In an article I wrote about Australian recording artist Lia Scallon’s previous international award-winning album Crystal Keys, I mentioned how her career path had diverged from being an actress who shared the stage with the likes of Cate Blanchett, Glenn Close, and Liam Neeson to pursuing a path of creating spiritually focused music. The release of her new album, The Luminous Pearl, finds her even more deeply immersed in what she sees as her Soul’s calling.

While her Crystal Keys CD focused on the energies of various gemstones, a thread of continuity extends to this new release as well. The title, The Luminous Pearl has an interesting story behind it that sheds some light, so to speak, on Lia’s journey and music. Luminous Pearls are an extremely rare type of fluorite crystal that have been highly sought after since the days of ancient China. They are said to be able to store light energy in the day and actually glow in the dark at night – a property called photoluminescence. Through a series of synchronistic events, Lia actually came into contact with one of these rare minerals. It had been in the possession of an 80 year-old female Taoist shaman from a remote village in Western China who was concerned with finding another female “caretaker” for it before she passed on. As destiny would have it, Lia became that person, and the visions that arose within her as she meditated on it played a role in the unfolding of this album. 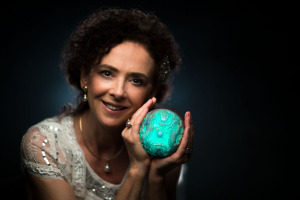 As a spiritually attuned vocalist, Lia sings in what she calls the Language of Light. These angelic invocations are created to facilitate healing and higher energies within listeners, who often report that they resonate with the music on a deep soul level rather than on a level of cognitive understanding. Lia’s sacred sounds have a mystical air about them, reminiscent of songs heard in movies like Avatar or Lord Of The Rings. In a previous article, I referred to her singing as “Enya-like. “ While this is a recognizable point of reference and is still relevant to a degree, her vocalizing has a transcendental quality all its own. On The Luminous Pearl, Lia has surrounded herself with a number of top-notch studio musicians who collectively have recorded with Joni Mitchell, Tina Turner, Annie Lennox, Steeleye Span, Yanni, and more. They include David Hudson on didgeridoo and Aboriginal vocals, pianist/keyboardist Mark Manock, Simon McMenamin on violin, viola, and mandolin, drummer Ben Hakalitz, and last but most certainly not least Nigel Pegrum on flutes and percussion who played a major role in the recording and production of the album. In addition to her heavenly vocals, Lia also added her talents on percussion. And I would be remiss if I didn’t mention the absolutely exquisite packaging and design of this CD, which includes an 11-page full color booklet with a wealth of information about every aspect of this production. I highly recommend that anyone considering getting The Luminous Pearl, buy the CD, rather than downloading it, as the reading of the booklet greatly enhances the overall experience of the album.

The recording opens dramatically with “Age of Wisdom “ as keyboards, violin, and cymbal swells set the stage for a choir of Lia’s multi- 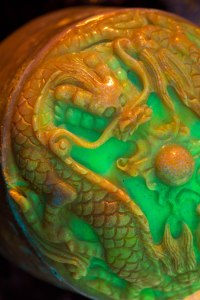 tracked vocals. The cinematic air alluded to earlier is evoked as Lia begins a spoken word narrative that was the impetus for my comparing this music to Avatar or Lord Of The Rings. Although the words are not in a language that is familiar to listeners, there is a mystical vibration to them that draws you in and prepares you to drift along with their flow without have to consciously comprehend their meaning. While this song goes straight to the heart, the next track. “Dreaming The World,” is more likely to get your head nodding and foot tapping with its propulsive earthy drumming and the didgeridoo of David Hudson, who is one of the top players in the world on this exotic instrument. The song also provides a surprise for fans of Lia Scallon’s music who are familiar with her mostly more ethereal ambience. I really enjoyed this new element in her sound and took it as a signal that Lia was charting new sonic territory, and it piqued my interest to discover what directions the album was yet to take. However, regardless of the instrumental accompaniment, Lia’s vocal incantations are unquestionably the centerpiece of each composition, and subsequent songs like “Being” and “Infinite Love” harken back to the kind of sound she is best known for. On one of my favorite tracks, entitled “Magnificent Gaia,” Lia’s Australian roots are referenced once again as the sounds of didgeridoo and drumming are reprised, although in a slower tempo than previously. In a perfect blend of earth and sky, her celestial voice floats serenely over the more terrestrial percussive influences. 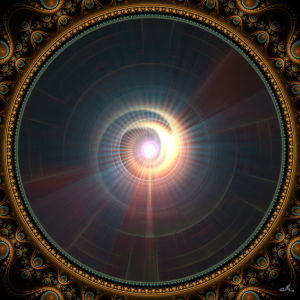 And speaking of floating serenely, on “Mystery of Life” the superb  flute playing of Nigel Pegrum wafts gently over the instrumental background as Lia provides a yin/ yang vocal performance alternating between softly spoken words and more dynamic singing. I also appreciated the tasteful percussion that added movement on “Light of Consciousness” and “A Radiant Heart,” which features one final appearance of the didgeridoo on the album. Another favorite was the oceanic ambience of “Healing Waves,” which was graced by some of Lia’s most ethereal echoed vocals. On the final song, “Joyful Inspiration,” the album ends as it began with a cinematic air – with piano, strings, and percussion providing an evocative atmosphere for Lia’s crystalline voice to enchant the listener one last time.

I have to agree with the statement that: “Lia’s angelic, vocal harmonics induce an immediate sense of deep calm and peacefulness. Accompanied by a beautiful Language of Light, they have the ability to touch the listener in a profound way.” In her words: “Music is a Universal Language that transcends all language barriers. It has the power to harmonise body, mind and spirit, and to elevate the soul. Since the time of our ancient ancestors, the ‘technology’ of sacred music and chants has been used to heal, charge and harmonize the being, on all levels. At its finest, earthly music is the echo of the heavenly ‘Harmony of the Spheres’.” With the focus of the album being on transformation, hope, beauty, and love, I’m sure that The Luminous Pearl will shine brightly among the musical offerings of this gifted artist. 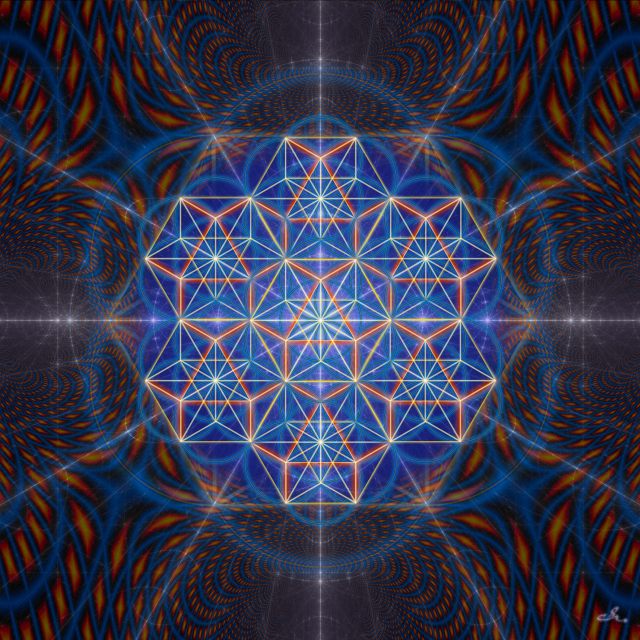