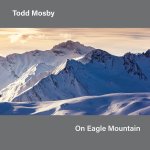 While many musicians create their own music, not many, I’m sure, create their own original instruments to play it on. However, guitarist Todd Mosby helped design and create one of the most fascinating guitar/sitar fusions I’ve ever seen. And man, can he play it! More on this innovative instrument later, but for now let me introduce and provide some background on this master musician.

Some of the earliest music Todd was drawn to was the bluegrass revival movement of the ‘70’s with artists like Doc Watson, Vasser Clemens, Bill Monroe, Earl Scruggs, and others in addition to the music of Joni Mitchell, James Taylor, and later into fusion, folk, jazz, and sophisticated pop. However, according to his bio: “A chance opportunity to catch a concert and workshop on Indian music in college opened up Mosby up to the winding microtonal capabilities possible in non-Western music, and he pursued these new paths with steely conviction. The music was so difficult, but I was so passionate about it. I used to get headaches and pass out trying to learn it.” Parallel to this, he became more spiritually centered through yoga and meditation, and his rigorous music practice routine slowly blossomed into a kind of prayer. These awakenings and introspection also led him to numerous charitable pursuits.”

Todd’s formal training has been extensive and includes a Diploma and various certifications from the prestigious Berklee College of Music in Boston, a Master’s degree in Music Composition from Webster University, as well as years of study with Usted Imrat Kahn where Todd made history as the only guitarist to enter the Imdad Khani Gharana of sitar musicians, India’s oldest and most respected musical family, dating back 500 years in an unbroken chain. All this has brought us to today, where Todd is considered one of the most highly regarded jazz guitarists and composers in the St. Louis area where he lives, and headlining every major jazz festival and playing every major venue in town, sharing the stage with some of the biggest names in jazz. He was also one of the first artists from St. Louis to enter Russia on a 3-city tour after Perestroika in 1994. In addition, his music has been featured in numerous films, television, shows, and advertisements. 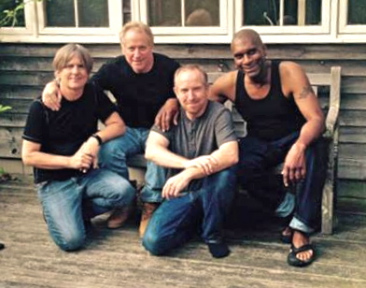 It’s been an illustrious career thus far, but Tom’s creativity is still picking up momentum and moving into even more adventurous territory. His stunning new album, On Eagle Mountain, was produced by Grammy winning producer and Windham Hill Records founder Will Ackerman, along with co-producer, studio wiz, and multi-instrumentalist Tom Eaton, whose own superb recent release I had the pleasure of writing about. Recorded at the iconic Imaginary Road Studios in Vermont, the album also features a number of Will’s A-list accompanists that I’ll mention as we get into discussing the tracks. But one of the stars of the album is not a person, but is the innovative instrument that Todd was involved in creating. The Imrat guitar is a 20 stringed hybrid sitar guitar with scalloped fretboard. It is the dream instrument of Ustadt Imrat Khan who had a major influence in the design of this unique acoustic instrument. Luthier Kim Schwartz, who was already experimenting in this field, was the builder and the instrument was tweaked to Todd’s performance specifications. The acoustic Imrat guitar is the first of its kind and serves as a musical bridge between the two eastern and western music cultures. There is also an electric version. Those interested in the technical details and back-story of this instrument can read more here.

In my interview with Todd, we discussed the theme of his new album, On Eagle Mountain. According to Todd: “This particular body of work revolves around a central locality theme of a mystical mountain where the elemental, animal, crystal/mineral and spiritual kingdoms resides. The project evolved from a personal experience growing up, in and around various mountain settings (Colorado, North Carolina, Missouri Ozarks), an acquired spiritual wisdom and understanding and a need to translate into musical sound what I experience emotionally and metaphorically.” 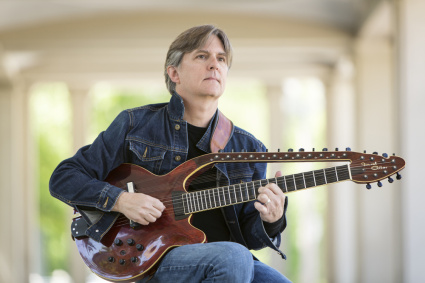 As we get into the album itself here, I must point out the gorgeous packaging that accompanies the CD. Included is a 15-page booklet with beautiful artwork, information about the album and individual tracks, as well as a Zen-like haiku that Todd has written for each song, expressing its essence. While many of the tracks are larger ensemble pieces, the album opens with “Spirit of the Mountain,” which features Todd on his Imrat guitar, accompanied only by Tom Eaton on synthesizer strings and textures and singing bowls. The music is quite spacious and ambient, creating a dreamy atmospheric vibe that draws the listener in. If I hadn’t read about the various features and sounds that the Imrat guitar can create, I would have thought that a number of different instruments were being played. It was also interesting to hear the amount of reverb and echo effects that were used, which are not as often found to that degree in other recordings I’ve heard coming out of Imaginary Road Studios.

From there we take flight with a short piece called “Soaring,” that is another duet – this time with Premik Russel Tubbs on electronic wind instrument, a kind of flute or horn synthesizer. Premik has worked with everybody from Carlos Santana to Ravi Shankar, Sting, Whitney Houston, and many other well-known artists. Here the combination of his airy flute sound with Todd’s Eastern-influenced drone sounds is transcendental. A track entitled “Eagle Mountain” brings in a larger ensemble. On this one, in addition to Todd and Premik is world renown fretless bassist, Michael Manring,  percussionist Jeff Haynes who has played with the Pat 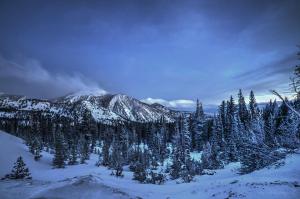 Metheney Group, and the maestro himself, Will Ackerman on rainstick. It’s interesting that Todd described this song as having been composed “during the coldest week of the coldest month of the coldest year ever in the mountains of Vermont while living in a cabin with only a wood stove for heat. However, there is no trace of icy ambiance, and the song is actually quite warm and inviting in its sweet rhythmic flow. Perhaps Todd was channeling the warmth of that wood stove.

And speaking of rhythm, “Falling Light” absolutely launches itself right out of the gate on an up-tempo romp that showcases Todd’s impressive guitar chops in a somewhat jazzier context. Yet in a yin-yang contrast the song drops into a more introspective section in the middle graced by the ethereal vocalizations of Noah Wilding, who also does an impressive chant section towards the end that was inspired by Will Ackerman. And making their introduction on this album are violinist Charlie Bisharat, who is best known for playing with Yanni and John Tesh, and bassist Tony Levin, who records and tours with Peter Gabriel and King Crimson.

With 7 more songs to go on the album, I won’t go into detail about all of them, but will share what were, for me, some of the many highlights. A much more introspective piece is “Colorado Missouri,” that features the haunting English horn playing of Jill Haley along with Tony Levin on bass. Todd’s haiku for this piece, which perfectly reflects its spirit, is: 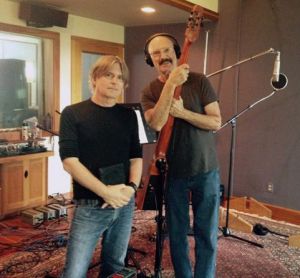 A song called “Jack’s Fork” captures the feeling of floating down an exquisitely scenic river, and also features whatTodd describes as “a rare, maybe the only recorded bass solo performed by bass legend Tony Levin at the end of the song.” I have to say that out of the dozens of albums I’ve written about that Tony Levin played on, I don’t ever remember hearing him solo like this – so a rare treat indeed! Joining a number of the aforementioned accompanists on a tune called “Spirit Dancer” is cellist Eugene Friesen, who is known for playing with the Paul Winter Consort. I loved the toe-tapping, jazzy, free wheeling energy of this song, and especially Todd’s exceptional guitar work, which alternated between his regular guitar and sitar sounds – definitely one of my favorites. I could easily hear the influence of guitarist Pat Metheney, who Todd cites as one of his guitar heroes.

In contrast to this intricate ensemble playing, the next song, “Ode to Joe,” is the only solo track on the album, which highlights the fact that Todd’s elegant and expressive guitar playing is equally enchanting on its own. The next couple tracks, “Moon Song” and “Mountain Lullaby” lean towards the quieter, more reflective side of the musical spectrum, and are both quite lovely. The album draws to a conclusion with “Star Song,” which features the alchemy of Todd’s sparkling guitar work blended with ethereal vocal textures, percussion, and interestingly, both Michael Manring and Tony Levin on bass.

While On Eagle Mountain will certainly have a wide appeal, I would say that anyone who loves guitar music in particular, should not miss this one! The album is a mélange of exotic ingredients that alternately sizzle and simmer to delight the musical palate with flavors of new age, contemporary instrumental, jazz, and world music. Todd Mosby is a guitarist’s guitarist whose exceptional compositional sensibilities and impeccable playing technique create one of the most compelling albums I’ve heard in a while. Todd’s skills as an arranger are inspired, and as to be expected from Imaginary Road Studios, the album is masterfully recorded. The range and integration of Todd’s diverse influences is exceptional which led Will Ackerman himself to say of Todd: “Somehow he manages to synthesize these disparate elements into a singular musical voice that is unique in my experience… and ‘unique’ is not a word I throw out easily or frequently.” I was consistently impressed with everything I heard over the course of this listening experience  and have no doubt that this album will bring a much wider recognition and appreciation for the talents of guitarist Todd Mosby.