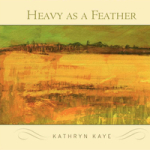 As I mentioned at the end of my review of Kathryn Kaye’s excellent debut album Dreaming Still, plans were already on the drawing board for her next recording and that it would certainly be something to look forward to. Now, here it is, just about one year later, and it didn’t take a crystal ball to know that this sequel would be a fulfillment of that prophecy. Kathryn has done it again in grand style.

There’s an old saying: “If its’ not broke, don’t fix it.” Referring in this case to the repeating of a formula that worked so well on the previous CD and applying it again with the same stellar results, perhaps even better. The elements of that alchemy include Kathryn’s evocative compositions and grand piano expressions, produced by Grammy-winning Windham Hill founder Will Ackerman at his Imaginary Roads studio in Vermont, with mastering by Corin Nelsen, and a new addition to the team, recording engineer Tom Eaton. And last but not least, the accompaniment of a number of world-class studio musicians, some of whom graced her first album. 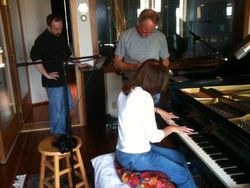 The term “world-class” is sometimes over-used or over-hyped, but in this case it is definitely warranted. Returning is violinist extraordinaire, Charlie Bisharat, who has played with Yanni and John Tesh. Also reprising their appearances are Eugene Friesen on cello and Jill Haley on English horn – both veterans of numerous sessions with Will Ackerman – who, incidentally, adds acoustic guitar on two tracks. On fretless bass, another frequent Ackerman collaborator is the ever-innovative Michael Manring, as well as bassist Tony Levin, known for touring with Peter Gabriel, as well as being a session musician on literally hundreds of albums. With percussion by Ramesh Kannan, and additional instrumentation by recording engineer Tom Eaton on accordion and rainstick, the cast is complete. However, as on her previous album, the accompaniment, like fine caviar, is used in moderation, and not on every track. In fact, four of the eleven pieces are solo piano.

Some of Kathryn’s compositions, for me, are like musical portraits that evoke the earthy ambience and subtle shadings of an Andrew Wyeth painting. In the words of Wyeth himself, “To be a great artist, requires emotional depth, an openness, to look beyond self to the subject, and passion. A great painting then is one that enriches and broadens one’s perspective.”  And so it is with the music of Kathryn Kaye, which resonates on an emotional level with the listener and inspires vision in the mind’s eye. The opening track, a sweet piano solo, entitled “Mountain Laurel” is a perfect example. Within its’ serenely sylvan melody is revealed a depth for those with ears to hear. The nature theme continues on the second track, “Meadow Morning,” which is peaceful and pensive, but with a touch of wistfulness in the air. This is one of the larger ensemble pieces, yet it’s understated interplay maintains the delicate demeanor that characterizes the album. 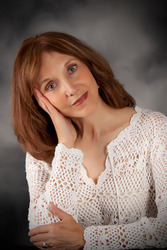 As pastoral as Kathryn’s music can be, she also ventures into other landscapes, such as the decidedly more urban vista of “An Empty Street In Prague.” The music so perfectly captures the essence of the title that it is hard not to feel like you are there, your lone footsteps echoing down the cobblestone corridor of the city. But it is not long before we are back in the welcoming arms of Mother Nature on track four with “Wind In The Tall Autumn Grass,” a lovely piano and cello duet. On “Earth,” another of the larger ensemble pieces, the accompaniment, again, is painted with a light touch that adds contrast and context while keeping the piano in the foreground. Interestingly, “Summer Afternoon” inhabits similar affective space as the aforementioned “Meadow Morning” with its peaceful presence tinged by a wisp of longing. The title of “How Deep, How Simple” mirrors some of the qualities of Kathryn’s music, with its reflective melodies that are unpretentious on the surface while illuminating deep waters below. Speaking of titles, the music on the title track “Heavy As A Feather” does a wonderful job of depicting a portrait in sound that has a lightness of being yet is counterbalanced by a subtle sense of gravity. Beginning with the single tolling of a bell, a brief solo piano interlude appropriately entitled “One Last Quiet Breath” draws the album to a mellifluous conclusion.

Although there has been no mention (yet) with regard to the next CD, it is unlikely that Kathryn’s fans will cease calling for an encore until she obliges and paints yet another haunting musical masterpiece in colors of earth and sky. 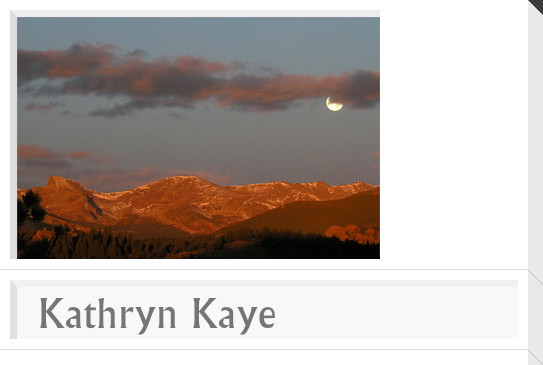