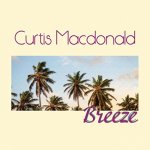 If anyone does a great job of reflecting the many faces of southern California in music it is keyboardist/composer Curtis Macdonald. A previous release of his which I wrote about and enjoyed immensely was entitled Los Angeles. That album celebrated a number of iconic landmarks from around the city and drew inspiration from Curtis’ love of the film noir era of the 1940’s and 50’s. While his new recording, Breeze, as the title implies, reflects more of the fun and sun vibe that the area is known for.

Curtis describes the album as: “Celebrating the release of obligation with a tribute to sunrise horizons and moonlit beaches.” In our interview he went on to say: “The inspiration for the collection was one’s thought of escaping their own daily routine and what would be the soundtrack to that escape. I envision positive environments, a personal paradise that would be sometimes mysterious and adventurous to relaxing and serene. All the compositions portray an attitude of freedom, liberty and escape.” Blending his signature single line piano melodies with elements of new age, jazz, chill, electronica, and world beat music, Curtis’ music creates vivid pictures in the mind’s eye of the listener. 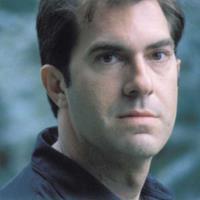 given his extensive background of working in film scoring. Soon after earning a Bachelor’s of Fine Arts degree in composition at California Institute of the Arts, he landed a job with film and television engineer/mixer Steve Hallmark and participated as a composer’s assistant with such shows as “Star Trek, the Next Generation,” and the revamp of the “Mission Impossible” series. He went on to do composing for industrial videos, computer games, commercials, art installations, and music libraries. Throughout his career he has worked with Disney, Paramount, Loramar, Universal, Sony Wonder, Warner Bros, and Mattel Entertainment. Curtis has also played in many bands, as well as releasing a number of highly regarded and award nominated albums, with Breezebeing the twentieth on his own CMMP record label.

One of the things that make Curtis’ music so popular and accessible is his finely tuned melodic sensibility. In his words: “I search for simplicity and memorable occurrence with my melodies. I have appreciated many popular musical styles throughout the decades and that has had a major influence on how I construct my music. If the melody repeats in your ears at a time when the music is not present, then I’ve accomplished one of my goals in the creation of my art. My music is very personal. My melodies represent my feelings and are derived from digging deep into my previous experiences. I’ve known throughout my life that I’m a high empath, which is that I can feel strong emotions from others and can recall emotional memories with such great feeling. I compose from the heart and reflect such memories and emotions in my music. Many personal stories are in my music and I’m happy to share them. Why I chose to only compose instrumental music is so those of all nationalities all over the world can hear them and maybe hear a reflection of their lives within the music.” 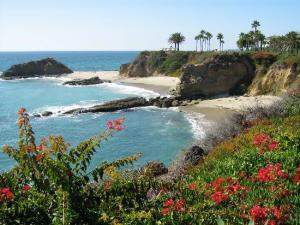 So without further adieu, let’s escape on a getaway and fly with the wind on the music of Curtis Macdonald’s Breeze. Right from the very start, there is a buoyant effervescent quality to the opening track that brought to mind the iconic tune, “Celestial Soda Pop” by Ray Lynch, as a bouncy electronic sequence sets the stage for the journey. One of the things I’ve always appreciated about Curtis’ music is how exquisitely detailed and layered it is – a tribute to his skill as a composer and arranger. With regard to the next piece, Curtis shared: “The title track ‘Breeze’ depicts that one moment when you finally remove yourself of the mental responsibilities and accept the thought of letting go. This track became the cornerstone to the album and from there I began envisioning multiple scenarios of events and scoring the mental imagery.” Its happy upbeat groove makes you feel like taking a deep breath and just going with the flow.

As mentioned, some of Curtis’ music is quite personal, and a track called “The Sun and Your Smile,” particularly is. In his words: “The love I have for my soul mate Vivianne was the inspiration for the track “The Sun and your Smile.” I captured that moment of relaxed realization of unity when we’re together, along with how she makes me feel.” Not surprisingly, there is a warm romantic feel that is captured in the mellow ambiance and laid back tempo of this piece. He goes on 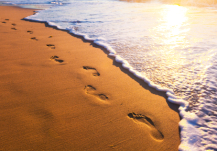 to describe the next track in this way: “’Shadows on the Shore’ reflects many sunset drenched moments I encountered while strolling along the Pacific coast beaches in California during times of reminiscence.” That visual image is easy to certainly easy to imagine while listening. I particularly liked the contrast and balance between the very present and grounded rhythm track and the dreamy, lost in thought feel of the piano and synth layers.

With 12 tracks on the album, I won’t go into detail on all of them, but what follows are some of the highlights for me. One of my favorite newer instruments is the hang drum (pronounced hung), a metal UFO-shaped instrument that sounds a bit like steel drums when struck with the hands. This exotic sound is heard creating the Island-like groove on a track called “A Day Not So Far Away.” I didn’t expect it and it was a lovely addition. There is definitely a tropical feel to a number of the songs as indicated in titles like “Calm Islands,” “Enchanted Sands,” “Lazy By The Bay,” “Passenger In Paradise,” and more. Of the album’s last piece, Curtis describes: “The final track “On the Waves of 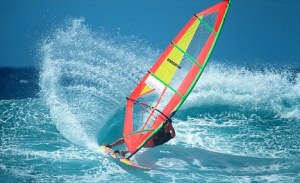 Freedom” blossomed from watching the windsurfers in Ventura. The open ocean and nature’s wind combined with the skill of these athletes stirred my emotions and I wanted to seize that with my music.” I really liked the upbeat contemporary electronic groove of this piece that does capture a wind in your face feel and the sense of freedom that this album is all about. A perfect ending!

I must call attention once again to Curtis’ well-developed skills in composition and arranging. Every piece held my attention from start to finish with their blend of elements, intriguing twists and turns, and little surprises that pop up unexpectedly. His interweaving of influences from smooth jazz, electronic, chill, new age, and more is a trademark that defines Curtis’ unique style. There is a joyous carefree quality to this music that draws you in and takes you along for the ride – one that you don’t want to end. I absolutely love this album and know that I will return to it frequently as my own little musical escape.