Among the most awe-inspiring vistas I’ve had the pleasure of viewing are the red rock canyon lands of Sedona, Arizona. In addition to natural beauty, their energy has served as a magnet for spiritual seekers as well. One recent transplant to this primordial landscape is pianist and Steinway Artist, Louis Landon, who in addition to composing and performing music likes to spend his time hiking the rugged backcountry trails. While Ray Charles may have had Georgia on his mind, Louis’ latest album is inspired by the grandeur of his new home in Sedona. Geography, however, is not his only inspiration. As someone who considers himself as a “pianist for peace,” Louis sees his life as a threefold mission: “1. To create a more loving and peaceful world by writing, recording and performing, music from the heart. 2. To inspire people to live passionately and joyously! 3.To heal and awaken people through music and mentoring.” His deeply held belief is that: “music is the most significant and likely medium to bring peace and harmony to a weary, and war-torn world.”

From an early age, music played a major role in Louis’ life. Growing up in a creative household, his dad was 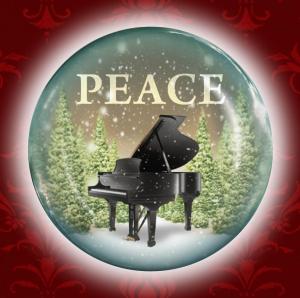 involved in the entertainment industry, which afforded Louis the opportunity to meet many famous celebrities. He began to play the piano at the age of 5 and, according to his bio, his parents decided to give him lessons after he came home from seeing the movie, “Around The World in 80 Days,” then sat down at his dad’s upright piano and played the movie’s theme from memory! Over the years, his interests swayed like pendulum as he moved from piano to electric guitar, influenced by the likes of Jimi Hendrix and Eric Clapton, and then back to piano. He eventually attended the world-renown Berklee College of Music in Boston where he prepared himself for a career as a professional musician. This was a fertile period for Louis and he had the opportunity to share the stage with many well-known musicians including James Taylor, Crosby, Stills, & Nash, Bonnie Raitt, and many others at the historic No Nukes concert at Madison Square Garden in 1979. Louis also appeared on the album and film of the event, which was released a year later. He eventually branched out into producing music for film, television, and video, as well as directing TV specials, and even playing classical music on tour with ballet legend Mikhail Baryshnikov! 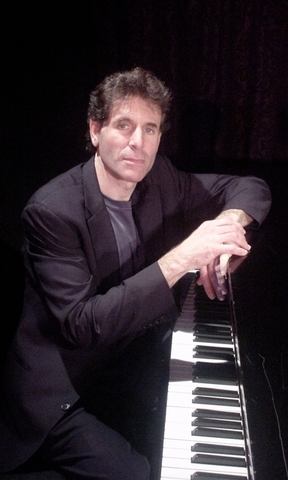 This represents a very small fraction of Louis’ extensive musical background. More can be read at his website, but its time to shift and focus on his more current solo piano music. His 2005 debut release in this genre was characterized in the prestigious Keyboard Magazine as: “melodic, optimistic, and peaceful. His playing and compositions are sensitive as they are complex and, a diverse range of influences is more than apparent.” A number of other releases ensued, leading up to his latest, Sedona On My Mind. The album opens with the title track, which, to my ear, had a bit of a pop feel to it. When it transitioned from the first verse into the chorus, I was reminded momentarily of the style of Billy Joel. But Louis is a unique stylist and I appreciated the various influences that surfaced in this composition. I thought I even heard a brief trace of Latin jazz about two thirds of the way in. A more introspective feeling characterizes the next piece, “Wide Open Spaces,” with its lovely descending progression and appropriately spacious ambience. There is a cinematic quality to a track called “Spring has Sprung,” that is one of the most original sounding solo piano pieces I’ve heard in a while, and shines a spotlight on Louis’ keyboard virtuosity. As one might expect with a title like “Leave the Past Behind,” a sense of drama permeates the composition, evoking the emotions that might accompany the challenges of moving from one phase of life to the next.  I was impressed with Louis’ stylistic range as he went from the feel of that piece to the soft pastoral strains of “Beautiful Day” on the next track, and then on to the more melodically and emotionally complex classical influence heard on “Silent Movie.” Not only is there compositional diversity heard from track to track, but often within the structure of a single piece, such as on “Silent Movie,” which flows masterfully through a number of contrasting movements in a tour de force performance.

classic Windham Hill sound, made famous by artists such as George Winston and Liz Story. As much as I greatly enjoyed that track, I also found the upbeat and sprightly cadence of “Sailors Song” to be quite likeable as well, and an interesting change of pace. Being a musician who mostly plays in 4/4 time, I’m always intrigued to hear others who play in different time signatures. Such is the case with Louis’ composition called “Play in Seven.” Accordingly, this piece has a bit of a different feel, but I found it quite appealing. The mood shifts considerably on the next piece entitled “Is This Good-bye?” I found it’s melancholy strains to be dramatic and emotionally evocative yet in an interestingly understated manner that highlights his impressive dynamic range. 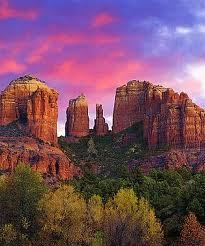 While some pianists are virtuosos in their playing and others may not be as technically proficient but have great emotional content in their music, Louis Landon brings it all together with impeccable style and grace. His work covers diverse compositional terrain, incorporating influences of classical, new age, jazz, pop, and more in a mellifluous spectrum of moods and musical colors. Like the natural beauty of Sedona itself, Louis’ music is a blend of elements encompassing earth and sky, at times flowing like water, and at others, burning with passionate fire. I’m greatly impressed with his artistic abilities and look forward to hearing more from this talented composer and performer in the future.