Described as “a poet who expresses himself through his music,” Harrison Edwards is a multi-instrumental musician and composer, as well as being a novelist. His latest CD release, The Undiscovered Horizon, follows his previous three successful albums, each of which was in the Top 100 on New Age radio airplay charts.Harrison’s CD, The Spirit of the Mountain was in the Top 100 for an impressive five months and his Mother Earth Symphony peaked at number 4, both garnering extensive radio airplay around the globe. The music for The Undiscovered Horizon was years in the making. Harrison originally started on it while simultaneously working on a novel, but he eventually put the album on hold to finish his writing. However, when he came back to it, his desire to compose and record again was in full swing. In his words: “By the time I was ready to work on music again, I had a plethora of ideas and a ton of pent up desire to write music. The actual music probably took a year to write. It came pouring out faster than I could keep up with it. And it probably took another year to finish the arranging, recording, and mastering.” He goes on to say: “Very few things in my life are as fulfilling as composing an original piece of music.  When a pure moment of inspiration strikes, it is like having the energy of the universe flowing through your veins.”

Interestingly, for someone who composes exclusively on keyboards, his involvement with them didn’t begin until his early twenties when he started taking piano lessons, as well as teaching himself music theory. Harrison’s first instrument was actually the drums, which he took lessons in starting at the age of 10. He went on to spend years as a drummer in bands playing music that ranged from The Beatles and Rolling Stones to the complex progressive rock of Yes and Genesis. Ever the musical explorer, he is currently learning to play acoustic guitar and Native American flute, and intends to incorporate them in his future recording projects.

Harrison describes the music on The Undiscovered Horizon as “a mix of big, dramatic contemporary 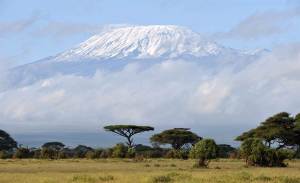 instrumental pieces featuring blends of exotic synthesizer sounds, piano, percussion, strings and acoustic guitars.”  The album opens with a track called “Kilimanjaro,” which like the mountain it is named after certainly fits the above description as “big and dramatic.” The music grabbed my attention right from the start as bubbling electronic textures and massive analog synthesizer pads create a powerful introduction, which gives way to a more subtle arpeggiated piano pattern punctuated by strings. One thing I noticed in listening to this first piece is that Harrison’s music is extremely dynamic. It doesn’t stay in one place long, as it transits through a series of intricate movements. There is a definite classical influence to this composition and perhaps a bit of his aforementioned progressive rock background. Similar influences are also heard in the next track, entitled “Usambara,” which like the one that preceded it is also named for a mountain in Tanzania. The music is equally grand and majestic.

An aspect I really liked about the title track, as well as in Harrison’s music in general is that you never know what is going to happen next. This, to me, makes it incredibly interesting and full of surprises, with intriguing twists and turns melodically and instrumentally. It also shines a spotlight on his skill as a composer and arranger. Sections on a track called “Eye of the Storm” brought to mind the 70’s classical rock music of Emerson, Lake, and Palmer, one of my old favorites. The next piece, “Peaceful Earth” was originally slated to be the name of the album. Although as Harrison explains: “Originally I was locked in on the title “Peaceful Earth.” However as I listened to the collections of songs, there wasn’t much that I would say was peaceful. Most of the songs are pretty high-energy, turn up the volume kind of compositions. It was actually the artwork for the CD cover that prompted the change in title.” 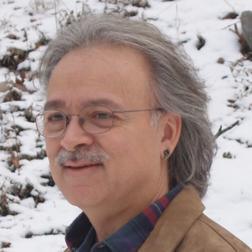 Two strictly orchestral songs on the album, “A Walk Among the Trees” and “The Forest Cathedral” reveal Harrison’s neo-classical side without any of the other influences found in most of his tracks. Yet, as if to show his incredible stylistic range, a short interlude called “Flight of Fancy” leans toward the electronic, almost techno side of Harrison’s creative spectrum. As one could probably surmise from it’s title, a peaceful track called “Singing With Angels By Waterfalls” is the album’s most new age-oriented song and is quite lovely in it’s heavenly ambience. A very interesting change up follows on “A Prelude & Spanish Dance” with it’s clicking castanets and Latin flair, which I quite enjoyed. The album draws to a conclusion with the appropriately named “The Setting Sun.” This was one of my favorite tracks and I particularly appreciated the contrast of the percolating sequencer and the layers of symphonic synthesizer strings accented by cymbal swells and percussion.

The music of Harrison Edwards is certainly adventurous, taking the listener on a sonic journey through a diversity of exotic soundscapes. Some of his non-music interests include mythology, spirituality, and cosmology. I mention this because in some way I feel that these pursuits find their way into the music. Many of these tracks could easily work as a soundtrack for a science fiction film. For me, The Undiscovered Horizon was a stellar listening experience, and I again want to emphasize Harrison’s abilities as a composer and arranger, especially in the way he adds a continually morphing quality and flow to his compositions. I have no doubt that this current release will find as much chart success as his previous albums, and indeed, likely even greater success, as listeners become more familiar with this superbly talented artist.