If I were asked to write a one-word review of Journey Around The Sun: A Mayan Odyssey, that word would probably be “wow!” And perhaps followed by another exclamation point or two if space permitted. This new release by Bill Wren and Frank Ralls can best be described as epic on every level – including the concept, song writing, musicianship, arranging, orchestration, and even the packaging and promotion. But let’s begin at the beginning… the concept.

One thing I greatly enjoyed about rock music of the 60’s and 70’s were “concept albums.” Groups like Pink Floyd, The Who, Jethro Tull, The Moody Blues, and others put out records that told a story from beginning to end. Storytelling in this form is all but a lost art form in today’s abbreviated world of sound bites, texting, Twitter, and downloading of mp3 singles, where even full-length CD’s are becoming an endangered species. But lo and behold, Bill and Frank have created a genuine concept album, with a theme that, while ancient, intersects perfectly with the present. The liner notes provide a bit of story narrative, while the music and the listener’s own imagination are best left to fill in the details.

According their press release: “Bill Wren had become fascinated with the Mayan civilization and, in particular their 2012 prophecy. Drawing on his deep respect for the Mayans and their highly advanced ways, Wren envisioned a concept album centered on a voyage of exploration and discovery; Journey Around the Sun was born.” From this seed idea, Bill began, on his own, developing the initial compositions, which he eventually brought to Frank Ralls for development and through extensive collaboration the pair brought the project to fruition. This was not the first time they had worked together, having previously created their debut CD entitled One Day In A Life, which hit #1 on FM new age music radio stations around the US in 2010, and was picked up by Sirius XM satellite radio. The same is true for Journey Around the Sun. Each with their own strengths, there can be no doubt that Bill Wren and Frank Ralls make a formidable creative team, as their music and accomplishments attest to.

The odyssey begins with cinematic flair as the curtain rises on a brief intro entitled “Winter Solstice 2012. As might be expected on a concept album, the songs are all connected and segue artfully from one to the next, maintaining a sense of thematic continuity and fostering the feeling of being on a voyage. As we sail into track two, “Between Heaven And Earth,” it starts to become clear, given the level of the orchestration and the diversity of cultural influences, why I chose to describe this music as “epic.” I am also happy to be able to direct the reader to the album’s website, where there are a number of videos that show this music being performed live with an orchestra, as well as an informative behind the scenes interview with Frank talking about the making of the album – an extremely well produced video with graphics that look like a trailer for a major Hollywood film.

In reviews I sometimes like to give a song-by-song account, however given the aforementioned diversity and complexity of each of the 14 tracks, this would make for a prohibitively lengthy description. However, an overview of the various elements involved may provide some helpful perspective. This would be a good time to mention some of the other people who lent their talents to this project. Also from the press release: “Co-arrangers on the CD were Terry Winch, who has a long association with Disney and their theme parks, and Ike Sturm, a rising star on the jazz scene who is currently touring Europe with his “Jazz Mass”, which garnered a favorable mention in Downbeat Magazine. Guest artists included violinist Philip Pan, concertmaster of the Jacksonville Symphony Orchestra, vocalist Michelle Amato, who toured with Yanni on his Ethnicity tour, guitarist Sandy Williams, who will be featured on PBS with Michael Feinstein’s American Songbook (late 2011), and many others, all of who have notable musical chops.”

Within the diverse tapestry of world musical influences woven throughout the album are threads of Spanish guitar, Celtic-style penny whistle, gypsy violin, Middle Eastern sounding hand drums, Indonesian gamelan, and much more. At times it can be a challenge to identify a particular sound, especially an ethnic instrument since it is out of its traditional context. But that air of mystery just adds to the exotic flavor of the music. In addition to these sonic spices, there are a wealth of Western instruments including synthesizers, guitars, bass, flute & piccolo, violin, viola, cello, French horn, trumpet, trombone, piano, drums, percussion, and more, as well as female vocals. I can hardly say enough about the arrangement, orchestration, and sense of dynamics on Journey Around The Sun – just exquisite. Kudos to Frank for his contribution on this aspect of the production.

There are many highlights, but perhaps my favorite is the title track, which I found enchanting. With its interesting time signature, cool rhythmic elements, and atmospheric textures, it reminded me a bit of the ground breaking Windham Hill band, Shadowfax. On “Apocalypse Island” the combination of earthy bongo-style drums providing an undercurrent for the lush orchestration was as unlikely as it was evocative. The album arrives in port on an uplifting note as neo-classical piano and strings create a wonderful sense of closure and journey’s end on the final track entitled “Eternal Hope.” And while that may be the completion of the musical tracks, I should add that this is an “enhanced CD” and includes two bonus videos of tracks from the album being performed lived with a full ensemble that provide a stunning visual image of the aforementioned orchestration. This is just another example of how above and beyond Bill and Frank have gone to create a visionary presentation of sight and sound, that is, dare I say it one more time… epic. 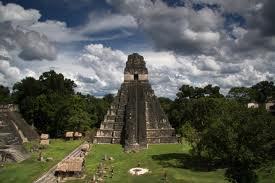