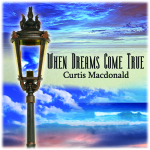 As a huge fan of both contemporary jazz and ambient electronic music, the new release by keyboardist Curtis Macdonald entitled When Dreams Come True is definitely speaking my language.  His music combines the best of these genres with elements of pop into a highly accessible style that can range from laid back to more energized. For lovers of this kind of music, Curtis’ catalog is a gold mine with this being his 17th album on his CMMP record label. His roots in music are deep and include growing up in a family that was involved in the entertainment industry. This LA-area artist graduated from California Institute of the Arts in 1986 with a BFA in composition and went on to carve out a niche for himself in the growing genre of new age and contemporary instrumental music, which he played a role in bringing more into the mainstream.

In speaking of his compositional style, Curtis shares that: “I enjoy composing instrumentals with melodies that you can remember. I embrace every style of music due to my involved studies at Cal Arts and throughout my musical career I have applied my love for jazz into most of my work. Having an improvised solo somewhere in the piece grants me to have an expressive moment that captures my artistry and allows me to show an appreciation to an art form that has influenced me since introduced to me as a child.” Particular artists who have played an influential role in his life include Bill Evans, Bob James, Vince Guaraldi, and Vangelis. A previous album by Curtis entitled Everlasting received GRAMMY consideration for Best New Age Record as well as placing in the New Age Reporter Top 100 Recordings of 2007. His song “Hope and Faith” was a top 10 hit on Sirius Satellite Radio for a straight 20 weeks. In addition to recording albums, he has extensive experience composing for various music libraries with numerous placements in film, TV, radio, and interactive media. 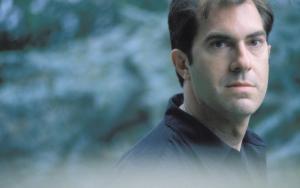 The inspiration for Curtis’ compositions is drawn from real life experiences he has had, which I am sure is part of the reason they create a resonance in the listener on an emotional level. I know they do for me. It was interesting to hear what he had to say about this: “Each one of these compositions is dear to my heart due to the inspiration that led to creating them. As I began the creative process, I would fall deep into my conscience and experience the emotions of events that have happened to me throughout my life. My melodies began to tug at the heartstrings and evolved into sonic stories of love and loss. A personal elation of an enduring relationship to the passing of friends and family, my music in this collection has become the best representation of the sensitive and romantic side of me as an artist.”

The music piqued my interest right from the start on “All Roads Lead To You,” as a delicate repeated piano phrase lingers in the air over an ethereal synthesizer texture before a contemporary-sounding mid-tempo groove lays down a rhythmic foundation that is sure to get your toe tapping. The vibe is bouncy yet well-chilled. The romantic side that Curtis alluded to earlier is apparent in the “Holder Of My Heart,” with its lush orchestration and emotive piano melody. This track also gave me a sense of his skill as an arranger in the way it unfolds and evolves through various movements. I particularly liked the subtle electronic sounds and textures that accentuate the piece. While the first couple tunes present a radio-friendly smooth jazz feel, the next track, “Diamonds In The Night Sky,” ventures into more melodically adventurous territory, although not so far as to loose the accessibility that is a trademark of Curtis’ music. One of the most interesting and unusual pieces is a track called “Through a Painter’s Eyes.” His choice of chord changes is quite different and striking and as the title implies, portray an artistic perception of the world that is perhaps more nonconventional than most. There is a particular piano phrase that occurs in places that reminded me slightly of “Kiss From A Rose” by Seal, although in quite a different context here.

One of my favorite songs on the album is “No Place Like Home.” This piece could make a wonderful film soundtrack in the way it evokes the joy and comfort of familiar surroundings. Again, I love the way Curtis layers his piano with synth textures, angelic choir, and little electronic touches that give a contemporary feel to a timeless melody. An interesting juxtaposition of elements is found on a track called “Avalon,” with the yin of its airy ambience balanced with the yang of its Indian tabla-sounding rhythm adding a bit of world music influence. And speaking of rhythmic elements, I liked the reverb and echo processing on the percussive hits in “September” which brought to mind the ambient instrumental music of Patrick O’Hearn. Another favorite is “We Have Each Other,” which starts with a cool arpeggiated electronic sequence that becomes enveloped in a waltz-like swirl of orchestration, rhythm, and sparkling piano melody.  The album ends on an upbeat optimistic note with the title track that is a wonderful reminder of all the qualities that make Curtis Macdonald such a talented composer, arranger, and instrumentalist.

When Dreams Come True is an impressive offering from a music industry veteran. While it might sound contradictory to say, the album delivers both diversity and consistency at the same time. The songs are diverse in their composition and emotional impact, yet rhythmically consistent to provide a smooth listening experience. According to Curtis: “I wanted this CD to be mid tempo throughout and easy on the ears so the listener can enjoy the music in a relaxing state of mind, experiencing an engagement of beautiful and refreshing melodies from start to finish. Each listen should conjure up a new mental image, almost like a cinematic dream.” I think his description of the music as “cinematic” is quite accurate. Perhaps his years of composing music for film, TV, etc. have given Curtis the ability to create evocative songs that paint pictures in the mind of the listener.  I really like this album a lot and know that it will appeal to a wide range of music lovers for its relaxed yet animated energy and combination of tasteful piano melodies, rich orchestration, and easy grooves. I’m sure that for me, this album will become a treasured soundtrack for scenic drives or just chilling out. This new release by Curtis Macdonald lives up to its title in terms of being a dream come true as one of the most masterful blends of ambient and jazz elements that I have heard in a while. An excellent music video sampler from the album can be seen at this link:  http://youtu.be/3m7Typ4dbxk.