Nocturnes is the fourth album release from classically trained pianist Dan Chadburn, whose performance venues have included Carnegie Hall in New York, Symphony Hall in Boston and The Kennedy Center in Washington, D.C. Additionally, his choral compositions have been recorded and performed in the Concert Hall of The Kennedy Center. He has been featured (alongside other pianists such as Suzanne Ciani, Spencer Brewer and Robin Spielberg) on several compilation recordings produced for charitable causes. The seeds for Dan’s distinguished musical career were sewn early in life when he began taking piano lessons at the age of nine. His passion for the instrument never waned and he continued on to earn his Bachelor of Music degree in piano performance at Pacific Lutheran University. He subsequently went on to study in the Film Scoring Program at UCLA, where he had a number of notable achievements in this field. In an interesting and career-diversifying move, Dan later went to England where he earned a Masters of Music degree in ElectroAcoustic Composition from London’s City University. Flirting with the avant-garde, Dan experimented with unusual sounds that he transformed with audio processing. As he describes: “For one piece, ‘Dreams,’ I recorded and altered sounds made by various kitchen items such as jelly beans dropped into a bowl, spatulas hitting cake pans, water shaken in a jar, portable oven times, etc. ultimately creating a surreal collage of sound to represent what one might hear and see after falling asleep.” Although that sounds very cool to me it would probably give Martha Stewart nightmares!

While Dan learned a lot in this more experimental phase and it expanded his creative horizons, his music eventually gravitated back towards the classically influenced style he was trained in. However, fairly early on in his musical education, he found that he was drawn to improvisation as much as his traditional classical repertoire. In his words: “Not so much traditional jazz improvisation—with its general adherence to structures and patterns—but rather freeform, extemporaneous improvisation, “expressing whatever comes in the moment.” Improvisation plays an important role in the music he records and performs today as well. Dan was also influenced by some of the pop music he heard growing up in the late 60’s and 70’s as well by artists such as Elton John, Simon & Garfunkel, and Chicago, in addition to classical masters like Debussy, Chopin, Rachmaninoff, and more. He also cites great inspiration from his musical collaborator and life partner Tom Nichols. While Dan’s current music is sometimes classified in the New Age genre, he has an interesting perspective in it’s relation to classical music: “I think the two genres overlap in many ways, and may in fact, ultimately become one in the same… if not already. Certainly, ‘classical music’, in the traditions of Western music, has evolved through the ages; its periods now are many—Medieval, Renaissance, Baroque, Classical era, Romanticism, Impressionism, 20th century, etc. I think it’s reasonable to consider the idea that the New Age music of today may indeed be the latest period of ‘classical music’ in this, the 21st century.” 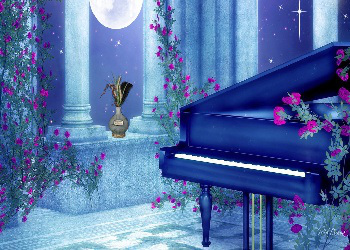 The inspiration for the music on Nocturnes draws from a number of diverse sources. Described as ‘a journey through the night’, Dan reflects: ‘Night has always been a special time for me. Much of my piano playing is done late at night and most of these pieces were composed at night. There’s a certain serenity that only the night hours can bring.” However, a series of events also provided impetus for the recording as Dan explains: “After the deaths of several good friends in a span of less than six months, I turned to the recording studio as a means of dealing with the loss. In its own way, spending time at the keyboard was very healing for me.” He also explains that for some time several close friends had been encouraging him to create an album of music to “inspire, soothe, and heal.” Nocturnes was the perfect vehicle for this. While the piano is, of course, the focal point of the album, Dan also scored light instrumental accompaniment and turned to several top musicians to provide it, including Helen Hausmann on violin and viola, Carole Libelo on English horn, and Marty Hackleman on French horn. Dan also added synthesized harpsichord and bass on one song, as well as soft synth strings to several of the tracks.

Night falls softly as the album opens with the appropriately titled “Twilight,” providing a gorgeous introduction to the recording. Knowing the abovementioned background of the project, I am perhaps reading into it, but for me, I sensed a tinge of sadness in the melody, along with a certain sweetness as well. But whatever, it was quite beautiful and sensitive. Dan’s sound has been characterized as having “sweeping melodies, resonating chords and rich textures,” and these elements are certainly present on the next track, “Anne’s Lullaby,” as well as on his music in general. The nocturnal theme continues on track 3, entitled “Stars,” and is the first of the collaborations, with a subtle horn melody providing accompaniment. The interplay of piano, viola, and French horn on “Abundance” is quite lovely, and reminded me a bit of the classic Windham Hill sound, as did a number of the songs.

A bit of the bittersweet quality I commented on in the first track is heard on a piece called “Mystery,” as piano and strings intertwine in an emotionally evocative dance. No less moving is the storybook-titled “Once Upon A Time,” another ensemble piece that along with it’s mildly wistful air is uplifting as well. Perhaps it is Dan’s background in film scoring, but there is a cinematic quality to a track called “On The Road,” that, to my ear, sounds like a perfect piece of music for a poignant moment in a movie soundtrack. Although the same could be said for a number of songs on the recording. Just as the album began with the fall of night on “Twilight,” it concludes with the dawn of a new day on “Sunrise,” a gentle tune with the piano melody lightly supported by the soft glow of a synthesizer string section enhancing the feeling of the first rays of the sun breaking over the horizon. 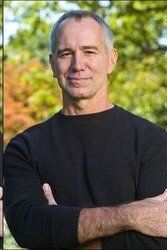 In looking back over the tracks on the album, I must say that I am quite impressed with Dan’s performance, composing, and arranging abilities. The blend of instruments, while often understated, is exquisite. In contrasting the music on Nocturnes to his earlier albums, Dan shares: “Compared to my earlier albums, I would say Nocturnes is less complex. And, because its primary intent is to calm the spirit, rather than stir it up, per se, its dynamic range isn’t nearly as broad as my other albums.” While there may be a lessening of the dynamic range, this actually works to provide a wonderful stylistic continuity and creates a graceful and affective ambience that endures throughout the album. Dan’s masterful blend of composition and improvisation that resonates with emotional expressiveness imparts a heartfelt quality to the haunting strains of Nocturnes.