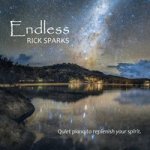 The title for pianist/ composer Rick Sparks’ latest CD release, Endless, was prompted in part by the magnificent picture of a starry night sky over a tropical lagoon, by photographer Ben Canales. Yet, on a deeper level, for Rick, the title also reflects what he refers to as “God’s endless love for us.” This spiritual focus is what is at the heart of this beautiful music that he creates, in his words, “ to feed the soul.”

The church played an important role, not only in Rick’s life, but also in his musical development. As he shares: “Mom

was a church pianist and organist and dad played guitar and sang in church, so my brothers and I got an early education in the spiritual power of music.” At only 15 years old, Rick began playing piano in church, and continued to do so for decades, including currently. He went on to earn a Master’s degree in piano, as well as holding a Ph.D in broadcasting and working as a professor of mass communications at Greenville University in South Carolina.

Rick’s musical universe is quite expansive and includes the genres of gospel, classical, pop, smooth jazz, and new age. In addition to being influenced by the church, Rick spent a great deal of time as a radio DJ in the 70’s and 80’s where he developed a great love for Top 40 music and groups like The Beach Boys, Chicago, and many more. Among his accolades are having accompanied The 5thDimension’s Marilyn McCoo and Bill Davis Jr. as well as gospel great Alvin Slaughter of Brooklyn Tabernacle in New York City. As time went on, Rick

became inspired by the piano-based music of George Winston and Vince Guaraldi, which influenced the direction of his current recordings. His love of this kind of music along with his background in broadcasting, led to Rick creating a new age station called “The Cove” on Live365 that is rated in the top 10% of 138 new age stations on that network. Among the wide variety of artists he features are pianist Kevin Kern, superstar trumpeter Chris Botti, and Dominic Miller who plays guitar with Sting.

Of all the musical elements, the foundation of Rick’s music is melody. In his words: “I love melody – every song on Endless has strong melody. I think that’s why I’ve always loved the music of The Beatles & Beach Boys… great melodies and harmonies.” In a most interesting selection for an opening track to his album, Rick has chosen “Beautiful” by Gordon Lightfoot. According to Rick: “The song is a tender, reverent tribute to the wonder of being in love; I wanted my arrangement to reflect that, starting with the slow, ethereal first verse and chorus. Maybe my choice to make it first on the album reflected my hope for the album as a whole, that it would be beautiful for the listener’s spirit.” In addition to Rick’s lovely and delicate piano melodies, the piece also includes washes of dreamy ethereal synthesizer and accents of acoustic guitar sounds played on keyboard.

An influence also heard on the album is Rick’s Scotch-Irish ancestry. One of the songs that reflect this is “Dream 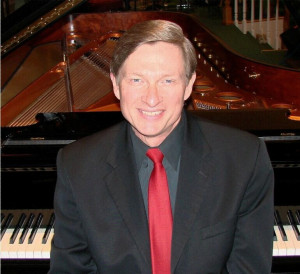 Angus,” which became a hit last year in Scotland with English folk singer Jackie Oates. Her hauntingly beautiful vocal recording inspired Rick to record an instrumental piano version with touches of rich string and choir orchestration. A love for Romanticism and the music of Rachmaninoff  shows through emotionally in the sense of longing and mystery in album’s evocative title track, which I found quite moving. On another note, Rick shares: “I was especially pleased to include a couple of songs which reflect both my Irish ancestry and my Christian faith: “Be Thou My Vision” (arranged by Tom Howard) and “Wexford Carol.” I didn’t plan for the original vocalizing bridge on “Wexford Carol” to morph into the English carol, “What Child Is This?” It just happened as I recorded that section. It sounded very natural, so I kept it in.” On these songs, I particularly enjoyed the flute accompaniment as well as the elegant string arrangements. Sandwiched between these two tracks is a song called “Portree,” composed by Bill Leslie and featured on his Scotland – Grace of the Wild release, which was the 2014 World Music Album of the Year, and also submitted for GRAMMY consideration. Rick was hesitant to send his version of the song to the original composer, but he found Bill to be most gracious and complimentary about what he called “a gorgeous arrangement that captured the magic of the song.”

Another composition with a great deal of emotional resonance is “At Rest.” As Rick describes: “I began composing this song the week after the tragic death of a troubled young man who was the son of a good friend. I wanted the song to comfort his family and musically reflect his final state of peace that he struggled to find in this life.” Continuing in this vein is the classic “Loch Lomond,” of which Rick says: “Like Russian music, the music of the Scots is strongly emotional, tragically so in the case of “Loch Lomond.”  That song is so iconic in Scotland, in my mind it has become almost like a national hymn. I tried to reflect that reverence in my arrangement, especially with the acapella voices at the beginning and end.” The album draws to a close with a quietly reflective composition entitled “Be Still My Soul.” According to Rick: “The last song almost didn’t get recorded. Just as I was ready to release the album, I decided to pull a song at the last minute – “Be Still, My Soul” was its replacement. The arrangement came very quickly and is probably my best performance on the album. It’s one of my favorite hymns, both lyrically and musically, and (I think) serves perfectly as the album’s final call to inner peace.” 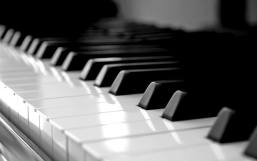 Rick credits pianists like Kevin Kern, John Adorney, and Jim Brickman for musical inspiration for his latest album. In his words: “I’m so impressed with how many great artists in this genre use a simple approach to produce powerful, affecting music – very much a ‘less is more’ philosophy. That’s the path I’m following now with my recordings.” Rick follows a similar direction with regard to his orchestration and arrangements. He has a wonderful sense of just what instruments to use and when to bring them in to perfectly accent his sensitive piano melodies. I appreciated how the accompaniment is used sparingly, yet effectively – never overpowering the arrangement, but supporting it elegantly. I enjoyed the diverse threads of musical influence in Rick Sparks’ music and the beautiful sound tapestry he weaves with them. Rick’s goal is to create music that “feeds the soul,” and he has certainly done that on Endless, an album full of grace, beauty, and spiritual inspiration.