Having listened to and reviewed numerous (and I do mean numerous) albums that listed Jill Haley as a session musician, its a treat to see and hear a CD under her own name showcasing the full range of her considerable musical talents. Many of the recordings she has previously performed on have been under the direction of Grammy-winning producers Will Ackerman and Corin Nelsen. For her own album, she has once again collaborated with Corin Nelsen, who served as co-producer and recording/ mastering engineer. Although Jill is an accomplished pianist, as evidenced by her work on this CD, she is most known for her choice of instruments that are not as much heard in this genre of music – namely the English horn and the oboe. Other than Paul McCandless, I’d be hard pressed to think of anyone in new age music who plays the oboe, let alone the English horn. That combined with her talents on those instruments make Jill a first-call studio musician for any producer looking to add those sonic colors to their production.

In addition to being a session accompanist, Jill plays original music in a trio with two guitarists called One Alternative – a group she has been with for almost 30 years and has released 6 albums with. She has also played the oboe and English horn in a number of symphony orchestras. With influences of classical, jazz, and folk, Jill brings a rich diversity to any project she is involved with. For her own new release, she adds the sound of David Cullen on guitar and bass, cellist Graham Cullen, and Dana Cullen on French horn. Having heard guitarist David Cullen on Heidi Breyer’s Beyond The Turning CD, which Jill also played on, I was impressed with his playing there, and appreciate his tasteful, supportive fretwork on this recording as well.

As can be gleaned from the title of the CD, there is a definite theme to the album. This one is actually a follow up to her previous release about Glacier National Park. The packaging of this new CD is exceptional and bears mentioning. Physically, it is longer than a usual CD case and is closer in size to a DVD box. Inside the glossy eco-package is a beautiful full color 12-page booklet with photos of the places in the park that inspired the song titles, along with a descriptive sentence or two about each photo. It is quite lovely and is a wonderful companion to the music within. 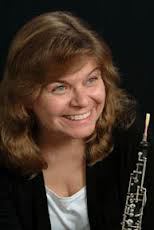 In addition to the natural wonders reflected in the photos and music, the liner notes contain a passionate ecological message that express Jill’s thoughts and feelings about the National Parks. This being an important part of the overall project, I will include an excerpt of it here. In Jill’s words: “The music found on this recording is inspired by the beauty and majesty found in Zion and Bryce Canyon National Parks in Utah. The National Parks are a precious resource in the United States that needs to be protected for future generations. Many environmental issues have an impact on the National Parks, such as climate change and encroaching development. This recording is dedicated to the National Park Service which is celebrating it’s centennial in 2016.”

As mentioned, Jill is best known for her exquisite playing on oboe and English horn, so it was a pleasant surprise to find what an excellent pianist and composer she is as well. The piano is the foundation for most of the compositions with embellishments by string and wind instruments. The warm woody timbre of the oboe provides a perfect accompaniment that glides gracefully over the piano arrangement, such as on the first track “Floating In The Narrows.” I particularly enjoyed the sweet alchemy of the oboe interweaving with the rich sustained tones of the cello on the second track. A composition entitled “Sunflower Cantilena” takes its name from an Italian word meaning “a little song,” and features both French and English horns. It was interesting to note their softness and warmth, qualities not associated as much with brass instruments.

A nice change-up takes place with track 5, “Cerulean Sky,” as the guitar makes its debut on the album and defines the structure for the piece, rather than the piano. Gentle arpeggios on classical guitar set the stage, soon to be joined, first by English horn and later by fretless bass – painting a musical tribute to the intense blue of the Utah sky as it contrasts with the earthy colors of the landscape below. And speaking of arpeggios, a flowing cascade of notes on the piano create an image in sound that evokes the waterfall in Bryce Canyon on a tune called “Tumbling Desert Waters.”

Lively strummed nylon string guitar along with fretless bass and oboe on track 8 energize the most up-tempo piece on the album – perfect for a song about sunshine. And just as sun and clouds create the interplay of light and shadow, so is the contrast with the next piece entitled “Paria Point,” which exudes a more wistful air. An interesting and thought provoking photo in the CD booklet accompanies a song called “Navajo Loop” and pictures two Douglas fir trees that have been growing through the red cliffs of Bryce Canyon for over 750 years. The album ends on an upbeat note with a track called “Waves Of Wind” that features an unexpectedly jazzy acoustic guitar solo by David Cullen that added a nice touch. As Jill envisions: “Amidst the quiet in Bryce Canyon an approaching wind is first heard and then felt. Sand swirls, pine branches rustle, and a rush of air is felt by the visitor to this special place.”

Jill Haley has done a magnificent job of capturing the spirit and evoking both the feel and natural beauty of these precious National Park lands in her instrumental “soundscapes.” It is music for a wonderful cause, and it was gratifying to see her step out of the role of a supporting musician and into the spotlight of her own creations. All in all, the album provides a peaceful and uplifting listening experience that is enhanced by the colorful photos that accompany the CD. 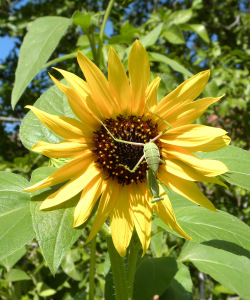 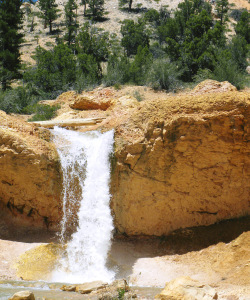