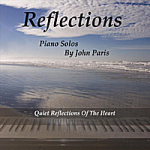 From performing with the Minneapolis Symphony, to sharing the stage with the Moody Blues and other headlining acts, as well as appearing on the Merv Griffin Show and Jerry Lewis Telethons, John Paris has had a rich and varied career that spans four decades. During that time he was leader, composer and arranger for the Las Vegas show-band Atlantis who played at the world famous Caesar’s Palace in Las Vegas as well as touring major cities such as New York, Los Angeles, Chicago, and more. His resume and credentials are extensive and impressive, but suffice it to say that he is a highly regarded professional who brings a wealth of real world experience to his music. While he has formal musical training from Concordia College and the University of Nevada, he was also “schooled” by a number of well-respected music teachers, including Dennis Sandoli who taught jazz greats John Coltrane and the Brecker Brothers.

While jazz is certainly a part of John’s musical DNA, it combines with flowing new age music on these exquisite solo piano excursions. His sound is a fusion of these elements and was “written and performed to be spiritually uplifting, healing, relaxing and rejuvenating.” He goes on to explain: “These pieces came to me spontaneously in a flash of inspiration. I simply open my heart to the Divine Sound Current and let my fingers express what comes through. Music has always been a very special part of my life. It has been my healer, mentor, doorway to spiritual evolution and comforter. As an artist, I venture to bring you to a warm familiar place… like the feeling before a long awaited homecoming.”

This last sentence is an extraordinarily good description of the feeling I got from listening to the first piece on the album, the title track. Beginning with tinkling arpeggios that evolve into a heart-warming and cinematic chord progression, I had a mental picture of coming in out of the rain to a cozy living room with a fire burning and a pot of tea on the stove. There is an eloquent emotional expression in John’s playing that draws you in and makes you feel right at home. He has both incredible technique and feel that is dazzling, yet always in service of the music and never showy or ostentatious for it’s own sake. On “Cold Winter Night,” John displays his range and flair for improvisation as he starts out with an ornate motif for about the first third of the song before evolving into a bluesy interlude that make use of space as well as sound as it progresses into jazzier territory in the second half. This is another quality I found admirable in his music – the use of diversity and the ability to combine unlikely elements in ways that makes it feel like they were meant for each other.

The haunting strains of Lady Moon” seem to tell a story that is open to interpretation by the listener. For me, it conjured an image of seeing the moon on a partly cloudy night where glimpses of its pale luminous presence appear sporadically in the dark sky. By contrast, “Joyful Heart” has a more airy feel and a lightness that is perfectly expressed in its’ title. I particularly liked “Early Morning” with its unexpected twists and turns that bespoke of a day filled with a multitude of possibilities. This spirit of optimism is also captured in a song called “Rollin’” with its upbeat air and feeling of forward motion. A perfect traveling companion for this song is track 11, entitled “In The Country” which has a kinetic quality and conveys a sense of expectation at what surprise may wait just around the next bend in the road.

The CD, which features 14 songs and extends over an hour, is tucked in for a peaceful conclusion with “Lullaby Of The Eternal Dreamer.”  This piece, perhaps the most sensitive on the album, displays a simplicity and sense of comfort befitting a lullaby and further illustrates the range of John’s playing and the variation in the emotional palate he composes from. This is a wonderful collection of compositions that could serve equally as a relaxing background or provide a more attentive listening experience.  “Reflections” is an excellent follow up to John’s previous “Journey Of Soul” release, and leaves me looking forward to hearing the recording he has planned for next year. 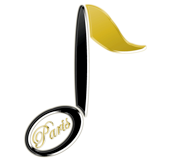