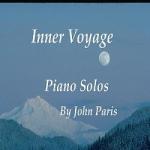 When I wrote about John Paris’ previous solo piano release, Reflections, I ended by saying that I was looking forward to the next one he had planned. Here it is a year later and his Inner Voyage CD has just set sail. In that earlier write-up, I detailed his extensive four-decade career that includes performing with the Minneapolis Symphony, sharing the stage with the Moody Blues and other headlining acts, as well as appearing on the Merv Griffin Show and Jerry Lewis Telethons. Additional details of his musical biography can be seen at the link to Reflections on this site. However, in this feature article, I want to focus more on John’s current music and creative process, including excerpts of an interview I had with this accomplished pianist.

We spoke about a number of specific songs that were particularly meaningful to him. The album opens with a track entitled “Golden Heart.” According to John, “the piece is dedicated “to special people I’ve met, including my wife, who have a deep love of all life. They shine with humility and a desire to serve humanity.” For me, the word that comes to mind in hearing the song’s intro is “elegant.” As it unfolds it reaches deep into the heart and resonates with John’s profound regard for these special people who have touched his life. In speaking of the album’s title track, John shares: ““Inner Voyage” was inspired by the passing of my grandmothers, both of whom, along with

my grandfathers, had journeyed to America from Italy as young people. It was an end of one era and a beginning of another for me. I thought of the journey they made and the trials they had to go through to get here and then succeed in America. It also represents the inner journey we make in this lifetime to reach a greater state of awareness.” The piece has an improvisational feel and traverses a number of moods and motifs, reflecting various influences in John’s playing. I could well imagine it as a soundtrack for a film about European immigrants coming to this country around the turn of the 20th century.

It is obvious that family is very important to John and he describes a track called “Beautiful Son” as being “written for my new grandson, Michael Anthony, who had a very difficult entrance into this life.” The song is tender and warmhearted with a sentimental presence that I found quite moving. A similar ambience pervades the album’s final track entitled “Wonderment.” John describes it as: “a song about enjoying and being amazed at the adventure of life. We never know what is coming down the pike and every experience teaches us something about ourselves that we couldn’t learn any other way.” The melody leaves the listener with a warm glow and is a wonderful way to bring the album to a graceful conclusion. 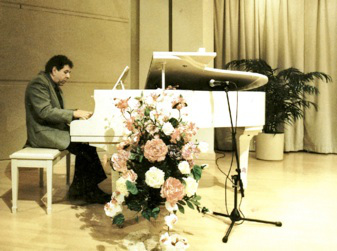 One thing that impresses me about John’s playing is its diversity and the way he is able to start off in a jazzy mode, as he does on “A Minor Musings,” and then weave in other elements, yet have it all sound perfectly integrated. While jazz runs through his veins, John has managed to combine this passion with original new age music on his moving solo piano excursions, reminiscent of the improvisational style of Keith Jarrett, Liz Story and Jim Brickman. Each of the 15 pieces on the album is unique and reflect yet another facet of this experienced performer. Behind the music I hear echoes of John’s many years and experiences in the music world – from playing classical music, to being in a large Las Vegas show band, to his more intimate moments as a soloist on the grand piano.

Listening to an artist’s music opens a window of perception into who they are, however, hearing from them in their own words sheds even greater light on the muse and motivation behind their creativity. Here are some excerpts from our interview:

Michael: What inspires you to create?

John: “Very interesting question. First, creating is not an option. For me, it is as necessary as breathing. The joy of creating is the inspiration in itself. When I slip into that magical connection with the sound current, it is like being in eternity. My hope is that listeners experience a peaceful respite from the daily grind of life and feel relaxed, uplifted and rejuvenated by my music.”

Since you perform music that has been composed as well as improvised, how do they compare to you?

“For me, playing a written piece is more of a mental exercise, kind of like translating a text in a foreign language. The mind is fully engaged. Improvisation, on the other hand, is totally being in the moment. It is such a free feeling, bypassing the mind and being completely immersed in the music.”

Having played in ensembles in the past, do you ever miss the musical interaction since you’ve been performing and recording primarily as a solo pianist?

“I do miss the interaction with other musicians at times. Playing in an ensemble brings out ideas that I might not experience on my own. On the other hand, I love the total freedom of being able to stretch out musically without the more rigid structure necessary when playing with other musicians. I also like being able to interact with the audience in a more personal way.”

What are your musical plans after this release?

“My plans are to release at least three more CDs in the next year, Whisperings of the Heart, a CD of relaxing melodic music, Joy of Soul, a CD of upbeat, happy music, and a CD of my more jazz-oriented pieces. I also plan on playing solo concerts in my home area (Northern California) and possibly touring this summer.”

It is obvious that John is going to be quite busy on the creative front in the days to come, and that we, once again, have something to look forward to. In the meantime, there is the emotionally evocative ambience of Inner Voyage to sail away on. John Paris is a consummate professional who is as equally at home with a classical composition, a jazz tune, or an improvised flight of fantasy. He is truly blessed with a musical gift and a sincere desire to share it with the world. 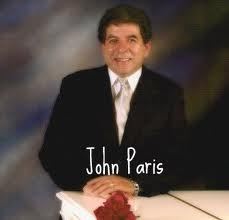