Many rivers flow to the sea, and likewise, many creative and spiritual tributaries in pianist/composer Steve Rivera’s life have led him to the level of consummate artistry he has achieved today. Steve is a gifted artist who has overcome a number of seemingly insurmountable challenges in life to achieve his long sought-after goals. In his own words: “Everyone has a God given talent. And when that talent is realized and pursued in a positive way, its limits may be nonexistent. Being a musician is about being able to put feelings, emotion, and expression into music that is relate-able to others and transcends verbal communication in a way that transports people from one place to another.”

In my interview with Steve, I asked about the source of his inspiration, to which he replied: “A friend always reminds me that ‘inspired’ can be translated ‘in spirit.’ My life had been full of drastic ups and downs, as most people’s lives are. However, I have been shown that while I show up for life, I cannot force an outcome. When I keep my meddling hands out of that (the outcome) everything has continually worked out. Whether you call it ‘God’ ‘Energy’ ‘Force’ ‘The Universe’ or as even some say, ‘the un-nameable’ there is no mistake that life is random acts strategically planned. Also, I find inspiration in actively realizing how fortunate I am in life. My daughters make that very easy since they are both amazing. And I am an active part of their lives. I am humbly grateful for the opportunity to share my music with people and have them experience emotions from my music.”

Now at this point in his ever-evolving career, Steve has truly upped his game with the release of his stunning

new album, “Dividing The Darkness.” To fulfill his creative vision for this project, Steve chose to work with one of the premier new age and contemporary instrumental producers in the world; the Grammy winning founder of the legendary Windham Hill Records, Will Ackerman. Along with co-producer/ engineer/ multi-instrumentalist Tom Eaton and Will’s roster of world-class studio musicians at Imaginary Road Studios, Steve has created an album that has garnered critical acclaim from highly regarded reviewers in the genre, as well as award nominations, international radio airplay and chart success.

I asked Steve if he had any reflections on the album overall, or the direction he choose to go with it. As he shared: “I really wanted to create an album that was restrained simplicity while still being emotionally moving. Although I have been classically trained I didn’t want to do ‘too’ much as far as ‘notes.’ I didn’t want the music to be overbearing. Knowing that we were going to have Grammy winning artists on my album I really wanted to 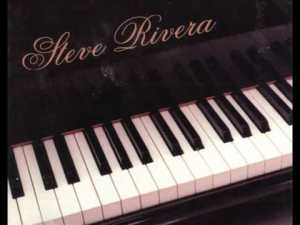 leave an open yet moving canvas for the music to develop into what it became in the finished product. Will Ackerman & Tom Eaton also had a heavy influence on this.”

The album opens with a track called “My Way Home.” One of the first things I noticed while listening was that there was a strong story-telling element to the composition. Although there are no lyrics, its sentimental strains convey evocative images within Steve’s rolling piano arpeggios and creative chord changes. Adding their distinctive voices are a number of world-class musicians beginning with violinist Charlie Bisharat who has worked with everyone from Kitaro and Yanni to Michael Jackson, The Rolling Stones, and many more. On cello is Eugene Friesen, best known as a member of the Paul Winter Consort since 1978. Percussionist Jeff Haynes who has played with Pat Metheney, Cassandra Wilson, Pete Seeger, and more adds propulsion on hand drums. Superstar bassist Tony Levin, best known for his work with Peter Gabriel, has played on over 500 albums of artists as diverse as John Lennon, Carly Simon, Pink Floyd, and more. Ethereal vocals are provided by Noah Wilding who appears on many of the albums recorded at Imaginary Road Studios.

In my interview with Steve, he shared a bit of back-story about the next track: “This Ancient Road” is a song from The Parable, a musical that I am writing. The song title is symbolic of how, many people throughout history, despite the consequences, trudge forward, to stay true to their integrity and loyalty despite the costs. In the musical when the songs ends you hear the sounds of battle and the loyal soldier dying.” In addition to some of the above mentioned accompanists are frequent Will Ackerman collaborator Jill Haley on English horn, and Tom Eaton, who steps out from behind the mixing board to play electric guitar and bass.

I particularly liked the emotional tone and balance of a track called “Skyward,” that was wistful, yet hopeful, as

the song takes wings in its unfolding, buoyed aloft by Steve’s heartfelt piano and the dynamic interplay of his accompanists. About a tender and touching ballad entitled “So Quickly Gone,” Steve shared: “I wrote this in the studio with some input from Tom Eaton. Will Ackerman liked the song so much he wanted to play guitar on it.” One of the most stylistically diverse songs on the album is “Delicate Force,” which flows through a number of different movements. Steve describes the title as “a contradiction,” and this notion is exemplified in a number of places such as the thundering low notes in contrast to the tinkling of higher register notes in the same phrase, the balance of space and powerful motion, and the earthiness of Jeff Haynes’ percussion along with the airiness of Noah’s ethereal vocals.

True to the album’s title, darker elements such as melancholy and a sense of longing are exquisitely expressed throughout a number of Steve’s compositions. However, as we near the end, the mood shifts and uplifts with a track descriptively called “Valley Of Light.” In addition to Steve’s expressive piano and Tom’s bass, percussion, and keyboards, the French horn of Gus Sebring adds an additional touch of warmth. As Steve shared about this song: “Though sometimes in life we find ourselves trudging through difficult times we hold fast to the hope that there is light to come.” 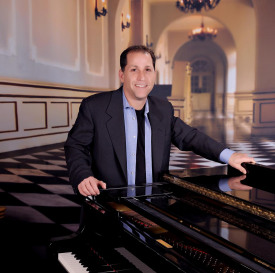 One of the things that I’m most impressed by with this album is the level of emotion that Steve has channeled into his compositions and playing, and the resonance it creates in the listener. Each piece could easily stand alone as a powerful solo piano statement, yet is further enhanced by the accompaniment of world-class instrumentalists. Although this is only Steve’s second release, it shows a striking degree of musical maturity and hints at the potential for even greater works in the future. In this regard, I’ll conclude this feature article with a quote from Steve in response to my question about his future goals: “I guess in short my musical goals would be to create music (in whatever capacity) that causes people to contemplate and ultimately have a positive impact in and on their lives for the betterment of us all.”