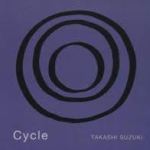 In a world where “more” is generally considered “better” and our senses are often overwhelmed with the glitz and glitter of modern living, one composer, Takashi Suzuki is taking an opposite approach and expressing in his music a level of unadorned simplicity and minimalism that is rare. Perhaps it is his Japanese heritage that gives him an appreciation for Zen-like serene spaciousness, but that is what the listener can expect in his latest release, Cycle.   It’s been about a year since I reviewed his debut CD “Resonance,” and the new one follows closely on its heels, both chronologically and stylistically. Takashi’s first album was well received by listeners as well as in the media, and went on to be awarded Best Ambient Album for 2011 by Zone Music Reporter.

His press release mentions how he “sculpts synthesized soundscapes into soothing yet mildly adventurous portraits that work equally well as sonic wallpaper or immersive listening.” An interesting perspective, considering that Takashi not only worked with sculpture as an art-form for many years, but also taught it at The Chelsea School of Art and Design in London. In addition to also being a painter, he was originally an architect, both of which may play a role in the unique way he constructs his recordings. In his words: “Each tune was influenced in succession of the previous tune. My paintings are done in the same way that when one piece is finished, I then move on to the next. Therefore, the album was made in a sequence during a period of 4 months without breaks.” The tracks are simply entitled “Episode 1,” “Episode 2,” “Episode 3,” and so on. I also noticed that as a visual artist he often works in monochromatic motifs, and a similar sonic quality is reflected to some degree in his music as well. 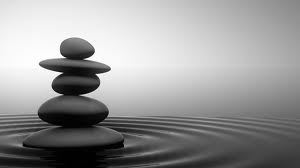 As mentioned, the overall sound has an expansive ambience that is more about creating an atmosphere than maintaining our focus with melody or rhythm, although there are slight traces of those elements occasionally. Following in the comparison to Zen, the music is more about “being” than “doing.” Synthesizers provide the medium he creates his “ambient tone poems” with. The waves and washes of sound can best be described as floating, dreamy, and atmospheric and lend themselves to meditative states and quiet reflection. Looking out my window while listening to Cycles for the first time, I watched the fog rolling in across the San Francisco Bay and appreciated what a perfect soundtrack the music made for that scene.

While many of Takashi’s synthesizer tones are long sustained sounds such as strings, choirs, and drones, he sparingly adds other elements, such as on the third track with its bell-like electric piano that brought to mind the classic sound of Steven Halpern. Also on the final track, which is enhanced by an arpeggiated keyboard pattern and gentle rhythmic track providing a sense of forward motion – a lovely way to bring the album to a close. The music on this album reminds me of an elegantly simple meal that is slow-cooked in a pot for hours where the ingredients and flavors blend into each other rather than a smörgåsbord where many diverse tastes vie for our attention. But culinary analogies aside, the music of Takashi Suzuki creates a sonic environment of serene spaciousness and peaceful presence. 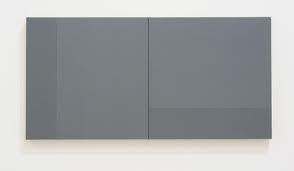