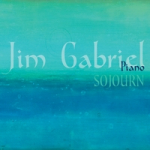 One thing that has not been lost on pianist Jim Gabriel is the value of education  – both his own, and that which he imparts to others. With so much being said these days about the cutting of funding to arts programs in the schools, its gratifying to see someone like Jim who has done so much with his extensive education and is now giving back to a new generation, as a music teacher and choir director. Jim’s love affair with music and the piano began when he was only eight years old. His passion grew, leading eventually to two full scholarships, one at Youngstown State University, where he received his Bachelor’s Degree in Music, and the other at the University of Notre Dame where he received his Master’s Degree in Music, both in piano performance. But that was just the beginning. Jim later studied at the Manhattan School of Music, where he worked toward a Professional Studies Degree in piano. The following year he pursued doctoral-level studies in Music Education at Columbia University. Continuing on to a Doctoral program in Organ Performance at the University of Washington, Jim also studied choral and orchestral conducting, and refined his teaching skills by accompanying and coaching singers. In a desire to expand his horizons and gain a broader worldview, Jim later moved to Paris for further study on the organ. One of the highlights of his career was performing for the late Pope John Paul II at the Vatican on Easter Sunday in 1990, which Jim described as “a magical experience.”

The role of music educator is one Jim takes quite seriously, with his goal being: “to help students go as far as they can with the abilities they have. I try to do it with kindness and patience. I try to choose music that is educational but at the same time, something my students will enjoy. I hope to make the music diverse -classical, indigenous, Indian, African, Asian. I try to represent as many styles as possible. Music helps from a physiological point of view in accomplishing whatever it is you want to do. Performing is just one of those skills. Then there’s the concentration it takes to spend hours and hours on difficult pieces. One thing I do is to teach students how to deal with nerves. That makes a difference any time you need to present something in a public venue, whether it’s a business meeting or even a courtroom. The pathway to be successful in music seems so mysterious and daunting and I am hoping to help students figure it out, because it can be done.” 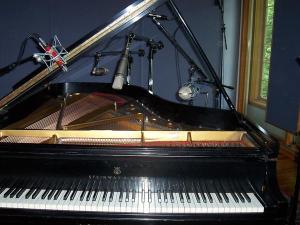 Of course, many of these ideas and principles find their way into Jim’s own music, and can be heard on his debut CD, Sojourn. While it is clear that Jim wants the best for his students, he also wants nothing less for himself and his own music. To achieve this, he recorded his album at the world-renown Imaginary Roads Studio in Vermont, under the direction of Grammy winning producer and Windham Hill Records founder Will Ackerman. The recording includes both solo and ensemble pieces which feature the talents of some of the best musicians in the business. Accompanists include cellist Eugene Friesen, best known as a member of the Paul Winter Consort, Charlie Bisharat on violin who plays with Yanni and others, bassist Tony Levin of Peter Gabriel’s touring band, and ambient guitarist/ recording artist Jeff Pearce, whose own incredible music I’ve had the pleasure of writing about. It is obvious that Jim could not have had a better crew for his maiden recording voyage.

With a title marked by time and place, the album opens with a solo piano composition called “South Bend, Indiana 1989.” It’s a quiet reflective piece that has the feeling of being lost in a distant memory. Jim’s background in music education is evident on the next track, entitled “Chaccone,” which refers to a musical composition in moderate triple time typically consisting of variations on a repeated succession of chords. The song slowly builds in intensity to a climax, when it drops back down, shifting into a different motif towards the end, which I found unusual, yet quite intriguing. The subtle yet sonorous cello playing of Eugene Friesen adds another dimension to the composition. His cello also accompanies Jim on the next track, “Spring Reverie.” I think that the use of the word “reverie,” is most appropriate in that there is a pensive quality that characterizes many of the tracks heard on the recording. However, like the spring itself, the music blossoms as it unfolds on this track.

On the title track, one of the album’s most accompanied tunes, Jim’s piano is joined by Eugene’s cello, Will Ackerman on percussion, and Jeff Pierce on the Chapman Stick – a ten or twelve stringed electronic instrument capable of playing bass lines, melody lines, chords, or textures. As on many Will Ackerman-produced recordings, while the studio musicians are world-class virtuosos, their presence is often understated and gently supportive, allowing the primary artist to shine in the spotlight. Following another contemplative solo piece, “Closest Night,” the violin of Charlie Bisharat and bass of Tony Levin are heard on a track called “Dayspring.” This is the first song on the album to divert from the more introspective air set by the preceding pieces, and is quite lively and upbeat. I particularly enjoyed the way the violin danced sprightly over Jim’s delightful descending progression. 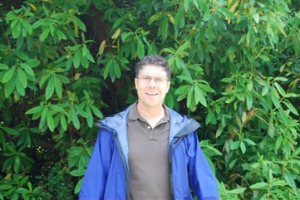 An impressionistic solo piece called “Retrospection,” is evocative and haunting. These more ruminative compositions represent musical terrain that Jim is quite adept at traversing and account for much of the tone and tenor on Sojourn. A wistful ambience pervades the appropriately titled “Lost Chances,” which also features violin and bass. One thing I was aware of in this piece, as well as in Jim’s playing in general, was his mastery in the use of dynamics, with passages rising and falling in volume like the tides of the sea. There was a cinematic quality to a melancholy track called “Hopes Forgotten,” that could work well as a soundtrack to a poignant scene of a movie. A quiet piano and cello duet entitled “To The Sky,” brings the album to a peaceful conclusion. There is a particular ambience to this recording that fit perfectly with the rainy winter day I viewed from my window as I listened. While it bears little resemblance stylistically to Celtic music, it does, in it’s own way, often reflect the bittersweet quality that genre of music captures so well. Jim Gabriel is an accomplished pianist and composer with a particular gift for melody and mood, which he displays so adeptly on this album. His music has been compared favorably with the likes of George Winston and Jim Brickman, and I’m sure that fans of these pianists, and new age piano in general will want to give this a listen. Sojourn is a wonderful debut release and I’m sure it is only the beginning of much more to come from this talented artist.