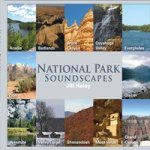 If anyone comes close to expressing the ineffable splendor of nature through music, it is Jill Haley. Her National Park Soundscapes album illuminates both the grandeur and subtlety of these natural wonders. Each piece is beautifully written in tribute to a particular park and enhanced by the musical chemistry between Jill and her talented accompanists, making for a most enchanting listening experience.

But before we delve into the music, let’s focus on the artist who created it. For those who may not be familiar, Jill Haley is best known for her exquisite artistry on English horn and oboe and has been a guest artist on a great number of albums recorded by GRAMMY winning producer and Windham Hill Records founder Will Ackerman at his iconic Imaginary Road Studios in Vermont. However, as I discovered when I wrote feature articles about some of Jill’s own music, she is quite an accomplished pianist as well. 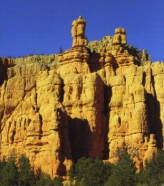 The two albums of hers that I wrote about are Mesa Verde Soundscapesand Zion and Bryce Canyon Soundscapes. These were sequels to an earlier release about Glacier National Park. As we can see, there has been a theme to Jill’s recordings over the past few years, which continues on this new release. In her words: “The National Parks are a precious resource in the United States that needs to be protected for future generations. Many environmental issues have an impact on the National Parks, such as climate change and encroaching development. This recording is dedicated to the National Park Service which is celebrating it’s centennial in 2016.”

Jill has created this series as someone with not only a personal interest in the National Parks, but from a 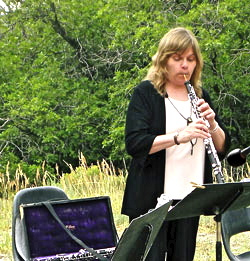 perspective few of us get to experience. According to her bio: “During the recording process of Zion and Bryce Canyon Soundscapes, engineer and co-producer, Corin Nelsen, suggested Jill explore the possibility of applying to be an Artist in Residence in a National Park. Mesa Verde National Park invited Jill to be an Artist in Residence for 2 weeks. During this residency Jill lived in a hogan style building in the Park while she wrote the music. She was offered the opportunity to visit the sites in the Park after hours and record music while they were empty of visitors.” Last Spring, Jill was an Artist in Residence for a month at Badlands National Park, and was just offered another month-long residency in Glacier National Park in Montana for the month of October 2016. According to Jill: “It is so great to live in these parks while I am writing the music and am able to capture lots of different moods in the park.”

As mentioned, this new release, National Park Soundscapes, is a tribute and a thank you to the National Park System on their centennial. The album includes 4 tracks from her previous albums, as well as 8 new songs inspired by other National Parks such as Acadia, Badlands, Cuyahoga Valley, Everglades, Grand Canyon, Shenandoah, Valley Forge, and Yosemite. The recording is, to some degree, a family affair with Jill being joined by her husband David Cullen (guitar and bass), Dana Cullen (horn), Graham Cullen (cello), and Tony Deangelis (percussion and snare drum). All are excellent musicians in their own right and each brings their particular gift to this project. I must also point out the gorgeous packaging of the CD, which includes a 15-page full color booklet with a photo of each National Park that is portrayed in the music. For me, it added a lot to the experience to look at the photos while listening and get more of a visual sense of the landscape. This kind of artistic packaging has been a trademark of Jill’s National Park Series albums. It also makes the CD a wonderful gift for nature lovers everywhere. 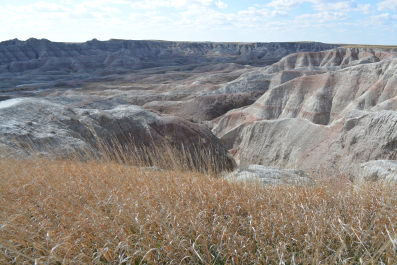 The album opens with a track entitled “The Ledges,” which pays tribute to Cuyahoga Valley National Park in Ohio. According to Jill: “The Ledges are 300 million year old sandstone formations in a hemlock forest. Moss covered stones and ferns add a green vibrancy to the gray rock. The music creates a peaceful ambiance with rolling piano arpeggios anchored by Tony’s subtle percussion providing a foundation for Jill’s graceful English horn passages. From this green-forested landscape we shift to wide open spaces of Badlands National Park in South Dakota with a track called “Prairie Grass Dance.” The title relates to this description by Jill: “The strong wind in this stark landscape creates constant motion in the prairie grasses.” That movement is portrayed in David’s lively acoustic guitar strumming, tasteful lead, and bass, as well as Jill’s English horn playing which glides like the wind over the rhythm tracks. 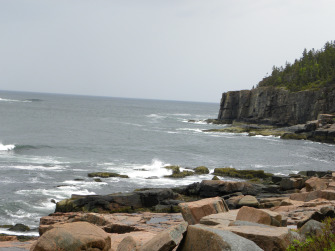 “Waters of Acadia” takes us across the continent to the shores of the Atlantic Ocean and Acadia National Park in Maine; a dramatically different landscape than the previous track. This is one example of where the pictures in the booklet help to illustrate the music by pairing a visual image with the music. While the photo shows the rugged coastline by the ocean, Jill also makes note of the many ponds and waterfalls that are part of the scenery. Similar instrumentation as the first track is heard here as well. On “Shenandoah Stillness, gentle acoustic guitar and piano reflect the serenity that can be found just a short walk away from Skyline Drive in Virginia. 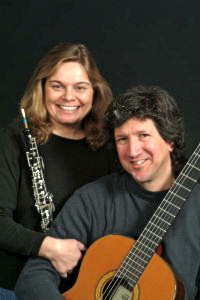 “Towers and Kiva’s” depicts Jill’s musical impression of Mesa Verde National Park in Colorado, which in addition to it’s natural wonders is also a World Heritage Site and archeological preserve. According to Jill: “The ancient Pueblo people utilized space in the cliffs by building towers vertically and creating kivas in sunken areas of the dwellings.” The upbeat guitar, bass, and English horn tracks create a bright joyful feeling that goes perfectly with the photo of the sun reflecting off the golden cliffs of the Park. This piece is also a wonderful showcase for David Cullen’s exquisite guitar work.

With 7 more songs on the album, there isn’t room to go into detail on all of them, but here are a few highlights. On “Kabib Trail,” which is a tribute to Grand Canyon National Park, Jill switches from the English horn heard on previous songs to the oboe, which adds a bit of a different vibe to the piano and percussion tracks. Whenever I hear the oboe in a context like this I can’t help but think of Paul McCandless from the Paul Winter Consort, who incidentally, was a huge influence on Jill. On “Waves of Wind,” (Bryce Canyon National Park) in addition to piano, oboe, and guitar, the cello of Graham Cullen adds an earthy sonority to the tune’s high-spirited waltz rhythm in 3/4 time. 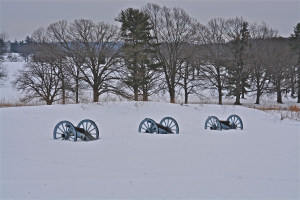 The last two songs reflect places that couldn’t be more different. “Ten Thousand Islands” is about Everglades National Park and “A Soldier’s Sacrifice” pays respect to Valley Forge National Park with the loss and hardships endured there. This last song held a particular significance for me having grown up and lived a good part of my life in Philadelphia and spending a lot of time over the years in Valley Forge Park. It’s also the most different song on the album for its wistful reflective ambiance. A snare drum beats out a military march quietly in the background while Jill’s spacious piano and haunting English horn evoke a sense of both melancholy and honoring the history associated with this place. It is quite a moving tribute.

One of the things I’m most impressed by in Jill’s playing is her melodic sensibility. Every note is perfectly placed and just right for the context it is in. But beyond the structure of her music is the emotional expressiveness Jill evokes from her instruments. These qualities are beautifully utilized in painting musical portraits of each of these diverse natural landscapes. I admire and respect Jill’s dedication to preserving the treasures of our National Park System and helping to create awareness about them through these musical projects. I highly recommend getting the CD with the booklet of color photos to enjoy the ultimate experience of National Park Soundscapes. After writing about dozens of albums that Jill has played on over the years as a studio musician and special guest, its wonderful to see her stepping into the spotlight and reflecting the full spectrum of her creative rainbow.