The name of Scott Cossu is one that long-time fans of new age music will be familiar with. This highly regarded pianist/composer was one of the very first artists on Will Ackerman and Alex De Grassi’s legendary Windham Hill Records label, which Scott recorded on for nineteen years. In fact, Windham Hill piano icon George Winston used to open for Scott in concert in the early years. With some of the songs from Scott’s extensive music catalog being currently out of print, he has chosen to re-record seven of them here, featured along with five exquisite new compositions. Accompanying Scott’s much-loved signature piano sound are guitar, flutes, and harmonica. The music has a warm mellow vibe that will be enjoyed by Windham Hill fans as well as a wider audience. Scott Cossu is one of the premiere artists being promoted by Heart Dance Records and RS Promotions, headed by award-winning flutist Sherry Finzer.

Scott’s love affair with the piano goes back to his youth, and in our interview he offered a few interesting stories about his musical evolution that I will be happy to share. In Scott’s words: “My dad brought home a small baby grand piano and told my brother, two sisters, and me that we could have a bigger allowance if we studied piano. I was the one who ended up playing. During my youth and college, I was just as interested in classical as I was R&B and rock and roll. I practiced classical for hours all alone at a local church, then on the weekends I was in rock and roll bands. I loved Bach and Pink Floyd.”

He goes on to say: “While in college I was lucky to have a visiting musician as a teacher. His name was Hamza el Din, a famous Nubian Egyptian composer who played an instrument called the oud. He inspired me, and he also took an interest in my music. He recommended that I attend the University of Washington, in the Ethnomusicology Dept. for the study of World Music. I worked towards my Masters degree there and it opened up the whole new world to me. I had teachers from all over the world. It was quite the experience. After graduation I did some recording of my own and then I was asked to join the Windham Hill label, by Will Ackerman, which was a new label for alternative acoustic music. It was a new genre and the New Age sound was just being born. It labeled me as one of the grandfathers of New Age, because I was there from the beginning.” Another label that Scott was once called is a “jazz luminary of the future,” by the prestigious Billboard Magazine. Whether it is jazz, new age, or whatever, Scott humorously refers to his music as “Heavy Mental” or “Cosmic National Geographic.” 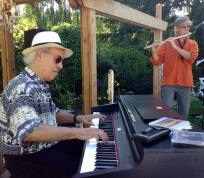 It is hard to believe its’ been approximately 30 years since Scott’s Windham Hill days, but he certainly hasn’t rested on his laurels. He has released a number of albums since then and is still going strong to this day. Joining him on this project of re-recording some of his classic songs as well as five new ones is guitarist Van Manakas, who has been collaborating musically with Scott for 3 decades. I once had the pleasure of seeing Van Manakas in concert with legendary jazz bassist Miroslav Vitous back in the 1970’s, and was greatly impressed. Also joining Scott and Van on this new album are alto flutist Ann Lindquist, and newest member John Croarkin who plays bass and concert flutes as well as harmonica.

As the album opens with the title track, the first thing that struck me was the exquisite interplay between these extraordinary musicians. A melody line played in unison by piano, guitar, and flute is something you don’t hear very often. At first I though that perhaps there was a slight bit of echo effect on the piano, but after a moment I realized that it was actually three instruments playing the same notes. There are also times where one instrument will solo and the others support them. This dynamic of togetherness and support is quite appropriate considering that Scott wrote the song for his lovely wife Debi on their 20th wedding anniversary as a thank you for the love and life they have shared together.

And speaking of family, the next song, “Angel Steps,” along with two others on the album, “A Child’s Eyes” and “Fawn,” were, according to Scott: “all written for my young daughter back in the 80’s. They were all released on different recordings during the Windham Hill days. She was such a sweet inspiration to me and she was my first child. She is now in school and studying Chinese Medicine.” The deep heartfelt sentiment that inspired these compositions is tangible, as it is also on “Sunshine Girl” and “Sweet Pea Lullaby,” which Scott wrote for his two adorable three year old granddaughters, whose pictures are seen on the album cover and in the accompanying booklet.

One of my favorite tracks was “Purple Mountain,” which is as gorgeous as the scene that inspired it. In Scott’s words: ” ‘Purple Mountain’ is one the pieces that would be considered one of my “Best Of” compositions in the Windham Hill catalog. It was written about Mt. St. Helens, before it erupted. I was inspired to write this piece during a camping trip when I witnessed a beautiful sunrise on the Mt. in purple. It is on one of my earliest recordings and it was a real joy to bring it back.” I liked the yin/yang balance of the piano, guitar, and flute alternating between playing melody lines in unison and then separately, interweaving in and out of each other.

According to Scott, the track entitled “Gwenlaise” is his most requested piece, both musically, for notation, as well as for 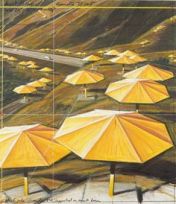 airplay, and after hearing it I can see why. Although the original version featured Paul Winter Consort cellist Eugene Friesen, some of his parts, particularly on the opening tracks, are played on flute here. Regarding a composition called “Christo’s Theme,” I was intrigued by a story Scott shared in our interview: “Christo is an environmental artist that temporarily wraps bridges, buildings or makes this huge artistic statement involving a large area.   He is famous for doing things like the wrapping, in silk, the Pont Neuf, the oldest bridge in Paris, or yellow umbrellas running across Japan. In the early 80’s he wrapped eleven Islands in floating, pink fabric, in Miami’s Biscayne Bay. I was contracted to write the music for the documentary that was made of the whole project. “Christo’s Theme” was one of those pieces on the video. It was defiantly a cool project to work on.”

There is no doubt that Scott has worked on a great many “cool projects” that have taken him all over the world, including a three month long ethnomusicology research trip to the Andes Mountains of Ecuador where he would hike up into the mountains to record the villagers that played their ancient music. He has also had the opportunity to play with many stellar musicians over the years such as many of the classic Windham Hill artists, jazz instrumentalists from The Pat Metheney Group, chamber orchestras, and more.

Scott’s rich history is also a testament to his incredible versatility as a musician. As I listened to this latest album, I was aware of a variety of influences, and a number of times in particular, his playing brought to mind jazz piano icon Keith Jarrett. Scott is also highly regarded as a composer and the world’s largest printed music publisher, Hal Leonard, put out a piano songbook that included Scott’s music along side of Beethoven, Chopin, Cole Porter, Duke Ellington, John Lennon, and other musical luminaries. 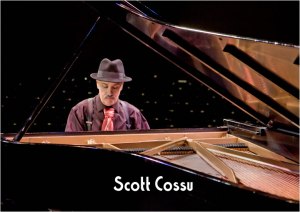 With regard to Scott’s abilities as a composer I was often impressed with his sense of dynamics and the balance of sound and space in his music. In addition, the arrangements of his music were not only outstanding but also quite unique, with many subtle surprises to delight the ear of the listener. There were a number of “wow moments” for me over the course of this album and I was constantly impressed with the creativity, imagination, and intelligence of Scott’s compositions. Few artists in this genre have had the longevity and success that Scott Cossu has enjoyed. His adulation is certainly well deserved, and just a bit of the reason why can be heard in the 12 tracks of this magnificent new recording.