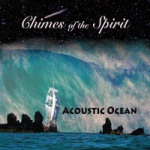 As someone who loves both harp and guitar, the combination of the two is music to my ears as well as my soul. Celtic harpist Peggy Morgan along with long time musical partner Bette Phelan on guitar, who perform and record collectively as Acoustic Ocean, have released their third album of soothing instrumental music, entitled Chimes of the Spirit.  While the collective identity of Acoustic Ocean has been in existence since 2008, the creative partnership of these two exceptional musicians goes back over two decades to their previous incarnation of “Morgan and Phelan.” As folk music singer/ songwriters, they recorded and performed numerous concerts from Boston, Mass to Brisbane, Australia in the course of their extensive career. More recently they re-grouped, moved to Hawaii, and released their first album under the name Acoustic Ocean in 2009. In addition to music, Peggy and Bette are both yoga instructors and holistic health practitioners. For them, “The music of Acoustic Ocean reflects the musical and healing arts backgrounds of the artists, as well as the beauty of the Hawaiian Islands, which helped inspire the music.”

Both are both talented multi-instrumentalists. And although the Celtic Harp is Peggy’s main instrument on the album, she also performs on rhythm guitar, piano, Tibetan singing bowls, and vocals. Bette’s talents, in addition to acoustic guitar, extend to fretless bass, electric guitar, pennywhistles, mandolin, Wavedrum, hammered dulcimer, chimes, keyboard (Uilleann pipes & clarinet), and vocals. They are also joined on several songs by Kay Aldrich on cello and Anne Berliner on flute.

Their work as healers is an integral part of their music and the motivation behind it. In their words: “Chimes of the Spirit invites the listener on a musical journey through the process of transition and transformation. The music gives voice to the breadth of feelings experienced during times of change. When life-altering events sweep through our lives, the expression of our feelings through art and music comforts us, lifts us up and brings us back into balance. The poem below, composed of the song titles, helps to convey the emotional timbre of the music:”

And so began the long walk home
Till swept by the tsunami, I cried
If I had wings I would fly
For in the end only love remains 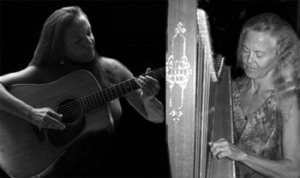 Listening to the opening track, the first word that comes to mind is “sparkling.” Peggy’s harp has an effervescent quality that conjured an image in my mind of the froth and spray of crashing waves reflecting in the sunlight – an acoustic ocean indeed. The melodic interweaving of Bette’s guitar is magical and bespeaks the bond created by musicians who have been playing together for decades. This track has a joyous lighthearted quality that starts the album off on just the right note. A Celtic influence, with its sometimes-bittersweet blend of contentment and yearning, is felt on “Farewell Safe Harbor,” The more sustained cello tones contrasted beautifully with the gentle plucked notes of the harp and guitar, adding another dimension to the music.  One of my favorite tracks was “Into The Mystery Landscape,” with its free-flowing ambience that could earn this one a place on the new age music charts. I particularly enjoyed its lacy layers of multi-tracked guitars. The sound of wind instruments and hammered dulcimer added a nice touch on “Under The Starlit Sky.”

The album’s title track has a cinematic quality as it unfolds through a variety of musical and emotional spaces. Acoustic Ocean’s music, in general, expresses a spectrum of feelings and moods, from light and lively, to wistful and reflective, and beyond. A pastoral ambience is evoked on The Long Walk Home. The flute that joins the piece at midsection adds a perfect butterfly-like accent to complete the picture. The arrangement and string synergy between the harp, guitar, and cello was impressive. I also enjoyed the interplay of the fretless bass and cascading harp arpeggios on “Tsunami,” and a section in the second half brought to mind Swiss harpist Andreas Vollenweider. In a wonderful choice of titles for a last song, the album concludes with “Only Love Remains.” It is also a good choice musically. With its earthy Celtic-tinged vibe, it resonates the heartstrings and leaves a lingering glow after it fades. I appreciate how much Peggy and Bette infuse their healing influence and intention into the music of Acoustic Ocean. A peaceful, yet uplifting energy pervades, bringing a wave of Aloha spirit to the shores of the listener. 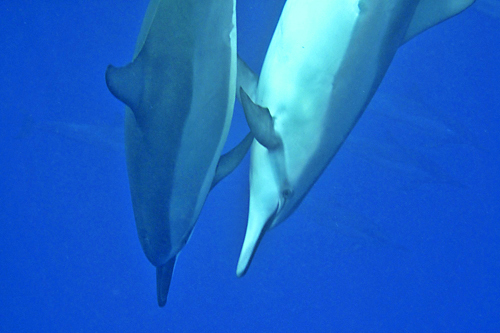