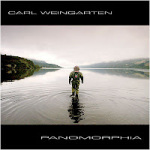 As one of ambient music’s most innovative guitarists, Carl Weingarten has been crafting his unique sonic tapestries for three decades. In fact, the San Francisco Chronicle referred to him as “one of the truly great indie musicians working today,” and his music has received praise in other media outlets such as All About Jazz, Muze.com, Musician, Music Web Express, Exposé magazine, and Allmusic, among others. Since 1980 when he founded his Multiphase Records label in St. Louis, Carl has released numerous solo albums, collaborations, and recordings of other artists.  His musical evolution continued after moving to San Francisco in the 90’s and his 2002 album Escapesilence was chosen for the Listeners Choice Award on the syndicated Echoes radio program. Now, ten years later, his latest CD, Panomorphia, made the charts again on Echoes placing in the Top 25 recently.

To call Carl’s music “innovative” and “unique” borders on understatement. While his recordings are guitar-based, he often takes the instrument in expansive and experimental directions that defy categorization. In addition to electric and acoustic guitar, he has charted new territory on traditional instruments such as dobro and slide guitar, which he taught himself to play after becoming enamored with the blues early on. However, there is nothing traditional about the context Carl uses them in, 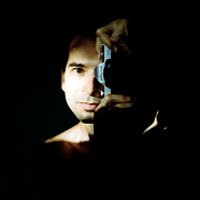 which can be quite atmospheric and gives some of his work the feel of an impressionistic soundtrack. Although this is not surprising, given his background as a photographer as well as having a degree in cinema production. In his words: “The cinematic tone in my music comes from my visual arts background. I try to paint it all in sound. With electric guitar, it’s always tempting to go for speed. So I went the opposite direction and instead took a slow motion, paint brush-like approach to the guitar. By emphasizing tone and sustain, I was able to keep the music open and expressive – like a simple meal, with lots of flavor.”

And a tasty meal it is. Part of the flavor comes from the use of electronic effects, which are essential ingredients in the mix. Among the seasonings in his spice rack are echo and digital delay, which Carl has been experimenting with since 1980 when his Robert Fripp–influenced synth rock band used the effect both in the studio and in live performances. Also in his arsenal is a technique known as “looping.” According to Carl, “Panomorphia is rooted in the tape delay improvisations I explored three decades ago.  Looping, as it’s called now, is the music technology that allows the artist to generate multiple layers of sound on sound, stacking melody and rhythm on the fly, creating spontaneous compositions. For me, looping is just the starting point.  It’s the paved road, but not the journey.” 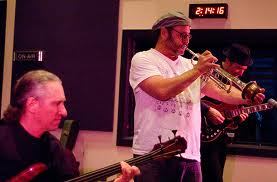 Panomorphia consists of seven tracks, three of which are layered solo performances and four that are collaborations with some of the most talented musicians in the Bay area including drummer/percussionist Celso Alberti, world-class bassist Michael Manring, and award-winning recording artist Jeff Oster on trumpet and flugelhorn. The description of the music as “deep space jazz” hints at its direction which also includes elements of ambient and electronica, with occasional excursions into more exotic terrain.

The album embarks with a journey on “The Simian River.” A propulsive guitar loop sets things in motion and is soon layered with various other guitar sounds ranging from percussive to ethereal. As the music began, I couldn’t help wondering how Carl created the first sound I heard. My question was answered however, when I viewed a video of this song on his website, which contained glimpses of him rhythmically hitting the strings with his right hand as the signal traveled through a labyrinth of electronic effects. I particularly liked the rhythmic delay guitar picking, which came in midway and reminded me of similar sounds I’ve heard from Pink Floyd’s David Gilmour or The Edge from U2. Overall, the forward motion of piece recalled the momentum of the soundtrack Phillip Glass created for the film Koyaanisqatsi. Some of the visual elements of Carl’s video, such as the city traffic filmed at night in fast motion furthered the comparison. 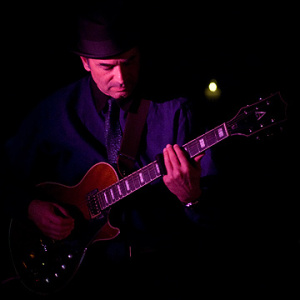 The pace slows down a bit on track two, entitled “Tango” – an ensemble piece that at over thirteen minutes is the longest on the CD.  Michael Manring’s distinctive bass tone and technique blend beautifully with Carl’s tasteful guitar work and Celso’s impeccable and intuitive drumming. It was interesting to read that these pieces started as solo guitar recordings, to which the other musicians later added their parts – “sometimes responding to the ebb and flow of the music, or finding a pulse and driving home their own orchestral groove,” as Carl describes it.  Track three, “Flow Of Stars” is another solo piece that is appropriately spacious with the guitar creating lush clouds of sound that could easily be mistaken for synthesizers.

“Bluescapes” was one of my favorite tracks with it’s funky groove and hip horn playing by Jeff Oster that indeed qualifies the tune for the aforementioned “deep space jazz” classification. Also fitting that description is the title track that unfolds in a drifting dreamy dance, punctuated by sonorous slide guitar. Perhaps the most meditative piece on the album is “Tapper” with an atmospheric aura reminiscent of some of Brian Eno’s early ambient work – in particular his collaboration with trumpeter Jon Hassel, who Jeff Oster reminds me of a bit here and on his own “Surrender” CD. The album sails into the sunset with the final track, “The Ship The Dream” bringing things to a peaceful conclusion and exhibiting Carl’s mastery of looping and layering guitarscapes. While various musical points of reference have been mentioned, the reality is that there is really no one else who sounds quite like Carl Weingarten.  His style is adventurous, exploratory, and intriguing, and to be able to create a distinct sound in today’s crowded music market is quite an accomplishment in itself. I have no doubt that fans of Carl’s music will be excited by the release of Panomorphia, and those who may not be familiar will find it an entrancing introduction. 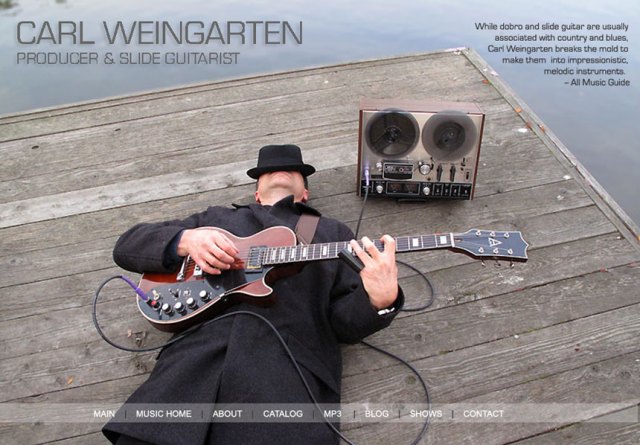