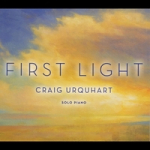 I love this story…
Moving to New York City after receiving his Master’s in Composition from the University of Michigan, pianist Craig Urquhart (pronounced “irk-hart”) left some of his music with Leonard Bernstein’s Manhattan doorman; the Maestro called Urquhart back, and the two became acquainted. In 1985 Urquhart was hired as Bernstein’s musical assistant, and worked for Bernstein until the composer’s death in 1990. Call it luck, chance, or destiny, it was a golden opportunity for Craig who credits Leonard Bernstein’s CBS series The Young People’s Concerts with The New York Philharmonic as “literally educating a whole generation of kids about music, including myself.”

Among Craig’s other influences are Chopin, Debussy, Satie and Copland, as well as pop and rock musicians. Over the years his focus has evolved from academic classical music to a more lyrical personal voice, which has appealed to listeners in a number of genres including new age. With nine albums, his music has an international audience on iTunes, Sirrus Radio, the Essence Radio Program and Whisperings Piano. He has also given concerts in New York, Berlin, Rome, Paris, Tokyo, and more. Craig has an active interest in a number of social and environmental causes and has used his music to support them. He has performed at the United Nations for National AIDS Awareness Day and Earth Day, as well as numerous other benefit concerts.  He also served for many years as a member of the music faculty at the Harlem School of the Arts. Craig has a deep belief in “the continuing renewal of faith in beauty and the healing power of music.” 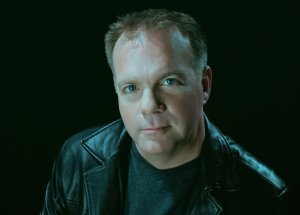 The first track on the album entitled “Contentment,” lives up to its name with a peaceful vibe and a simple melody. This quality in Craig’s music was recognized by someone with a far greater ear for music than I will ever have – Leonard Bernstein himself, who noted that “it has a deceptive simplicity and honesty that is rarely to be heard in contemporary song-writing. His tonal approach is not merely “sincere” but genuinely moving, with a private beauty all of its own.” This feeling continues with a slightly more reverent air on the following track called “Hymn.” Craig’s playing has been compared to that of George Winston, and I can see that to some degree. Unlike some solo pianists whose style is very ornate and filled with as many notes as possible, Craig is able to express a range of emotions in a way that is, at times more understated, yet always elegant. This emotional expressiveness is beautifully portrayed in a composition called “In Memorium J.G. which I found quite touching as it flowed through various melodic movements contrasted with spaciousness.

One of my favorite tracks was a song called “Autumn Wind” which captured a more wistful ambience, and for me, conjured the feeling of a late fall day with winter soon approaching. Another favorite, and perhaps the most moving was “A Father’s Love. This piece has a bit more thematic complexity than some and is enhanced by Craig’s feel for dynamics and velocity to create dramatic effect. However, at the other end of the spectrum, yet equally evocative, is the album’s title track that unfolds slowly and quietly like the dawning of a new day. One quality I appreciate in Craig’s composing and playing is what I would call a sense of melodic yin and yang, and knowing when to allow for space in the music. Overall there is an exquisite balance throughout the recording. I won’t say he “saved the best for last,” but the album draws to a close with a heartfelt and uplifting piece called “My Angel,” which I really enjoyed. I have to concur with noted music journalist Kathy Parsons, who once wrote: “The grace and depth of emotion conveyed in Urquhart’s music is a reminder of how profound and colorful  the piano can be as a solo instrument.” 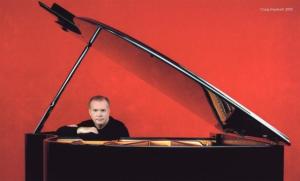 Craig’s artistic endeavors extend into multi-media collaborations as well, such as his composition of art songs that include musical settings of poems by Emily Dickinson and Walt Whitman. Also, his The Wonder of Miracles was choreographed for a memorial concert at the magnificent Cathedral St. John the Divine in New York City. While many listeners are familiar with Craig Urquhart from his numerous recordings and international concert performances, for those just discovering him, his new release is a wonderful introduction to this multi-talented artist. First Light illuminates the gifts of Craig Urquhart as a world-class pianist and composer of distinction. 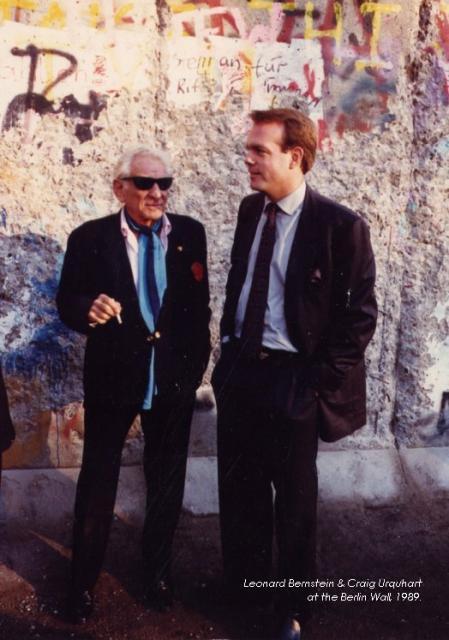