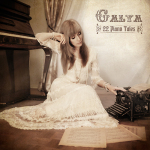 In the world of fictional literature, tales are told in a variety of forms ranging from epic novels to short stories. Having had the pleasure of writing a feature article about Galya’s previous album, Key of Dreams, which showcased her talent for intricate and detailed composition, I was fascinated to receive her new release, 22 Piano Tales, that is more an example of the short story analogy. In an exclusive interview, she explained: “Each song in my previous albums was like a book, with an intro, story line  like wedding music, so they were long. In the album 22 Piano Tales I use a little bit different approach. Each song is like a small tale describing a moment of life or an emotional state.” So I was curious to hear how her music would adapt to this different format.

Galya has a fascinating background that draws from various cultural influences. Born in the Ukraine near Russia, she started piano at a very young age and was only 12 when the largest Ukrainian sheet music publisher approached her about publishing her works. She went on to graduate from the University of the Arts and in addition to composing and performing concerts, Galya has written songbooks and instructional books for piano. She eventually moved to Paris in 2002 and has been living there since, steeped in its rich musical history. Readers who may be interested in reading more about Galya’s background can check out my feature article on her Key of Dreams album, where I wrote more in depth about her history. 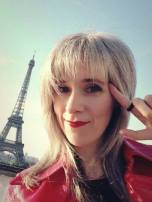 Given that at the time of this writing, there had just been a major terrorist attack aimed at artists expressing their right to free speech in Paris, near where Galya lives, I was interested to get her perspective on this and the role of the arts in these troubled times. In her words: “Yes, we have a difficult time now. Not only in France but also in Ukraine where I was born. There is a real war that has continued for more than a year. And there are many innocent people who die for political ambitions. In any time and in any place, artists should always be free to express themselves! We can create any kind of creations but there is a huge responsibility behind them. The art should not hurt or humiliate others people.” While some may agree or disagree with this, the statement reveals much about Galya’s compassionate nature and her soulful desire to use art for the highest good.

And in a similar vein, when asked whether she had personal reflections or back story about any of the songs on the album, Galya replied: “I prefer to let the people imagine their stories behind my music and let them live their imaginations freely! Very often they share them with me and this gives me a huge inspiration for my further songs!” So without further adieu, let’s see what inspirations and imaginings we can find in the music of 22 Piano Tales. 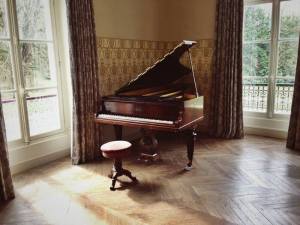 As mentioned, the songs are brief – many only a minute or two, approximately. But like a well-crafted short story or a Zen koan, it is not the length, but the depth of its content that conveys the meaning. As the title of the first track, “Fragile,” implies, the composition is a portrait of delicate beauty. Galya’s gentle nuanced touch and elegant phrasing hints of her classical background. Interestingly, although her music is sometimes categorized in the new age genre, Galya does not hesitate to affirm that it is primarily neo-classical, although like new age music it is relaxing and creates a beautiful space. As she explains: “A professional composer must be able to compose in any style of music. I have some other projects in different styles of music. This capacity enriches a composer and gives more freedom of expression.”

With 22 songs on the album, there isn’t room here to go into all of them, but I’ll touch on, what are for me, some of the highlights. I found the romantic strains of both “Live in Love” and “Merci” to be quite moving, and would work perfectly in a film soundtrack. Given Galya’s natural feel for this kind of music, it is not surprising that she published an instructional songbook called “Easy Romantic Piano.”

Among the highlights, I must mention the beautiful piece called “Turning the Page,” and the absolutely exquisite video Galya has created for it (see below). Over the past two years, Galya has had 11 videos produced for her music. Each video is her visualization of the story behind the song. As she elaborates: “In this particular video I’ve tried to share the moment of creation of a new song. Each composer and writer needs to “turn the page” after finishing one creation to 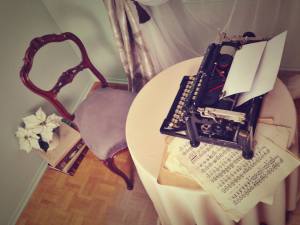 pass to the next one. Having a huge inspiration from early 20th century (French “Belle Epoque”) I was looking to create a romantic environment. Creating songs is a personal intimate moment and not really well associated to our era of music writing using computers and various electronic gadgets in the process of creation. I’ve spent about month to find appropriate decorations for this video: dress, curtains, jewelry, feather, inks and all other decorations. For example the chair used was bought and completely restored to correspond the piano’s style. I also bought the typewriter – nearly 100 years old (working perfectly by the way).”

While many of Galya’s songs are romantic and light hearted, she also explores diverse emotional terrain, such as the wistful air heard on “Adieu.” The sadness of saying goodbye to a loved one is beautifully portrayed here and is accentuated by her use of space, which speaks as eloquently as the notes in the melody. I also appreciated this balance of sound and silence in her poignant composition, “Now and Forever.” Galya draws great inspiration from nature, which is reflected in songs like “Rose Garden,” “Summer Dream,” “First Autumn Leaf,” “Frozen Flower,” and “Night Wind.” Although I didn’t at first recognize the song “Brother John” by its title, I had to smile when I realized, upon listening, that it was the much-beloved nursery rhyme, “Frere Jacques,” interpreted here in Galya’s distinctive flowing neo-classical style. 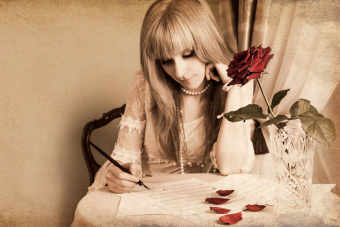 technique and training with deep expressiveness and emotion. When I asked her about this, she replied: “I think for composing or playing music you need to use your heart and your head equally. Emotions are our road and the head is our guide on this road.” Galya’s songs are quite evocative and are felt as much as heard by the listener. I wasn’t sure how I was going to relate to these much shorter pieces compared to her more lengthy previous recordings, but I enjoyed them very much. It reminded me a bit of “tapas” in Spanish cuisine, where small servings of a number of different dishes are served. Galya’s short pieces were just enough to give a burst of musical flavor and a tuneful taste without filling the listener up on a longer, more musically caloric composition. As such, 22 Piano Tales makes a wonderful introduction to this gifted artist, as well as being a welcome addition to the music collections of Galya’s long time fans.