While pianist, vocalist, composer, and artist, Elika Mahony considers herself a “world citizen,” the incredible diversity of her background is more like a United Nations of cultural influences. Although she was born in the US of Iranian parents, Elika was raised in Africa (Kenya). She also lived in Israel and Hong Kong, was educated at the University of California, Berkeley, and currently lives in Beijing, China.

One of her previous CD releases entitled, Fire and Gold blends eastern and western musical styles and features a number of languages including English, Spanish, Arabic and Chinese. With a background like this, there is no doubt that Elika creates from an expansive perspective, both personally and musically. Her numerous CD releases have sold in more than 25 countries around the world.

Yet with all the various geographic influences that inform her creative process, perhaps the greatest inspiration in her life and music is her spirituality. As a member of the Bahá’í Faith, her essential message is one of unity. The Bahá’í teachings emphasize that all of us, as creations of one God, are part of one human family. Bahá’ís believe the crucial need facing humanity is to find a unifying vision of the nature and purpose of life and of the future of society. With a spiritual foundation based on principles such as these, it is no surprise that Elika’s approach to music is so inclusive. 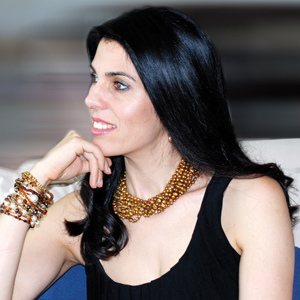 Although she began formal study of classical piano at the age of 5 and it is still a strand in her musical DNA, Elika often creates spontaneously at the piano based on what she is feeling in her heart at that moment. Hence, the music heard on her recordings is often a blend of composed pieces and improvisations, as it is on her latest release, Glimmerings. In Elika’s words: “The music on this CD tells the story of a soul’s spiritual journey, of glimmerings and confirmations along the path of search. But the path is not without its twists and turns, and no treasure is revealed except to those who risk all for its sake. All the storms and trials were our guides leading to the greatest gift: the recognition of the Beloved.”

Interestingly, the album begins with a track entitled “Commencement,” which she sees as “both a beginning and an end: a conclusion to all that went before and the start of a new life.” The music is emotionally evocative and seems to follow the “twists and turns” alluded to earlier in her description of the soul’s journey. While the album is primarily a solo piano recording, one of the most interesting and unexpected moments for me came on the title track. After about one minute, the piano was joined by what sounded to me at first like an “erhu,” a sort of Chinese violin that is said to be eerily similar to the soulful sound of the human voice. However, I soon came to the realization that it actually was a human voice – Elika’s in fact, as she traced the melody in a wordless vocal that had a haunting instrumental quality. This particular touch is not surprising given that she lives in China, and that her album cover is titled in both English and Chinese.

I found an interesting contrast between a track entitled “Dawning,” which was quite dramatic until the last movement, and the following track, “Daybreak,” that had a more tranquil ambience. A wonderful addition to the primarily solo piano compositions is heard on a song called “Realization.” As the melody unfolds on the piano it is soon accompanied by the sonorous sound of the cello played by Bo Peng, an award-winning cellist who has performed with world class musicians in the US, Canada, Europe, and Asia. The duet was lovely and left me wanting to hear more. I indeed got my wish on the album’s last track entitled “The Final Journey.” Of course this is subjective, but to me Elika saved the best for last. This piece is absolutely stunning and quite moving on an emotional level. For Elika, each song is a chapter in the story. She reflects on the meaning of this one: “And so the soul journeys ever farther along the paths of holiness, until it wings its flight to the realms of eternity on its Final Journey.”

In addition to the exquisite music Elika creates, she is also a talented artist and craft person. Like her music, her art is designed to uplift the spirit. Among Elika’s latest projects are prayer beads from Chinese water pearls, hand made specialty cards using Japanese paper and quotations from the Writings of Baha’u’llah, silk prayer book covers, and more – all of which can be seen on the “Beautiful Items” page of her website. The music and art of Elika Mahony is her gift to humanity and a testament to deep spirituality of this gifted artist. 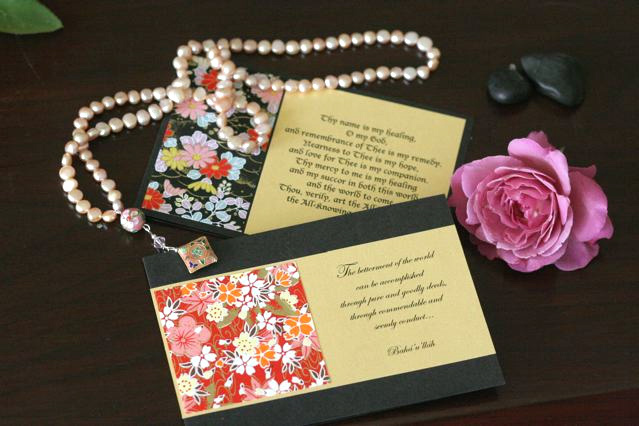