While the term “family values” has taken on political connotations for some in our culture, Craig Karolus’ use of it transcends all of that and expresses its purest meaning. Family Values is one of the most intimate and personal musical tributes I’ve had the pleasure of hearing. The year 2011 was a particularly intense one for Craig and his family, as quite a few of their cherished members and friends passed on.  Craig describes  his 2012 release, Family Values as: “A tribute to the family members and friends whose souls were lifted to the Heavens in 2011.” Many of the tracks are named for them and convey some of their unique energies through their melodies and ambiance.

Although Craig has been a musician for many years, it wasn’t until more recently that he began to put out recordings of his music – his first album being Standing On Top released in 2010. According to Craig: “Music has always been a part of my life. I look back to when I was just a small child, visiting my grandma in Wisconsin. In her basement, there was a small electric organ that I used to play all the time. This is where I learned how to put basic melodies together.” Later, in high school he was a percussionist and drum major for the school marching band in his small Minnesota community. This afforded him the opportunity to tour the country for performances and competitions, and it was a formative experience in his musical evolution. Interestingly, his first taste of new age music came while he was in the Army, where he served for eight years as a medic. As Craig reminisces: “One weekend I walked into a store at the shopping mall. The first thing that caught my eye was a laser kaleidoscope playing with music. I asked the clerk what kind of music that was? He said it’s called ‘New Age’ (Fresh Aire was the artist). I was hooked, and have been ever since.” However, there was a 10-year span of playing in a rock band named “Karolus” before he devoted himself more fully to New Age music and putting out his first album. 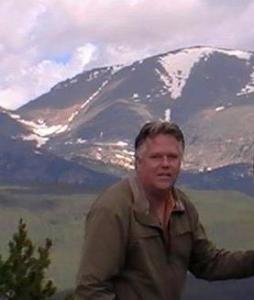 The header on Craig’s website says: “Relax, its New Age music at it’s finest.” Craig cites Yanni, Enya, and David Arkenstone as influences, among others. The site goes on to state: “His music gives a relaxing feeling to the listener, while introducing a dramatic melody at the same time.” This is certainly the sense one gets in listening to the first track on the album. Entitled “Fleurida, the piece is named and written for his mother who has been battling cancer, and according to Craig, is the strongest person he’s ever met. The song is a testament to her strength, kindness, and loving nature. Gentle synthesizer strings and piano in the intro, give way to lush orchestration that is powerful, yet elegantly understated, in a way that brought to mind some of the vibe of Suzanne Ciani.

The next track, “Jacob’s Tribute,” however, took me quite by surprise. After hearing the preceding song and reading the description on Craig’s website about music for relaxation, I was not prepared for the paradigm shift it represented – although for me, an ex-rock guitarist gone ambient, I could relate and enjoyed experiencing this side of Craig’s musical spectrum as well. Elements of 70’s and 80’s progressive rock provide a propulsive energy that would likely find favor with fans of groups like early Journey and Yes. This tune taps into Craig’s roots and shows his talents not only as a keyboardist, but features some stellar electric guitar work as well in this tribute to his multi-instrumentalist nephew who passed on at an early age. Of this piece Craig says: “I would not consider this song to fall under the genre of New Age. At first, I was a little hesitant about adding this song to the Family Valuesalbum. After considering what the story behind the album is about and what the album stands for, I knew it was the right choice.” 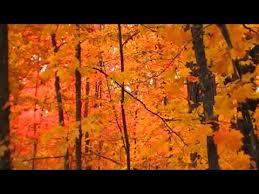 After adding a bit of yang to the yin, it’s back to the more mellow and richly orchestrated sound of the first track for the rest of the album. The feel of the title track can be summed up in two words: “mixed emotions,” and re-caps in music the emotional roller coaster Craig and his family experienced in that challenging year. Another fine example of his soaring lead guitar work comes in at the very end of the tune, which I can only criticize by saying it was too short. I certainly wouldn’t have minded if it had been two or three times longer. The first song written for this album is entitled “Denis,” a sweet musical eulogy to Craig’s father which features ethereal female vocals enhancing the arrangement. These kind of vocals appear in the next track as well and float gracefully over the opulent strings and piano that characterize “My Life With Charlotte” – a loving homage to Craig’s wife.

On “Carry My Soul (To The Heavens Above)” which appropriately brings the recording to its conclusion, Craig recaps the entire album in a way that is so heartfelt, it is sure to leave its essence lingering in the air after the music ends. The composition is quite cinematic and would make a wonderful soundtrack. It also serves as a re-cap in that it displays one of Craig’s strongest qualities as a composer, one which is found throughout every piece on the CD – his impeccable sense of dynamics. I was moved by the ebb and flow of his melodies and the way he used thematic modulation to shift the emotional currents of his music within the context of a single piece. Obviously, I’m not the only one to be impressed with Craig’s talents. Family Values was chosen for the number four spot in The Best Electronic Albums of 2012 by New Age Music World. I appreciate how Craig used his music for the expression of his emotions in such a deeply personal way. A lovely promotional music video for the album can be seen at his website which portrays the power of the family, not only among humans, but in the animal kingdom as well. Though Craig has been writing music for years, I’m glad to see he is now releasing his melodic compositions and is definitely off to a good start. I’ll look forward to hearing more from him in the future. 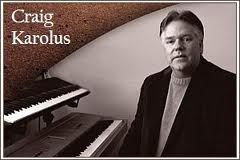