Deep Theta 2.0 is the latest release in sound healing pioneer Steven Halpern’s best-selling Brainwave Entrainment series. This album follows his 2012 Grammy nominated CD, Deep Alpha, which was in the Top 5 on the New Age Chart of the prestigious Billboard Magazine. His new release is also a follow up to his original Deep Theta album, which spent 27 weeks in the Top 10 on Billboard’s New Age Chart. This level of success is totally unprecedented for music in the sound healing genre. But breaking new ground is something that Steven Halpern is well known for.

While he has always been somewhat ahead of his time, the recent Grammy nomination and chart success of 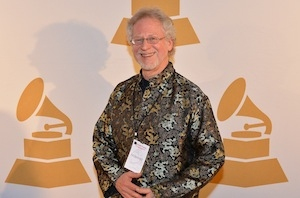 his last two releases, signals that there is a growing mass acceptance for music of this type. In fact, the hugely popular “Dr. Oz Show” recently featured an in-depth interview with Dr. Mitchell Gaynor, MD, a leading oncologist who includes sound healing along with traditional medicine in his practice. Many people aren’t aware that the roots of sound healing stretch back to antiquity. Only recently have advances in science, research and technology brought this therapeutic modality into more widespread use among the public and forward-thinking physicians and holistic health practitioners. The spiritual and healing applications of sound and music were well known in ancient civilizations such as Egypt and Greece. Interestingly, because many of those sounds seem harsh and strident to our modern Western ears, Steven felt a calling to create music for healing and meditation that would be accessible to people of today. And there is no doubt that he has succeeded in doing that over the past four decades.

This latest release pushes the boundaries of ambient with more melody than he usually includes, but yet, still able to take the listener on a journey deep into the ”theta zone.” The combination of ancient and modern as well as East and West make Deep Theta 2.0 a uniquely magical listening experience. Also, the blend of air element, represented by the flutes, with the watery floating tones of the Rhodes electric piano, and the etheric element of the synthesizers makes for some deeply soothing audio alchemy, that is further enhanced by the use of state of the art brainwave technology. 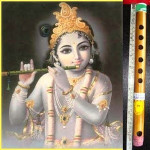 One of the distinguishing aspects of Deep Theta 2.0 is the blend of some traditional acoustic instruments traditionally associated with Zen and yoga meditation. The shakuhachi flute traces its origins to Japan and China in the 12th Century, and was used by monks and samurai in the practice of Zen meditation to achieve stillness of mind, connection with nature, and enlightenment.  The bansuri flute, a widely used folk instrument throughout Asia for 2,000 years, was initially revered as Krishna’s divine instrument.

The album opens with the airy ambience of Jorge Alfano’s shakuhachi flute setting the stage for the entrance of Steven’s familiar dreamy electric piano melodies and accents, with washes of ethereal synthesizer in the background. Within seconds, the listener may feel themselves slowing down, relaxing, and drifting away on tranquil currents of sound. There is a much-appreciated continuity from track to track, so that the meditative context that is created is not disturbed. Some of the tracks were recorded as ‘live’ duets, while on others, Jorge and Schawkie Roth overdubbed on Steven’s pre-produced arrangements. On other tracks, Steven then edited and completely re-orchestrated what Jorge and Schawkie played, to create an entirely new composition.

entrainment. Steven has developed a proprietary sonic technology that creates a soundfield that gently ‘entrains the brain’ into the precise frequency of the deepest theta brain range (4 cycles per second, or Hertz. In his words: “Adding the subtle entrainment tones take the music to a deeper level, and thus, take the listener to a deeper level. Of course, you can listen to the album just for the music, but if you want to amplify your experience in meditation, listen with headphones and observe how you feel.”

Unlike most of the brainwave entrainment albums on the market, Steven doesn’t simply add the tones in post-production, he actually hears the tones in his headphones as he improvises and records.  He is fully “in the theta zone” himself, and that’s another reason many listeners will feel the effect so readily. Those interested in more detailed information and research on brainwave entrainment can find it at Steven’s website, and on Youtube. 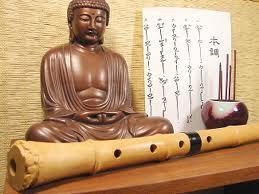 One of the fascinating things about the shakuhachi flute is that while this simple instrument has only five holes, it can play up to 83 different notes and create an array of sounds unrivaled by any other acoustic instrument. A master can bend pitches in many ways and with various degrees. Every slight variation has an emotional correlate for those steeped in the tradition. Jorge Alfano of Argentina, who plays on eight tracks, is not only accomplished on flutes, but also has played with folk-singer Ritchie Havens, worked extensively as a jazz bassist in New York City, and recently performed for the Dalai Lama.  Schawkie Roth, who plays bansuri on four pieces on the album, has been a practitioner of new age music for nearly four decades and previously played on several Halpern albums including Zodiac Suite, Eastern Peace and Deja-Blues.  Ronnie Nyogetsu Reishin Seldin, who performs on one composition, holds two shakuhachi grand master titles from Japan.

In addition to other keyboards and synthesizers used for background textures and orchestration, Steven’s 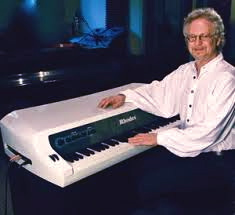 primary instrument on this recording, and one which he is well known for, is the latest model of the classic Rhodes electric piano, the Mark 7. The Rhodes is basically 73 tuning forks played by a keyboard – an electro-mechanical instrument, not purely electronic, which can elicit the healing properties of pure sine wave tones. According to Steven, this is the first time these flutes, which are used in Eastern meditation practice have been combined with the highest-rated modern healing instrument, the Rhodes electric piano.

The album’s 13 tracks total an hour and fourteen minutes. There is a wonderful homogeneity in the music, with individual touches and variations. One of these is on Pt 4, evoking the sound of the East with the drone of an Indian stringed instrument called a tamboura, which is also heard on Pt 9.  The bansuri flute as played here by Schawkie Roth has a somewhat different sound than the shakuhachi flute heard on the previous tracks. It is less breathy and seems more suited to intricate melodies, compared to the longer sustained atmospheric sounds of the shakuhachi. Schawkie is a master wind instrument player and knows exactly when to add just the right-touch of vibrato to accent his tasteful phrasing.

Another variation in this song is that Steven is playing synthesizers only, and not the Rhodes electric piano. There are a number of tracks on the album without the Rhodes that transform those songs into more deep space/ ambient excursions. Another example of this is Pt 7, which features the shakuhachi playing of Ronnie Nyogetsu Reishin Seldin, as well as Steven’s electronic soundscape with crystal bowl and ocean waves. The sound of the sea also provides aquatic ambiance on Pt 12, another deeply ambient synth-only track with the bansuri flute of Schawkie Roth. The final song, at nearly seven and a half minutes is the longest on the album. I particularly liked the way digital effects such as reverb and delay were added to Jorge Alfano’s flute to make it even more atmospheric, with notes trailing off into the distance. This piece is delightfully dreamy and is a perfect way to leave the listener basking in the afterglow of the theta zone.

In his 40-year music career, Steven Halpern has recorded 77 albums, published two books (Tuning the Human Instrument and Sound Health), sold more than seven million albums worldwide, and was nominated for a Grammy.  In 2005 Steven was named by Keyboard magazine as “one of the 30 most influential keyboardists of the past 30 years… who changed the way we play and listen to music.” It is hard to imagine anyone not feeling more peaceful and relaxed after listening to this recording. There is a reason that Steven Halpern’s music has been so popular over the years, and now more so than ever with his Brainwave Entrainment Series. Long time fans of his will certainly love this new release and new listeners will soon understand the allure and longevity of this musical pioneer and ground breaking sonic explorer.