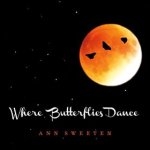 I’m always happy to receive a new recording from internationally renowned, chart-topping, award-winning pianist/composer Ann Sweeten. Previously, I’ve written about 3 of her earlier releases including 2 CD’s: In The Wakeand Tapestries of Time, as well a DVD of a live performance entitled Live at the St. George – An Evening with Ann Sweeten. Since those feature articles contain details about Ann’s musical background, I’ll refer readers who may be interested in learning more to those articles. However, some brief highlights include the fact that Ann holds the prestigious title of an official “Steinway Artist,” which places her in the company of some of the finest and most well known pianists in the world. In addition to her achievements as a pianist, Ann has had a career as a professional actress, a singer in musical theater, a trained ballet dancer, and even fronted a rock band.

For her latest project, Ann has chosen the theme of butterflies, which has great meaning for her on a number of 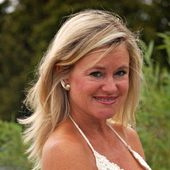 different levels. As she writes in the album’s liner notes: “Throughout the world, in all cultures spanning history, from ancient times until the present, the metamorphosis of butterflies has been a source of wonder. Many legends or myths about butterflies have arisen in very different cultures that are representative of renewal, awakening, courage, love, joy, and hope.” In my interview with Ann, she went on to say: “Where Butterflies Dance is symbolic on a number of different planes but is definitely metaphysical in nature and the pieces carry you on a journey.”

Being an avid environmentalist and animal rights activist, Ann also illuminates another dimension to the album’s theme: “It also speaks to the true migration of the Monarch Butterfly and the alarming decline in it’s numbers, due to corporate greed in bed with political aspiration, and their unceasing assault on the environment. The last paragraph in the booklet sums things up: Where Butterflies Dance is both a call to action and a prayer for hope that we might find a place where butterflies indeed dance by righting the wrongs, and creating a renewed grace toward Mother Earth, all her inhabitants and toward fellow mankind.” 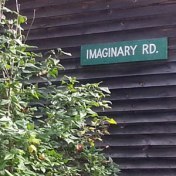 As in the past, Ann has chosen to record this album at the iconic Imaginary Road Studios in Vermont, which is owned by GRAMMY winning producer and Windham Hill Records founder Will Ackermanwho helped produce the recording along with Ann. In addition, the album was engineered, mixed, and mastered by Tom Eaton, an extremely talented musician in his own right whose recent release I have had the pleasure of writing about. Ann is also joined by a number of exceptional accompanists on violin, cello, English horn, flute, acoustic guitar, and ambient electric guitar. And of course, one of the many perks of recording at Imaginary Road is the opportunity to use their highly modified Steinway piano which has been heard on many highly regarded recordings by world class pianists.

The album takes flight with a lovely piece entitled “A Trace Of You,” in which Ann’s opening piano notes are delicate like a butterfly’s wings as they lift the song gracefully aloft. The first to join her on this journey is the English horn of Akane Setiawan, who came to the US from Kyoto, Japan, and is now an active soloist, chamber player, and orchestral musician. As the piece evolves, the sweet, soaring sound of world-renowned violinist Charlie Bisharat joins the mix. Charlie has played with everyone from Kitaro and Yanni, to Michael Jackson, Elton John, The Rolling Stones, and many more too numerous to mention. Together, this trio creates a heartfelt sound that oozes with sentiment and grace on Ann’s elegant composition.

I’m not sure what inspired the title “Broken Wing At North Light,” but it is a powerful moving piece, made even 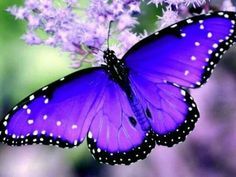 more so by the sonorous cello of Eugene Friesen, who is best known for playing with The Paul Winter Consort, as well as with pianist Scott Cossu, and numerous Will Ackerman productions. His accompaniment is soulful, yet subtle, allowing the majestic melody of Ann’s piano to shine. I cannot help but be impressed with the stylistic and emotional range of Ann’s writing and playing from song to song. On a track called “Elysian Fields,” I particularly liked the way Ann’s left hand arpeggios created a sense of continuity leaving her right hand free to explore different spaces like a butterfly in motion. On this piece, Ann also plays synthesizer as well as piano. An interesting addition was the ambient electric guitar of one of my favorite new age musicians that I’ve written about, Jeff Pearce, adding the unique atmospheric textures that he is so well known for.

With regard to a poignant track called “Love Among The Ruins,” Ann shared another environmental and metaphorical message: ”The love to which I refer is the growing number of species languishing and nearing extinction on a deeply compromised planet. And, also, perhaps, the love is the whisper of two lover’s souls forever mingling after flesh is gone. The cello and English horn represent their voices as they struggle to be heard.” In addition to the accompanied pieces, the album also features a stunning solo piano track entitled “Veil Of Tears.”

And speaking of tears, as an animal rights activist, Ann devotes a fair amount of space in the liner notes to tell the sad story of “Sateo,” an African elephant, who was ruthlessly killed by poachers. In this deeply touching song, Ann shares that “the violin (played by Andrew Eng) represents the beauty and grace of Sateo’s spirit.” Another song with a deeply personal meaning for Ann is “Morning Mist At Chimayo,” which also features the flute of Trisha Craig, as well as the acoustic guitar of Will Ackerman himself. According to Ann: “I visited Chimayo while on tour in New Mexico. It’s a sacred place to which many make a considerable trek for its healing nature and ensuing hope for better things to come.” From the earthy to the celestial we come to a track called “The Hanging Road,” which is a Cheyenne Indian name for The Milky Way. Understated accompaniment by Eugene Friesen and Akane Setiawan add to the final movement of this predominantly piano-based composition.

The album’s title track has a pleasant pastoral presence that is heartwarming and evokes the feeling of butterflies fluttering in a flower-filled field. The sweet sounds of Trisha Craig’s flute and Andrew Eng’s violin add to the serene ambiance. The album concludes with a graceful duet between Ann and Andrew Eng, entitled “Migration.” As Ann shared in our interview: “Whether the final title on the album references the soul’s final migration to the star-clad universe or the soul’s discovery of grace, that it migrates to a better consciousness, it is spiritual.”

In addition to Ann’s impeccable talents as a pianist, composer, and arranger, the unseen, but deeply felt 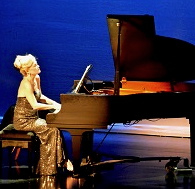 spiritual dimension that she brings to her music takes her elegant compositions to another level altogether. In our interview, I asked Ann about the source of her inspiration. Her reply was so beautiful that I must share it here. In Ann’s words: “My music comes from the very depths of my soul and when I have been asked about my inspiration I have said that for me, the pieces almost seem to write themselves. I think it must be then, that the source is divine, and while I play one instrument, I become yet another.” This latest release by Ann Sweeten, like the butterfly itself, is a thing of delicate beauty in motion, symbolizing grace, transformation, and renewal. After 12 albums, Ann’s music continues to evolve into greater and greater levels of refinement and creative expression. Where Butterflies Dance is an inspired work of art from one of the genre’s premier pianists.