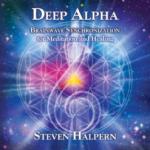 A recent article in the LA Times described Steven Halpern as an “internationally acclaimed composer, recording artist and producer whose healing music put the field of sound healing on the map.  Halpern is known as “a founding father of the New Age music genre.”  He was also recognized in Keyboard Magazine as “One of the most influential keyboard artists of the past 35 years, who changed the way we compose, market and listen to music.”

One of the distinguishing features of Steven’s music is the way non-linear time, space, and silence, are integral parts of the music. As a listener, this kind of music makes it easier to get into the timeless present moment.  As such, “Deep Alpha is optimally experienced in a quiet space, with or without headphones, and eyes closed so that the listener can immerse their self in its resonance. In this way, they can tune their brain to the frequencies of bliss, healing and deep meditation without years of practice. The result is a ‘natural high’- at the speed of sound!

“Deep Alpha can help you feel like you’ve meditated for an hour in only five minutes,” according to Halpern. “So if you’re stressed out and only have short amount of time to spare, listening to any song on this album can be beneficial. However, to get the full effect, it’s best to listen to the entire album,” Be assured that “Deep Alpha can be enjoyed purely as a recording of exquisitely beautiful music, without needing to focus on the psychological research and intention behind this project. The music on this CD is the classic dreamy sound that many people have come to associate with Steven Halpern. 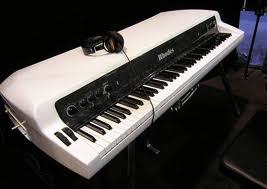 A major part of his sound from the beginning has been the Rhodes electric piano, which has a warm bell-like tone that is unique to this instrument. On Deep Alpha, Steven is playing the latest updated version of the Rhodes – the Mark 7. In his words: “The sound of this instrument produces the purest tone of any instrument I’ve ever played.” Along with the electric piano are subtle washes of synthesizer and a few tracks feature the tambura, a meditative Indian drone instrument that is mixed quietly in the background. Some songs are also enhanced by the fretless bass playing of Michael Manring, a world-class musician best known for his work on a number of Windham Hill recordings.

The album begins with deeply resonant bass and cellos, adding an ascending series of notes that you can feel move up your spine. From the very first notes you may become aware of a shift in how you feel. It can happen within seconds – you may notice your breathing slowing down, your muscles relaxing, and tension beginning to release. A breathtaking arrangement featuring Halpern’s iconic piano and Grammy winner Paul McCandless on oboe touches the heart with every listening.

What makes Deep Alpha of special interest is that the focus of the music is to help “entrain” or synchronize the brain waves of the listener into the ‘Alpha zone’, at precisely 8 cycles per second, characterized by deep and blissful relaxation that nurtures the heart and soul. Utilizing his trademarked Aural-Sync technology, Halpern combines his soothing musical compositions with brainwave sound technology that gently but effectively ‘entrains the brain’ of the listener.

As Steven explains: “Your brain is being entrained all the time, whether you’ve been aware of it or not.   Every time you tap your toes to the beat of the music, you’re being entrained. Every time you’ve enjoyed the flickering flame of a candle or fireplace, you’re being entrained. The former affects your entire body and the later affects your brainwaves. So the question really is, do you want to become more aware of what’s up in your world, and make more conscious choices that support your physical, emotional and spiritual health?”

He goes on to say: “I believe that tuning in to the world of brainwave entrainment music can make a positive addition to our lives. I predicted this during my on-camera TV interview with 48 HOURS on CBS back in 1991. That statement may have been ahead of its time then, but I think it’s an idea whose time has come.” 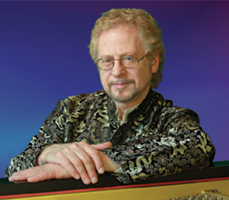 In a career spanning over 35 years, Steven has released over 60 albums, which have sold more than 7 million copies worldwide. As well as being an originator of the modern field of healing music with his quietly revolutionary approach to composing and recording elegant soundscapes that create a beautifully peaceful listening experience, Halpern also pioneered the ‘functional’ use of music to support the body’s natural ability to heal itself.   His new album takes both aspects into a higher octave. On Deep Alpha, Steven Halpern explores new sonic territory with some of the most radio-friendly soundscapes of his illustrious career.

Check out Steven’s enlightening and entertaining articles and videos on brainwave entrainment music at www.StevenHalpern.com.