Well-known harpist and composer Peter Sterling is definitely in the groove with his latest release, Sacred Visions. The recording combines the earthy rhythms of both East and West with celestial harp, flute, keyboards, guitar, vocals, and a variety of world musical instruments in a unique alchemy of ancient and contemporary elements. The result is an album of uplifting positive energy tracks that is sure to raise your spirit and get your toe tapping.

Sacred Visions is Peter’s sixteenth studio album and is the fifth one I have had the pleasure of writing about. Previous releases featured here on Music and Media Focus include Twilight Serenade, Center of the Circle, Patterns of Reflection, and Circles Of Light. Over the years, Peter’s music has garnered numerous awards and

nominations, radio airplay, and critical acclaim. In addition to his recordings, since the age of 16, Peter has also been a highly productive stained glass artist specializing in images of sacred geometry and mandalas. In conjunction with this he also teaches workshops on sound healing and sacred geometry. But the accolades don’t stop there for this true renaissance man. Peter is also a published author with a book entitled Hearing The Angels Sing, which documents some of his transformative spiritual experiences.

Peter has always been inspired by the natural beauty of his environment and in our interview I asked about the inspiration for this album. In his words: “The record was recorded in the beautiful and powerful energy planetary vortex of Sedona, Arizona. This is where my music began for me 23 years ago! The first three tracks of the CD are kind of a trilogy inspired by the red rock canyons and the ancient spirits of the land the live there. 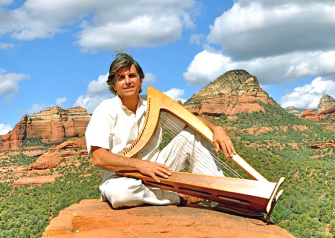 Sedona has always been an inspiration for me in all ways creatively. I originally moved here back in 1989 to pursue my artistic and creative visions and live the life of a dedicated artist. It was in the canyons that the music came to me after a series of powerful angelic visions.” He went on to say: “My music extends beyond the stage and recording studio and onto the land where I lead individuals and groups on sacred land journeys into the wilderness. I do a truly unique sound healing experience on the rocks with my wind harp that sounds like choirs of heavenly angels singing.”

On this album Peter displays his prodigious musical talents on electric harp, Guzeng (Chinese harp), piano, keyboards and loops, percussion, ocarina, recorder, and vocals. In addition to the help of his spiritual guides, Peter also enlists the earthly assistance a number of fine musical accompanists who I’ll mention in a discussion of the individual tracks. According to Peter, “I have nurtured these musical connections for almost two decades now. My belief is that this long-time connection has helped to shape and deepen my music.” So without further adieu, let’s explore the mystical realms of Peter Sterling’s Sacred Visions.

The album opens with “Sedona Sunset,” which Peter describes in this way: “As the sun sinks into a fiery glow on the western horizon and the evening crickets begin their nightly chorus, ancient drumbeats echo from the canyons and call to one’s spirit to soar among the ancient ruins.” Tribal rhythms indeed ignite the fire as Peter’s harp is joined by Robin Miller on guitar in a lively upbeat song that sets the tone for the album. Peter describes the next piece, “Shaman’s Cave” as “a poly-rhythmic portal that brings the listener into contact with the ancient one’s who become our guardians and guides and lead us to our soul’s deepest awakening.” I particularly liked the bouncy marimba track that gets the groove going. The third song that completes this Sedona-inspired trilogy is “Starlite and Moon Beams.” The rhythm track is an interesting blend of hand drums along with a variety of shakers, rattles, and other percussion instruments that provide a laidback pulse that is graced by harp and chanted female and male vocals.

After the Sedona trilogy, we move a bit to the east… actually a lot to the east with a song called “Bombay

Boogie.” According to Peter, “The spice of Sanskrit mantra weaves in and out of several tracks, and as a life long yoga and meditation practitioner who has bathed in the Mother Ganges and felt the blessings of Indian saints, I am grateful for the illumination India has shined upon my soul.” While there is a flavor of India in the Sanskrit chanting, the rhythmic elements of the song are quite multi-cultural. There’s a marimba groove that has a bit of a reggae feel, along with various kinds of percussion, and Peter’s Chinese harp that make for an intriguing blend of world music influences.

The song I was most looking forward to hearing, and which became one of my favorites on the album, is track 5, “Eclipse,” that features a number of musicians I regard highly. On guitar is Bruce Becvar whose own music I’ve always enjoyed. Adding to the mix are William Aura on bass and Craig Dobin on piano, who are both founding members of the band 3rd Force, which has been producing music for 20 years and whose current release was recently #1 on the Billboard smooth jazz chart. Richard Hardy, who frequently collaborates with Peter, adds soprano sax to the tune as well. The song has a wonderful down-tempo chill vibe, with a touch of electronica that is the perfect mix of mellow and motion.

The dreamy “Dance of Saraswati” is another song with Indian influence and sacred chanting. Adding to Peter’s elegant harp playing are Fitzhugh Jenkins on guitar, and award-winning new age artist Hans Christian on cello. Echoes of India are also heard on the next track, “Mystic Rose,” with its tabla drums and Sanskrit chanting. Here, Hans Christian plays the sarangi, a short-necked violin-like instrument from India and Nepal which. And adding to the cross-cultural influence is Richard Hardy on Native flute. 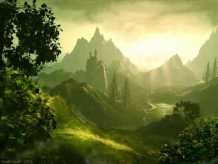 A very different ambiance is heard as we jump across the planet with the Celtic-flavored song “Through the Valley and Over the Hills.” Here, Richard Hardy lends a bit of authentic vibe on the Irish penny whistle. Peter’s multi-tracked harp playing is absolutely gorgeous and the song transports you to the verdant landscape of the Emerald Isle. The album winds down to a peaceful conclusion with a haunting and heart-opening composition called “Remembrance,” that is as elegant as it is emotionally evocative, enhanced by the soulful cello of Hans Christian.

Peter and company cover a lot of diverse musical territory on the album. While largely rhythmic, other facets of Peter’s sonic spectrum are reflected as well, providing a perfect showcase for his diverse talents and comfort with a variety of musical modes and the many instruments he plays. One of the things that stand out to me, not only in Peter’s music, but in all his creative endeavors, is the strong sense of spirituality that is expressed. Peter’s deep respect for the earth and various cultural traditions is evident in his artistry. There is a great deal of inspiration that comes across in everything he does that translates to the listener, the viewer, and the reader of his various works. 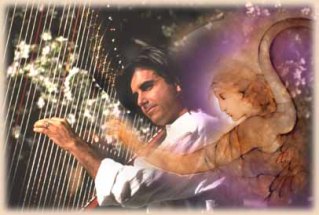 In this regard I’ll leave the final words to Peter, which he shared in our interview: “For me my music has always been about bringing thru something bigger and larger in context than normal music. My musical quest has always been to infuse my compositions with healing, uplifting, and heavenly energies where one might be able to close their eyes as they listen and perhaps have a glimpse of a higher plane of being. And indeed I have accomplished this as the letters and testimonials I have received from around the world give testimony to.”