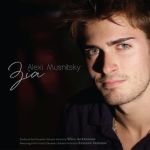 While many contemporary music genres are aimed at and draw from younger people and performers, some in their teens or barely out of them, the new age genre tends to resonate primarily with a, shall we say, more “mature” crowd. In my work as a new age music journalist a lot of the artists I interact with and write about are of the baby boom generation, myself included. Not to make too much of a sweeping generalization, but suffice it to say it’s a different demographic age-wise than genres such as pop, rock, hip hop, etc. So it is refreshing (and encouraging) to encounter someone like 20 year-old pianist/composer Alexi Musnitsky who is drawn to this kind of music at such an early stage of his life and career.

This is, however, somewhat of a new direction for Alexi. Starting piano lessons at the age of 4, he became immersed in classical music. He now expresses gratitude for his first teacher who he describes as, “supportive for such a young player and particularly open to letting me feel my own way as opposed to following strict rules.” In his formative years, he was fortunate once again, this time by becoming a pupil of the renowned Russian classical pianist, Marina Ravor. Interestingly, according to his bio: “Unlike some protégés, though, Alexi did not aspire for accolades. ‘Playing piano has been something I do for myself. I was never interested in competitions,’ although he did win first prize in the Flame International Piano Competition, the one and only time he entered.” In my interview with Alexi, he went on to say: “I play, not to be famous but to talk about what I deeply feel. This is one of the reasons I never went through the competition circuit. I thoroughly enjoy playing for others but it is not a game for me to win, rather it is my pleasure in talking to people through the piano.”

It’s only been in the last couple years that Alexi began to move away from playing the music of classical composers and started writing his own compositions. He began to do some home recordings of his music and post them online where they gained a lot of favorable attention. This led to him being named as an upcoming artist by the French/Belgian Project Daybreak, which features interviews and articles on rising stars in the music business. Its not surprising that he was recognized first in Europe since, although he was born in New Mexico, Alexi has lived a good deal of his life in Paris, where he is currently finishing his final year at the Paris School of Business, completing his BBA (Bachelor in Business Administration). 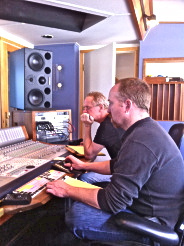 Alexi’s bridge into this new musical territory and the subsequent recording of his debut album came when his music caught the ear of GRAMMY winning producer and Windham Hill Records founder Will Ackerman. Will was greatly impressed by what he heard and invited Alexi to come to his iconic Imaginary Road Studios in Vermont to do this album along with 4 time GRAMMY winning cellist Eugene Friesen and engineer/producer/ multi-instrumentalist Tom Eaton. In his own words, Will shared: “There are few things more enjoyable as a music producer than to encounter a significant new talent and there is something additionally marvelous about discovering this in a young person who you believe to be on the cusp of great things. Such is the case with pianist Alexi Musnitsky. As founder of Windham Hill Records, known in large part for releases of cutting edge piano recordings, I feel my history gives some perspective on the fact that I regard Alexi as a pianist with a bright future.”

That is high praise indeed. Although the opportunity left him speechless, Alexi reflects: “knowing who Will Ackerman and Eugene Friesen are, I am amazed at their support, attention, and generosity towards me, and as a rookie, it has been an experience that humbles you as much as you feel honored to share the room with them.” An added benefit for Alexi was the opportunity to record on Will’s highly modified Steinway piano that has been the centerpiece for many albums recorded at Imaginary Road Studios.

Perhaps what Will and others resonate to in Alexi’s playing is the emotion behind it. In my interview with Alexi 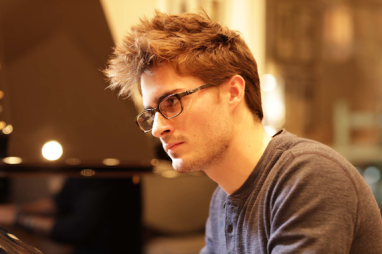 he went on to say: “My inspiration comes from my feelings, emotions from things that happen to me whether good, bad, happy or stressful. I have been angered, hurt and disappointed by friends, challenged by rules and roadblocks. I have also been thrilled by adventures, particularly sailing, and I am really fortunate to meet people from all over the world as well as having two cultures of my own being French and American. All these interactions create emotions that come out when I play. I have memories of New Mexico, where I was born and a place so completely different than France. There are parts of that childhood I miss even though I would not be happy without the majority of my life spent in Paris. These are the images behind Zia. So I think each song contains many feelings and they basically flow into the music in the same way they go through my mind.”

From the first notes of the title track that opens the album, I could sense an emotional maturity and depth far beyond his years, not only in the wistful reflective phrasing of his intro, but also in the evocative way Alexi utilized space as musical punctuation. As the last note of the intro trails off into silence, a new, more effusive emotion is heard as Alexi launches into a flurry of arpeggiated notes contrasted by bold expressive chords in a dynamic shift of energy that was as surprising as it is inspiring. It is one of the two solo piano pieces on the album and makes for quite a dramatic first impression. 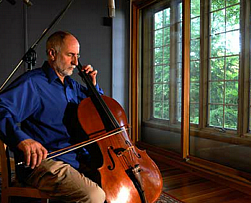 The next track, “War of Love,” reflects another facet of Alexi’s emotional spectrum. In his own words: “When I play, I recall the emotions that I felt and each song often has a mix of such emotions such as sad, happy, angry or even melancholy. ‘War of Love’ is a good example as the title itself hints that I had a mix of emotions including anger and feeling of striking out over something that I, in fact, loved and did not want to lose. It is hard for me to find the words to the feelings. I think music expresses them much better.” Adding to the sentimental ambiance of Alexi’s piano is the soulful sonority of Eugene Friesen’s cello. While Eugene is best known as a member of the Paul Winter Consort, he has played on countless albums ranging from Windham Hill pianist Scott Cossu to the progressive rock group Dream Theater, and many more, as well as being a published author and a professor at the prestigious Berklee College of Music in Boston. Also heard on this track is Tom Eaton on bass and percussion. In addition to being an engineer and producer at Imaginary Road Studios, Tom often adds his talents on a wide variety of instruments to the projects being recorded there. I also recently had the pleasure of writing about Tom’s own excellent new release.

“Sparkling Heart” is the other solo piano track which illustrates Alexi’s sense of dynamics and his skill in moving so effortlessly between quieter passages and more dynamic ones. I particularly appreciated the uplifting optimistic air of another ensemble piece with Eugene and Tom, called “Light Will Lead The Way.”

I would say though that my favorite song on the album is the final track, entitled “Dream Catcher.” This song 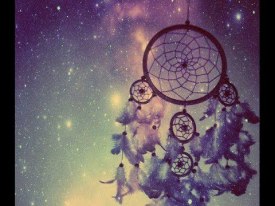 perhaps draws on distant memories of Alexi’s early life in New Mexico, which is known for its Native American influence, and the piece includes Will Ackerman himself on Hopi Drum. Also heard here for the first time on the recording is the ethereal vocal of Noah Wilding, a frequent guest artist on Imaginary Road projects. Eugene on cello and Tom on bass and percussion complete this expanded ensemble. As can be expected from the title, the song is appropriately dreamy throughout, moving into a more rhythmic section towards the end. It’s a perfect note to end the album on.

While there are no lyrics in Alexi’s music, his compositions definitely have a storytelling quality to them. As mentioned earlier, Alexi’s goal in composing and playing the piano is to express his emotions, and as he described: “It is my pleasure in talking to people through the piano.” He goes on to say: “I was fortunate beyond belief and honored that Will Ackerman listened and then to have Eugene Friesen join was amazing. It was Will, Eugene and Tom Eaton that made my ‘conversation’ an album.” To say that Zia is an outstanding debut album would be an understatement. Alexi Musnitky is truly one of the brightest rising stars on the horizon, and is someone I know that we’ll be hearing much more of in the future. That is something I look forward to. But for now I’m quite content to re-visit the evocative musical landscapes he has created on this sterling collection of beautifully written and emotionally revealing compositions.