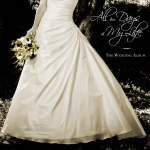 Albums with a particular focus or niche come in many varieties. From relaxation, meditation, yoga, spiritual attunement, Goddesses, healing, sleep induction, and more, the list goes on. Yet one of the more unique niche albums I’ve come across recently is Vicente Avella’s piano music for weddings, entitled All The Days Of My Life. Here he describes his inspiration to create this recording: “Through working with couples over the years, I have encountered an ever-growing need for music that, simply put, gives a current expression to the traditional wedding classics. I kept finding that brides and grooms loved the timelessness of the classics but that, at the same time, they really wanted music that spoke today’s language; their language. This inspired me to create this album: a collection of music that embraces both the traditional and the contemporary.” Keep in mind that the modern touch he is referring to does not mean synthesizers, hip hop beats, and electronica, but is a present day perspective on “timeless classics” performed on solo piano in a style that brings to mind George Winston, David Lanz, Peter Kater, and many of the Windham Hill artists.

The connection to Windham Hill goes even deeper in that this album was produced by the iconic label’s founder, Grammy winning producer Will Ackerman, who had this to say: Conceived as the soundtrack of a contemporary wedding, “All The Days Of My Life” is, of course, perfect for weddings, but is so original in the arrangements of even traditional wedding music that the album is a joy on any day. Vicente is a brilliant player and arranger. Very few musicians could have pulled this off so gracefully and successfully. There is a freshness to his approach to this material that utterly avoids cliché and provides depth and beauty in its place… a remarkable achievement.” That is high praise coming from someone of Will’s perspective and experience. Not surprisingly, there is a mutual admiration as expressed by Vicente: “Working with Will was wonderful. He is an amazing musician with a keen sensibility who generously shares his wisdom. He helped bring out the best in me and this album is so much better because of his involvement. And recording at Imaginary Road was idyllic. Can’t think of a more inspiring place to record.” 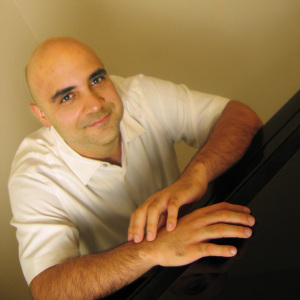 Vicente brings a formidable skill set to this labor of love. Born in Caracas, Venezuela, he went on to receive his bachelor’s degree in piano performance from Indiana University and a master’s degree in music composition from Eastman School of Music. As a pianist and composer, he has been writing and performing internationally since 1998. Areas of specialization Vicente has excelled in are film scoring and orchestration where he has worked on numerous award winning films and animations, as well as music production for major network television shows. I find it fascinating with a musical focus such as this, that Vicente felt the impetus to create this particular kind of album. He shares a bit more explanation: “As one who has been honored to provide the music for hundreds of ceremonies, I can say with certainty that your wedding is an experience that you will never forget. Personally speaking, I hold the memory of my own wedding as one of the most beautiful days of my life. Those memories will remain with me forever. They hold within them everything that is most meaningful to me.” That he was able to apply his talents to provide music that will enhance the treasured memories of others is a gift that will be cherished by many.

The album’s opening track, “Jesu, Joy of Man’s Desiring,” is played with a tenderness that sets just the right mood for this blessed time in a couple’s lives. I was also aware of and impressed with his sense of timing and way he 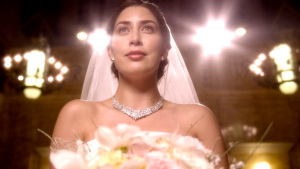 impeccably used the space between the notes, as well as the notes themselves. This is followed by an original tune called “Dressed In White,” which was inspired by the first time Vicente saw his bride, now his wife in her wedding dress. Next up is “Romanze,” an elegant rendition of “Canon in D.” One of my, and I’m sure many other people’s favorite melodies is interpreted in a stately and graceful manner that is truly moving. Of course, no album of wedding music would be complete without that most archetypal song for the occasion, “Bridal March,” sometimes referred to as “Here Comes The Bride.” This is an emotionally evocative melody to begin with and Vicente’s heartfelt version of it might even bring a tear or two to the eye of the most unsentimental listener. 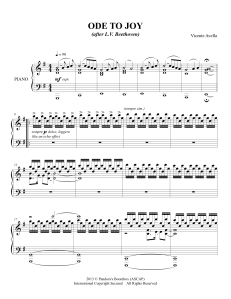 One of my favorite pieces on the album is Beethoven’s “Ode To Joy.” I particularly liked the contrast between Vicente’s sprightly right hand arpeggios and the more restrained left hand chords. Another song that means a lot to many people and carries a deep emotional resonance is Schubert’s “Ave Maria.” Interestingly, Vicente’s soulful playing on this classic, in one respect elevates it in spirit, yet at the same time, brings it down to earth with simplicity and grace. However, out of all the beautiful music on the album, my absolute favorite is the next to the last track, “Spring” by Vivaldi.  I love the light-hearted optimistic air about it and the image of hopefulness it evokes of a couple on their special day contemplating a new life together. The album draws to a touching conclusion with a lovely interpretation of Mendelssohn’s “Wedding March.”

One of the words that come to mind in describing Vicente’s musical sensibilities is “tasteful.” Apparently a music critic at the Boston Globe agreed when he described Vicente’s music as “good taste unto genius.” An excellent video introduction to Vicente and his music can be viewed on his website. And a brand new music video with a track from the album has recently been posted on Youtube (http://youtu.be/YTx3ataGqSI). While the album features many classic songs, this compilation of Vicente’s performances of them could well become a classic in itself. The marriage of these timeless melodies with the skill and sensitivity of an instrumentalist like Vicente Avella is a match made in heaven. 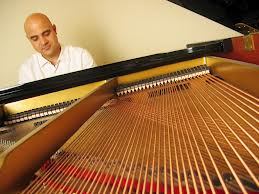