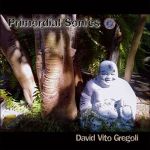 It was not that long ago that music from various countries and traditions existed mostly in their own strictly defined cultural context, and as Kipling said, “Never the twain shall meet.” In recent years however, the boundaries have begun to loosen and musical adventurers are experimenting with all sorts of hybrids and ethno-sonic fusions. One of these explorers is multi-instrumentalist/ composer David Vito Gregoli, known to his friends and fans as “Vito.”  He describes his latest recording, Primordial Sonics as: “Ambient Aboriginal Groove Fusion — Indian, Australian and Middle Eastern sounds infused with modern rhythms.”  This melding of diverse influences is representative of the incoming Aquarian energies, which are characterized by synergy and inclusiveness. So it is not surprising that we are beginning to see more music that brings together diverse elements.

Vito’s own musical background reflects some of these qualities as well. He holds a Bachelor’s degree in Music from California State University, and later pursued studies in jazz, voice, sitar, and sarod. In the course of his career he has performed and recorded in the genres of rock, classical, and world music, as well as having created scores for TV, film, and theatre. Vito’s clients and collaborations include new age musicians such as Steven Halpern,  Constance Demby, Jai Uttal, and Donna de Lory, as well as popular authors Deepak Chopra and Marianne Williamson, among others. These days, much of his energy is focused on his music label, Dharmapala Records. The word “Dharmapala” means “guardian of the dharma,” which to Vito translates as guarding the artistic integrity of the artists he works with. Being a musician himself, gives him a unique perspective to be of service to the people he produces. He refers to himself as “a sound painter with the music & musicians as the brushes & paint.”

The sun rises in the East on the opening song, entitled “Rag Klem,” as the drone of tamboura sets the stage for sitar and bansuri flute to weave their exotic spell. As the piece progresses, Indian tabla drums join with contemporary beats, electric bass, and didgeridoo to create a foot tapping mid-tempo groove. One of the most surprising aspects of this song is that it is actually based on the American folk classic “My Darling Clementine,” and this version was composed for an Odyssey Theatre production in Los Angeles. I had to listen closely to pick out that familiar melody in the swirling world music milieu, but it is there, and represents Vito’s penchant for experimentation and the unexpected. The next track “All Sentient Beings,” begins with the Aboriginal ambiance of the didgeridoo, although not quite like you’ve heard it before.

Vito transposed it down quite a bit to give it an exceptionally primordial sound. The didgeridoo is played by Stephen Kent, a master of the instrument, who is known for his own music as well as his collaborations with Steve Roach. According to Vito, “If there is one constant in Primordial Sonics, it is the didgeridoo, which weaves a unifying dreamtime motif throughout the project.” The sound of a bowed Indian string instrument called an Esraj along with bass and drum loop add to the mix.

The interestingly titled “San Tour Cisco,” derives from a sound heard on the track – the santoor, which is a Persian instrument that is somewhat similar to a hammer dulcimer. One of the musicians heard on the track is San Francisco Bay area percussionist Geoffrey Gordon who recently passed away. In fact the album is dedicated to his memory as well as to Vito’s close friend, the late Bob Birch, who played with Elton John, and whose electric bass appears on track 7 here. Another world-class musician who graces the album on a song called “Prayer For Kuan Yin” is devotional singer Donna De Lory, who previously performed with Madonna. A haunting melody by flautist Suzanne Teng gives wings to the prayer, which floats over a landscape of didgeridoo and electronic drum groove, with Vito’s bass playing holding down the 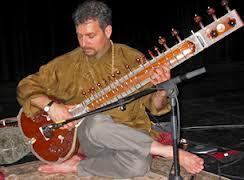 bottom. One of the highlights of the album for me is the closing track, “Big Sky Mind,” which Vito calls the “opus grande of the project.” The title comes from a book on the Buddhist influenced Beat poets of the 50’s. The track is an interesting blend of performance piece and studio production, which showcases Vito’s considerable multi-instrumental skills. I was particularly impressed with how effortlessly he went between playing single note Middle Eastern melodies on an ethnic instrument, to getting funky with some jazzy electric rhythm guitar. The piece draws to a perfect conclusion as the groove gives way to an ambient atmospheric section that was kind of like leaving the dance floor and entering the chill room. This was a good example of Vito’s description of his music as having “tracks that both soothe and move.”

Primordial Sonics is a multi-cultural mélange full of rhythm and textural surprises. A taste of this heady brew can be sampled on the Dharmapala Records website , SoundCloud, and YouTube channel, which also contains a large selection of videos on their other artists and projects. Innovation and imagination mark the global fusion recordings of David Vito Gregoli and his Dharmapala Records label. 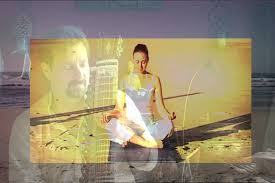