Hailing from my old stomping grounds of Denver, and currently living in Colorado Springs, solo pianist Adam Andrews has released his second album, entitled A Thousand Springs. This follows on the heels of his debut solo album, Road To Ambo, which garnered him a nomination for “Best New Artist” in the recent ZMR Awards, in addition to another award nomination, chart success, and international radio airplay – quite an auspicious entrance for this talented artist.

Adam’s musical inspiration draws from such diverse streams as the classical training he had in his early days and later immersion in rock music, folk-pop Christian music, jazz, new age, and boogie-woogie. Although in addition to these musical influences, Adam shares: “I draw my inspiration from what I tend to value…God, family, global community, people who are hurting and/or vulnerable to injustices, and doing all I can to multiply my talents and make a difference in the world.”

This desire to help others through his music runs deep in Adam’s motivation. In an exclusive interview with Music and 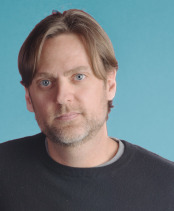 Media Focus, Adam shared about his life, his music, and its healing intent. In his words: “I just know I’ve connected to the music and it’s been therapeutic. I like to try different things on the piano and keep it fresh. I’ve learned much over the last several years, even coming to accept depression and anxiety disorder as a good thing in my life. It’s shaped me, made me into a more thoughtful and compassionate person, and it’s taught me how to persevere. I probably wouldn’t be as creative, or have depth in my music, without the illness or experiences. With this 2nd album, I wanted to put those wonderful or difficult learning experiences into uplifting music for others. I planned out song themes ahead of time, wanting each song to be about emotional experiences that bring healing and inspiration to people.”

With this in mind, Adam Andrews has created an album with a specific theme. As he explains his concept: “A Thousand Springs is intended to be a source of encouragement. This offering captures the experience of a 24-hour retreat into nature for reflection and renewal. Each song is based on a personal, yet common, emotional experience that often brings restoration and enthusiasm to life.” The album is presented in a trilogy format, with three sections of four songs each. As he explains: “The first four tunes are about enjoying nature and unwinding from day-to-day stresses. The next four pieces reflect a time to relax, heal, reassess and map out positive steps forward. The last group of four compositions represents leaving nature or the retreat, and going back into society, but now facing the world rejuvenated and focused. It is so important to have hope in our lives, and eventual healing.”

The album opens with the title track, and like it’s name, “A Thousand Springs,” right from the beginning, the music surges in a fast-moving current that evoked images of a powerful stream coursing along with foam and spray splashing in the sunlight. Adam’s command of the keyboard is impressive, providing a number of “wow” moments for me throughout the album. With its classical influences, this song is a wonderful choice for an opening track as it sweeps the listener along in its flow. For Adam, the song is about “celebrating small and large victories in life,” and there is, indeed, a joyous celebratory feel to the music. As the stream rushes on, it flows into track two, “Authenticity Falls,” where it cascades over a steep precipice into a majestic waterfall. There were a few musical surprises in this piece as Adam accents his neo-classical ambience with some unexpected bluesy phrasing that caught my attention right away. The third track, “Finding Free,” reveals an upbeat lighthearted mood that is inspiring. 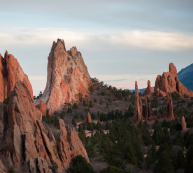 Interestingly, the second section of the trilogy reflects a different facet of Adam’s musical spectrum. The moods are more introspective and sometimes wistful as they embody ideas of forgiveness, letting go, grieving, and emptiness. As Adam shares: “I compose from places of both joy and sadness.” He goes on to say: “Each song is based on a personal, yet common, emotional experience that often brings restoration and enthusiasm to life. It is so important to have hope in our lives, and eventual healing.” Towards the end of this section, the ambience evolves with the appropriately named, “A New Dawn Rising” that makes a nice segue into the final part of the trilogy, which is about moving forward.

I liked the title of “Water Over Ashes,” which symbolizes leaving the old places behind and starting out on a new path. It’s a lovely tune that starts out quietly for the first half, opening up later into a more energized movement that exudes a feeling of hopefulness. One of the things that stands out to me in Adam’s playing and composing is his ability to move seamlessly through various emotional states, not only from song to song, but often within the boundaries of a particular composition. The last two tracks, “Believe” and “Foundation Trails,” are among my favorites for their wonderfully optimistic air, which leaves the listener feeling refreshed and renewed by the end of the album.

This last thought was exactly what Adam had intended for the recording, so in that respect I would say he has definitely achieved his goal. A Thousand Springs is an excellent showcase for this up and coming composer/pianist. Adam’s well-developed sense of melody, and his impressive keyboard technique that is both sophisticated and sensitive, make for an evocative listening experience. It has been said that fans of solo piano artists such as Jim Brickman and David Lanz, would find a lot to like in Adam’s music, and I can see that. With such a strong start as his first two albums indicate, Adam Andrews will be an artist to keep an eye on in the future as well as in the present.