This new release by Heidi Breyer is one I’ve been looking forward to since I reviewed her previous CD in Awareness Magazine back in April of 2011. As outstanding as that one was, her latest recording takes it to the next level. The album was produced at Synchrosonic Productions by Grammy winner Corin Nelsen who had this to say: “Heidi Breyer’s Beyond the Turning is pushing new age to the cutting edge. The bold vitality and reflective musical tensions are poignant and evocative. Truly an emotional journey that will expand your musical horizons.”

While Heidi’s music may generally fall into the acoustic new age category, there are elements of classical, jazz, and folk, as well as some unexpected ones that I’ll talk about later. Heidi shares her perspective: “It’s not truly classical, not really new age and not even neo classical – all of them combined I guess. Additionally, having claimed everything about classical studies and academia…paradoxically my music is a complete departure from that and not by design either.” Heidi’s training began early in life as she studied dance, drama and music study at the Arts Educational School in Hertfordshire, UK and later at Trinity College of Music in London. She went on to a career of teaching piano, performing recitals, accompanying chamber and choral groups and playing the church organ. Heidi has continued to evolve musically, particularly as a composer, with three albums to her credit. In fact, Zone Music Reporter named her as the “Best New Artist of 2010” and awarded her second album, Another Place and Time, “Best Instrumental Piano Album of 2010.” I predict that this new CD will not be without its share of accolades and awards. 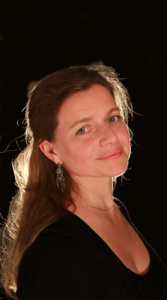 Interestingly, the album begins with “Farewell,” a bittersweet composition that Heidi refers to as “a valediction to things passed.” The piece begins as a  piano solo, which I assumed was going to continue like that till the end. Had I read the liner notes first, I would have known what to expect. That not being the case, I had one of the biggest musical surprises in recent memory about half way through, and experienced one of those “unexpected elements” alluded to earlier. In my mind I could imagine a scenario where jazz great Keith Jarrett is alone in his studio playing a solo piano ballad, when Carlos Santana slips in through the back door, plugs in, and cuts loose with his signature soaring lead guitar. However, in this case the Grammy-winning guitarist was David Cullen, and the pianist, of course, Heidi Breyer. Actually, I’m glad I didn’t read the liner notes first, where I would have learned that the composition was written as duet for piano and electric guitar. As an electric guitarist myself (and huge fan of Santana) I rather enjoyed being surprised like that and appreciated the unlikely alchemy this piece conjured. The exquisite interplay between the two provided a memorable moment for me and certainly piqued my interest for what was to come on the subsequent tracks.

The musical interaction continues on the second track, this time between Heidi’s eloquent grand piano and three-time Grammy winner, cellist Eugene Friesen, a long standing member of The Paul Winter Consort. The piece, entitled “World Without End” makes an expansive musical statement. According to Heidi: “ It is a retrospective of our world in the last few years, what we have endured globally and what we should do collectively for a better future.” Another unexpected element is the ethereal vocal sung in Ugandan by Samite with words meaning “Peace,” “Forgiveness,” and “Bring Love.” While Heidi’s influences range from the classical masters such as Bach and Chopin to the earthy folk music of Janis Ian, she pays a heartfelt tribute to her favorite jazz pianist, Bill Evans, on a spacious solo composition called “My Peace Piece.” The album takes a brief Parisian turn on “Rive Droite” which features Bob Colwell on accordion and Charlie Bisharat on violin. Bisharat is an extraordinary musician who has shared the stage with Yanni, John Tesh, and  many others. He shares this observation: “Heidi’s sense of composition goes beyond beautiful music. She weaves a tapestry that is intricate yet endearing. And the journey is always memorable.” 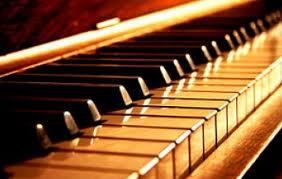 The haunting strains of the lyricon (a sort of electronic flute or wind synthesizer) as played by the inimitable Premik Russell-Tubbs blend with grand piano on a track called “Eight Steps Free,” which is lovely piece that is alternately subdued and joyous. And speaking of folk singer Janis Ian, Heidi not only covers her song “Tea And Sympathy” on piano but she sings it as well with a voice that is sweet as honey. Also featured on the piece is David Cullen, this time on acoustic guitar, and Max MacFarland on upright bass. While solo piano “passages” are interspersed throughout the album, further creative collaborations ensue on an evocative and soulful composition entitled “Moondancing,” which features former Pat Metheney Group percussionist Jeff Haynes, and Premik Russell-Tubbs on sax.

The full range of Heidi’s musical gifts are exemplified on a song called “May I Suggest,” in which she not only plays piano and sings, but also adds her talents on violin as a full ensemble of guitar, bass, drums, and strings join in midway taking the piece into more of a soft rock direction. On “Joy Of The Road,” one of my all-time favorite bassists, Michael Manring makes an appearance adding his distinctive fretless sound along with drummer Steve Holley to a tune that showcases Heidi’s compositional creativity, full of unpredicted melodic motifs. The song “Adungu 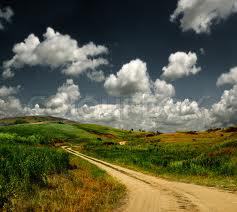 Inspirations” takes its name from a nine string African harp played here by Ugandan musician Samite along with David Cullen on guitar and Heidi on piano. This is a lighthearted tune that opens with the sound of children playing and winds along like a peaceful country road on a summer day. This vibe continues into the next song, the title track, where Heidi is joined by the always elegant English horn accompaniment of Jill Haley. Insight into the inspiration for the title “Beyond The Turning” can be found in Heidi’s reflection that “the concept of the road is so important, precisely because you don’t know what lies beyond the turning, and the only way to find out is to travel it.”

Another thought-provoking quote from this talented artist will serve as a perfect conclusion to this review: “Our creations are an affirmation of life…whatever form they take, they are the legacy we leave, reflecting the most poignant moments of our short time here. All I know is that the only thing we can share, and the only thing we own, is that split second of time that slips between our fingers, that breathtaking moment of life called now.” 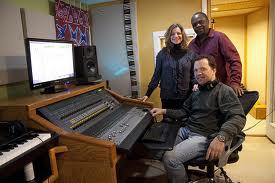