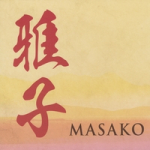 It’s a long way from being a 5 year old sitting in a tree composing and singing songs in her parent’s backyard in Tokyo to living in the mountains of Vermont and releasing a critically acclaimed CD with credits that include a host of A-list musicians under the supervision of one of the top producers in the world. It was a long and winding road, but for a gifted composer and pianist named Masako, it is the story of her journey… thus far. There have been many stages along the way, both concert stages as well as developmental stages, and Masako has had adept mentors to nurture the inborn talent they saw in the budding artist who started studying piano at the age of 4 and began to perform professionally at the age of 18. I was particularly impressed with one of the techniques of her legendary piano teacher Ms. Yuko Yamaoka. According to Masako: “Sometimes she would have the student stand by the piano and express through body movement what the piece is about, even before actually starting on a new piece. Her belief was that you need to first internalize the music with your whole being and live it, so you will play from within, not just with your fingers.” 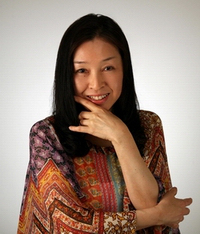 Exercises such as these have obviously had an impact on her as she has developed a level of technique and expression that has impressed some of the most discerning ears in the music world. Among them, the Grammy winning producer and founder of Windham Hill Records, Will Ackerman, who is the one that worked with Masako in the production of her album. As he so adroitly puts it: “Hers is some of the finest work I’ve ever heard in my career. I was astounded to be present as Masako offered many performances so flawless that it required only a single take without edit to realize the pieces; performances of such quality that are so rare as to be nearly mythical. That such perfection and such depth of emotion coexist in her work is the holy grail of recording and production for me.” The term “lofty praise” barely begins to describe the significance of a compliment such as this from one who has worked with George Winston, Liz Story, and some of the most highly regarded pianists of the genre.

The opening track on this album, which incidentally is also the first track on The Gathering, a recently released CD compilation of artists produced by Will Ackerman, is entitled “Glastenbury, VT.” This elegant piano solo takes its name and inspiration from a mysterious ghost town in the Green Mountains of Vermont, not far from where Masako currently resides. I was impressed with the way her left hand traced drifting clouds of chords, as her right hand rained down a delicate shower of notes. In fact, Ackerman himself commented: “Her timing is breathtaking and the dance between her left and right hands is unlike anything I’ve ever encountered.” As mentioned above, the album includes “a host of A-list musicians” and the first two of these to make an appearance are three time Grammy winning cellist Eugene Friesen, best known as a member of The Paul Winter Consort, as well as percussionist Jeff Haynes who has played with The Pat Metheney Group among others.  They make their entrance on the second track entitled “Spring Snow” another Vermont-inspired piece. The contributions of the session musicians on this album, as on many of the Ackerman produced recordings I’ve heard, are often subtle yet impeccably tasteful and deftly integrated into the composition. 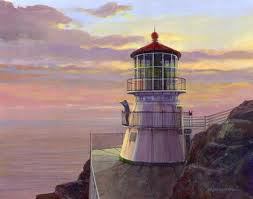 My interest was immediately piqued by the title of the third and fourth tracks: “Secret Path To Point Reyes (Parts 1 and 2)” since Point Reyes is in the same county in northern California where I live. I’ve been there many times and am always awed by the rugged beauty of this coastal cape and the classic lighthouse shining its beacon out to sea. Obviously Masako found inspiration there as well when she visited it while living in the San Francisco Bay area. On Part 1 she is joined by Will himself on Hopi drum, and another world class musician by the name of Premik on wind synthesizer (a sort of electronic flute), whose impressive credits include having played with Sting, Carlos Santana, Whitney Houston, Ravi Shankar, and James Taylor, among a long list of others. Masako shines on Part 2, a lovely piano solo. 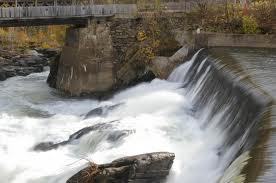 Continuing geographically with the Vermont theme is a track called “Ottauquechee River” that picks up accompanists as it flows on its way. This piece has the most ensemble interplay thus far and features more top notch musicians including bassist Tony Levin who tours with Peter Gabriel, Charlie Bisherat on violin, known for his performing with Yanni and John Tesh, and frequent Will Ackerman collaborators Noah Wilding on vocals, and percussionist Jeff Haynes. Masko’s animated piano playing on this track, for me, conjured an image of white water foam dancing and splashing in the sunlight as it races downstream. In total contrast is another ensemble piece entitled “The Lonely Otter,” that while it provides continuity with the river motif, couldn’t be more different in its emotional affect. As the title implies, there is a wistful and elegiac ambiance to the piece that is accentuated by the plaintive strains of cello and bass.

Another yin/yang comparison can be made on tracks 8 and 9, “Remembrance, Part 1 and 2,” with the first of them portraying a more introverted perspective, while the second emerges with a bit of outgoing yang energy. Balance is further maintained throughout the album with the interspersing of solo and ensemble pieces – the haunting track “Moon and Stream” being one of the former. An interesting new element appears on the album’s final song “Forgotten Moments” as another veteran Ackerman session musician, Jill Haley provides delicate and understated accompaniment on English horn.

Given the wealth of accolades that Masako has received from the maestro Ackerman, there is little more than I can say than to agree wholeheartedly with his observations and sentiments. Masako is a gem reflecting diverse facets that sparkle with musical light.