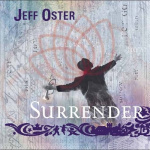 Jeff Oster’s name, is one I’ve been hearing quite a bit recently – often as a session musician on a number of new releases produced by Windham Hill Records founder William Ackerman, which I’ve had the pleasure of reviewing. However, I’ve also heard about Jeff in connection with his own new release, “Surrender” when it was chosen by the Echoes radio program as the “CD of the Month” for September 2011. This is no small honor, as Echoes, which is distributed by Public Radio International, is broadcast on 130 stations from Maine to California. Echoes host John Diliberto is one of the foremost authorities on ambient music, and having him acknowledge your music for the top spot is a significant accolade.

One thing that distinguishes Jeff from nearly every other musician in this genre is his choice of instruments, which are trumpet and flugelhorn – not exactly the first ones that come to mind when thinking about ambient music. While there is some precedent for this with artists like Mark Isham, Jon Hassell, David Hoffman, and even Miles Davis (particularly on his classic “In A Silent Way” album and subsequent “electric” period), Jeff is charting new sonic territory in his expansion of these instruments into a context of electronica, downtempo grooves, and loop based electro-orchestral bed tracks. Although the description of his music as “Miles meets Enya” is a good starting point, it soon transcends those references as various elements blend in audio alchemy, on this, his third CD release. Incidentally, his two previous releases were voted Album of the Year by broadcasters worldwide as well as both reaching #1 on Echoes. 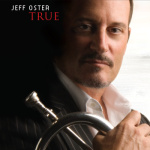 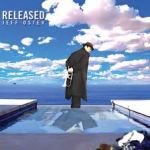 Years of study in classical music and jazz as well as extensive experience in the studio and live performances have created fertile soil for the seeds of his current musical vision to grow from. Although Jeff also plays synthesizer on the album, he is joined by producer and engineering master Bryan Carrigan, who adds additional synthesizers, drum programming, and sound design, as well as having co-produced and co-written eight of the songs on this album. Bryan brings an impressive background in the music and film industries to the project. Also adding her own inimitable talents to a number of the compositions is vocalist Diane Arkenstone, who is a recording artist of note in her own right, and one whose work I have been greatly impressed with over the years.

The album opens with “All That Matters” propelled by bass and drum tracks with a bit of a dub reggae feel, adding motion to a dreamy atmospheric soundscape which Jeff’s electronically processed trumpet glides gracefully over. The ambient journey continues on the next track although with conga drums and percussion adding a slightly more earthy element. However, speaking of “dreamy”, the third song: “Nikki’s Dream” is one of the most ethereal on the album and forgoes drum tracks, other than very briefly and minimally in the middle of the piece.

Diane Arkenstone makes her entrance to the album on “The Voice” where she provides sweetly sensual singing in counterpoint to Jeff’s poetic spoken-word vocals. The next two songs also feature her talents, and include “Essence Of Herb,” a nod to Herb Alpert, one of Jeff’s influences. This is followed by the title track with Diane’s whispered vocals drifting in like mist before evaporating back into the ethers.

A high point on the album for me was the interestingly named “The Theology Of Success” with its bouncy bass, propulsive rhythm, and Jeff’s flugelhorn alternating between minimalist elongated lines and more melodic phrasing. By contrast, I also enjoyed the more sedate “Beautiful Silence” with its’ effects-laden percussion in the second half bringing to mind fellow ambient composer Patrick O’Hearn.

However, trying to pick favorites on this CD is an exercise in futility, as literally every track is a winner. While there is indeed a dreamy, almost surreal quality to the music, it is infused with a cool urban vibe that grooves, yet is definitely well chilled. On “Surrender” Jeff Oster has brought together talented collaborators, diverse musical elements, and a passion to explore, creating an album that is contemporary, innovative,  and highly recommended. 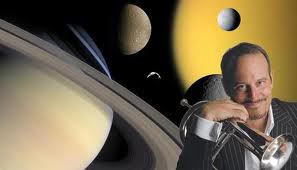