It’s been close to three years since I’ve had the pleasure of writing about the music of virtuoso pianist/ composer Michael Dulin. At that time, I reviewed his then-current release Timeless II, which is an album of classical piano with interpretations of Bach, Beethoven, Chopin, and others. I also wrote about his previous release Follow The River, which by contrast was an album of his original compositions that spanned much wider range of influences including contemporary instrumental, new age, smooth jazz, and a bit of folk/roots Americana. That Michael is able to draw from such diverse influences and genres is remarkable, but is not surprising given his background. A Julliard-trained musician, Michael Dulin has performed at Carnegie Hall as well as internationally at prestigious concert venues in Europe. However, his resume also includes a stint as a touring keyboardist for the legendary Motown group, The Temptations, in addition to being recognized as a premier recording artist in the new age genre and composer of original music for radio, television, film, and theatre. Michael’s music has won him numerous awards and has enjoyed considerable radio airplay, chart success, and GRAMMY consideration.

His latest release, as the title implies, is about love, and in particular an acknowledgement of the 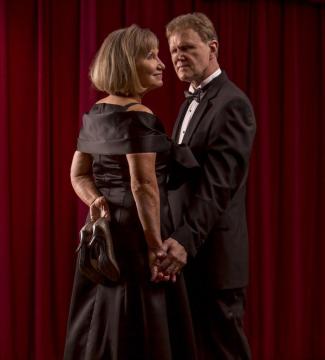 deep feelings and gratitude he has for the relationship with his wife, Jan, who he refers to as the “love of my life and bride of my soul.“ While his piano speaks volumes about this, in the liner notes Michael shares a few words as well: “Hopefully, in this lifetime, you’ve had the good fortune to experience great love that is simply beyond words. At such a time, we often turn to music, art, or poetry to share the depths of our devotion, as I have with My Beloved.”

The opening track, “Beloved,” begins in quiet elegance with notes drifting from the piano like rose petals in a gentle breeze. However it was barely a minute into the song that I had my first “wow” moment inspired by Michael’s breathtaking keyboard technique. That moment was followed by another, and another, and so on, as I marveled at the brilliance of his playing. Yet, while it is easy to be impressed by displays of dazzling virtuosity, I also appreciated Michael’s use of space, and his knowing just when to let the music breathe. To play with highly developed technical skill is one thing, but what elevates it to yet a higher level is the ardor it is imbued with. Michael’s music paints passionate pictures in sound.

According to Michael, track three “Chanson,” “is my way of saying I promised to dance with you in Paris one day, and I’ll never forget.” The song has a graceful waltz rhythm and a cinematic air that reminded me of a classic romantic movie from the 1940’s. It also shows another side of 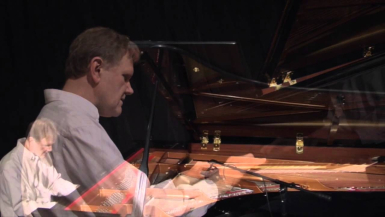 Michael’s extraordinary compositional diversity. This ability is also reflected in the yin yang balance of the next two tunes; the wistful “Through the Night,” contrasted with the light and sunny “Walking Joy.” While listening to the album, I appreciated Michael’s ability to display such stylistic range while maintaining a sense of relatedness, which makes the songs truly feel like they belong together in one collection.

Classical and contemporary influences blend on “Before There Was You” which Michael describes as inspired by “a time I don’t remember, and don’t want to.” One of my favorite tunes was the upbeat “As Long As We’re Together,” which has a bit of jazzy feel, and conjured an image of walking hand in hand down a country road on a beautiful day. I also greatly enjoyed the deeply sentimental “When I Think of You,” with its rolling arpeggios and expressive chord structures. The album draws to a close with a lively composition entitled “Rhapsody.” This is an interesting piece that unfolds through various movements like chapters in a book as it tells its story in musical poetry.

The album is accurately described in its subtitle as “A Solo Piano Love Story.” My Beloved is one 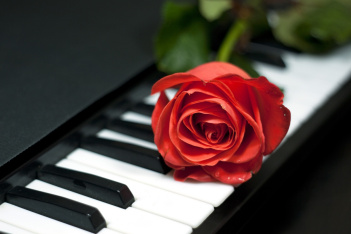 of the most romantic albums I’ve heard and and makes every time you listen to it feel like Valentine’s Day. If I had to choose one word to describe the music of Michael Dulin it would be “evocative.” No matter what the mood or tempo of his compositions may be, they have the power to draw forth deep feelings from the heart and conjure rich imagery in the mind’s eye of the listener. As mentioned, there is great stylistic range in Michael’s writing that keeps you eagerly awaiting to hear what he will do next as the album unfolds. The incredible dynamism and stellar technique of the first track, and others, also gives way to sensitive simplicity in other songs as well. But no matter the form or style of the piece, the one quality that they all share is passion. Awe-inspiring technique may impress the mind, but one who moves the heart of the listener can create music that will endure. Fortunately, this gifted artist has both of these qualities. Michael Dulin is a master of melody, a consummate composer, and a world-class performer. My Beloved is a testament to love that is as beautiful to the ear as it is inspiring to the soul.