The act of “wishful thinking” is something we’ve all done at one time or another. For some, it remains purely in the realm of thought, while others may act on those desires to bring them into manifestation. Keyboardist/composer Samer Fanek is one of the later. (Pronunciation note: Samer rhymes with hammer, and Fanek rhymes with panic) In the pursuit of making his dream a reality, Samer took a huge leap of faith and not long ago, quit a high paying software developer job in Silicon Valley, which he had for 5 years in order to devote himself to music full time.

This was not an easy decision for Samer, especially in light of the fact that all the people he was close to advised him against it. There were also cultural values he was up against. In one of the more interesting blends of nationalities I’ve heard in a while, Samer is Polish-Jordanian, born in Amman, Jordan, although currently residing in the San Francisco Bay area. According to Samer: “The culturally acceptable professions in Jordan steer towards the traditional ones such as engineering or medicine. However, making this album became so important to me that I was willing to risk going against these cultural norms and opinions. While I was working in the software industry, I grew increasingly frustrated with the thought that not all my time and energy were being directed towards my dream. By December 2015, I quit my software developer job, which started at Microsoft and ended at a startup called Okta, to work on my music full-time. This decision was entirely influenced by pure gut feeling that this music has the potential to inspire and emotionally impact a lot of people.”

Samer’s fascination with music goes back to his earlier years, as he described in our interview: “I think back 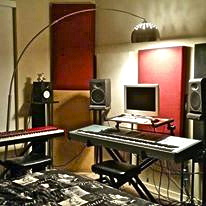 when I was 12 or 13 we had a small keyboard lying around the house in Jordan. I taught myself how to play simple songs by ear through trial and error. Eventually I discovered digital audio workstation (DAW) software called Cakewalk Home Studio, which had a set of 127 instrument sounds that I started experimenting with. That made me discover that there are different instruments out there beyond my rudimentary knowledge, and I remember having fun combining them together. Over time I kept on trying to learn as many of my favorite songs as I could until I became comfortable doing it quite quickly. I also started making complete rearrangements of songs on the DAW where I would record all the instrument parts and have them act as a backing track while I play along the main melody on the piano.” At this point in his career, many of Samer’s compositions are quite complex, yet interestingly he never learned to read music, but plays by ear.

When I asked him about how he got interested in the new age music genre, Samer shared: “As a teenager, when I was in my mother’s car, she would play Yanni cassette tapes. That kind of music appealed to me, eventually resulting in me covering his music at home. I would play his songs and songs of similar artists on my college campus later on, and would sometimes notice what impact they were having on students who were sitting in the lounge studying, or perhaps taking a break from the stress of classes. Then I read Yanni’s biography and discovered that we have similar outlooks and goals in life. I got more convinced that following such a path might not be a far-fetched idea, and I would like to take crack at it.” Samer definitely has a liking for dramatic music and in addition to Yanni, some of his other influences include rock bands like Queen, Dream Theatre, and Muse, as well as film composers Hans Zimmer and Danny Elfman, and video game composer Nobuo Uematsu.

Wishful Thinking is Samer’s debut album and features 13 original compositions on which he played all the sounds including piano and sampled instruments such as violins, guitars, horns, flutes, ethnic sounds, and percussion, from over 50 different virtual instrument libraries and synthesizers. I must say that my initial response after pressing play on the opening track was, wow! I was taken by surprise at the musical maturity of the piece coming from someone so young and completely self-taught as Samer is. I was greatly impressed by his melodic sophistication, exquisitely layered orchestration, and sense of dynamics in knowing when to dramatically build the composition and when to bring it back down to let it breathe. The title track, with its obvious Yanni influence certainly makes for an auspicious introduction to the album. 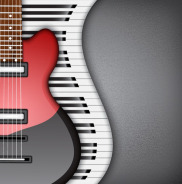 The next song, “Universe,” taps into Samer’s love of progressive rock music and can best be described with the word “epic,” featuring a full rock drum track, lush orchestration, and a soaring guitar solo played on keyboard. As someone who plays both guitar and synthesizer, I can say that emulating and executing a realistic lead guitar sound on a keyboard is not that easy, but Samer did a great job on this, pushing the song to a powerful crescendo. The next song, “Universe,” also brings the rock, but with a bit more of a neo-classical influence, and perhaps a slight trace of the Eastern European side of his familial roots.

With 13 highly detailed tracks on the album, I won’t go into a description of each one but will point out some highlights and give a sense of the range of the recording. Another facet of Samer’s musical spectrum is heard on “Lost Waltz,” which evokes images of finely dressed people in flowing gowns and formal wear moving elegantly on the ballroom floor in 3/4 time. A more wistful atmosphere is evoked on track 7, which Samer describes in this way: “’Left Behind’ was a song I struggled most with naming. It reminds me of the Polish word “żal”, which means grief, sorrow, remorse, regret and a dozen other words encapsulated within this one word. When I was composing it, I was constantly thinking of that Polish word and imagining some Eastern-European harsh conditions, such as a setting of post-war or poverty.” Somewhat of a similar musical sentiment is also heard in a track called “Desperation.” While most of Samer’s compositions are big and bold, a couple such as “Remember Me,” and the appropriately titled final track, “Finding Closure,” express a softer, more nostalgic ambiance.

I must say that Samer’s playing and compositional skills totally exceeded my expectations. He also has a great 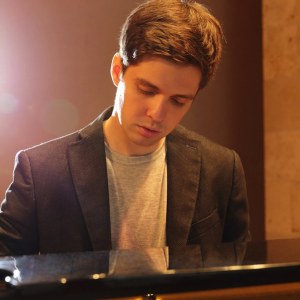 ear for arranging the highly detailed orchestration that he uses to embellish his piano work and animate the stories within his songs. Samer certainly has a flair for the dramatic and there is a cinematic quality to his music that could easily lend itself to film soundtracks. In his words: “I’d like to be viewed as a composer that creates emotional songs that are also intense and dramatic with big climaxes.” I’m sure that anyone listening to this album will come away with that impression of him. I was greatly impressed with how Samer, with his relative lack of experience and humble home studio production was able to assimilate the complex and emotionally evocative musical influences of an artist like Yanni and create his own highly original and imaginative compositions that compare surprisingly favorably. I can only imagine what he will be able to create given time and more advanced studio facilities. When Samer left his lucrative professional career to focus on his music, most people around him accused him of “wishful thinking.” But after a stellar debut album like this, it shows that wishes certainly can come true.