Its been exactly a year since I wrote about Holland Phillips wonderful previous album Daydream Alley, so I was happy to receive his latest recording with the interesting title Circles of 8. Since I covered so much of Holland’s musical background in my feature article on Daydream Alley, I’ll refer readers who may be interested to that rather than recount it all here. But suffice it to say that Holland is a well-trained and experienced musician whose history includes classical, progressive rock, electronic, new age music, and more.

As Holland describes his new release: “Circles of 8 is not a concept album; it’s a set of songs that came together over a relatively short period of time, in concert with an idea and a search for resonances of Life. In more concrete terms, there’s a theory that eight might be one of the base vibrations of life itself – as measured by scientists. Some say that it’s one of the resonances that completes the circles of life, and makes us who we are. I concentrated on that concept and those resonances throughout the creative period that would eventually fill this album.”

Holland’s creative process for this recording was different than in the past, and in our interview 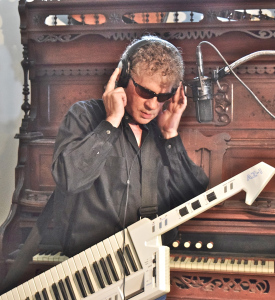 he elaborated on this: “Circles of 8 really started out of nothing. Usually when I begin work on a new album I have old ideas I want to bring forward, or there’s a particular idea in my head. When I started this one, though, I had nothing – no ideas, no expectations – and I just sat down to play with a totally clean slate. The songs came together quickly, in sets of 3 at a time, over a period of about 8 weeks.   I don’t really know why that is, but with things like this I try not to question a lot, and just go with whatever path I’m following. I didn’t have a title in mind, as it came together it seemed to really be more about the sounds and the harmonies and how they related to each other, rather than a particular theme. I removed more parts on these songs during than any other creative period I’ve gone through – I would finish a song, and then spend some time listening to it. Then I’d remove an instrument because it didn’t fit, change another, and remove a few more. In the end, when I finished everything it I knew exactly what the title should be. Circles of 8 speaks to the pieces and parts of you, and how they all fit together. Each song looks to reach somewhere inside, and provoke a particular feeling or memory.”

So lets enter the circle and explore the many spaces and emotions of this intriguing album. The opening track, entitled “Starting Over,” is bookended by a simple yet elegant solo piano motif. However it is not long before Holland’s trademark rich orchestration imbues the track with a dramatic flair. While piano and strings form the basis of the song, there is a drum track but it is quite low in the mix. According to Holland: “’Starting Over’ is a piano song, pure and simple, simply because I play a riff similar to this as one of the exercises I use to warm up my fingers. The song was born out of that pattern. All I did was add some instruments around it to bring the resonance and harmonies out front. It’s a hopeful, peaceful song, and fits well with new beginnings and hopeful moments. It’s one of my favorite pieces on the album.” 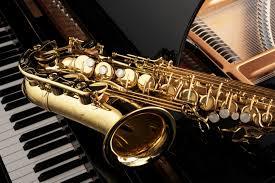 One of the things I appreciate about Holland’s music is that although it is instrumental, many of his compositions have a story-telling quality about them. One in particular is a sentimental piece called “Stephanie’s Song.” There is a dreamy air about it and in places the chord changes reminded me just a bit of Pink Floyd, although without guitar. There are however some evocative solos played on sax by Paul Christiansen, whose work has been heard with Todd Rundgren, the Michael Stanley Band, and others. As Holland explains the back story of this piece: “Sometimes I write songs about people, where I hear something when I come in contact with them. This song, however, is about someone I’ve never met – the spouse of a friend who has come across a pretty challenging time in their life. It’s a song that looks forward, and speaks of those possibilities yet to unfold. It’s a song for healing, and appreciating life.”

One of the most different tracks on the album is “Strains of an Ancient Path.” While Holland’s music in general has a very contemporary feel, this song goes in an opposite direction. As he explains here: “In the middle of my creative period I got caught up watching a television series about the 1700’s, and the way of life back then – and some of that included the music they were accustomed to hearing. I sat down to create, and as I did I realized that some of that style was coming out in the melodies I was playing. I just followed the idea, and what emerged was a piece that hints of the past, and those days long since gone.” Although synthesizers are used to create many of the sounds, the song does indeed evoke the music of a bygone era.

I was interested to hear the album’s title song and how it manifested musically. Here, Holland’s background in classical music blends with contemporary instrumental elements in a beautifully orchestrated piece that projects a ambiance that is both stately and uplifting. This feeling extends into the next song as well, entitled “The Moment.” According to Holland: “This was one 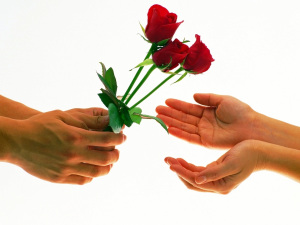 of those pieces that sort of comes out of nowhere into complete being without a whole lot of effort on my part. A violin starts the melody, which leads to a synthesizer answering it, and that leads to a duet between the two. It’s is the place we all find ourselves from time to time, that special moment that comes without notice, the one you want to remember for the rest of your life. It’s those moments of contemplation or togetherness, that instant where we realize that this is a pretty special place, a special time, that Moment that comes along all too infrequently. It is also the only song on this album that you’ll hear a unique synthesizer lead sound. I built this particular sound in the eighties, and I’ve loved it ever since.”

Holland puts the album to bed with an appropriately peaceful piano-based track entitled “Lullabye For Us.” While much of Holland’s music is lavishly orchestrated, this piece shows his talent for spinning a lovely melody on piano with relatively minimal accompaniment. However, in addition to the piano, a lovely flute-like sound glides gracefully over the musical landscape adding a gentle touch and providing the perfect ending to this inspired album. 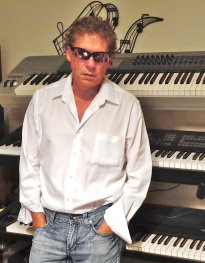 I must say that I was as impressed with this new release as I was with Holland’s previous album, Daydream Alley. In addition to being a fine multi-instrumentalist and composer, Holland’s skill as an arranger is exceptional. He has a knack for knowing exactly what kind of sounds to bring in and out at exactly the right points. Holland’s orchestration is often opulent, but never overdone, adding dimension and sense of drama to his imaginative music. Circles of 8 provides an immersive listening experience as stimulating to the mind’s eye as to the ear in its blend of expressive melodies and visionary soundscapes. Over the course of these last two albums, I’ve become a fan of Holland Phillip’s music and will look forward eagerly to future recordings.