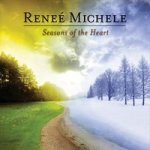 After four solo piano albums, Oregon-based composer Renee Michele has expanded her circle by releasing a recording with a variety of accompanists to embellish her emotionally rich compositions. Seasons of the Heartreflects Renee’s determination to take her career to the next level by choosing to produce the album in collaboration with the GRAMMY Award-winning Windham Hill Records founder Will Ackerman and Tom Eaton. Recorded at Will’s iconic Imaginary Road Studios in Vermont, the album features a number of his world-class studio musicians adding their colors to Renee’s sensitive tone poems.

It’s been a long road to get to this stage of her chosen profession, but for Renee, there was no choice. As she tells it: “There are so many routes to becoming a professional musician, but none are more dramatic than “being called to it,” i.e. that inexorable sensation of being drawn to music from an early age, desperate to immerse oneself as both a listener and, eventually, a player.” From the age of only six years old, music, and piano in particular, became an all-consuming passion for her. Renee was blessed to start out in piano lessons with a wonderful teacher who instilled in her the confidence she needed to overcome her shyness and believe in her abilities. She continued on with this teacher who told Renee in one of their final lessons that “out of all of her students over the years, she believed that I had a gifted touch and could express the soul of a song.”

Inspired by the music of Rachmaninoff and Debussy, Renee went on to study music at the 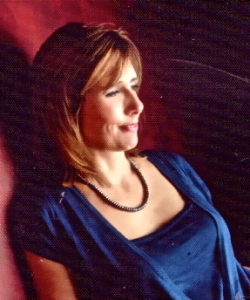 University of Montana, eventually becoming a piano teacher herself. Education is extremely important to Renee and she has bequeathed her two pianos along with any future royalties to the university with the hope of helping other young composers. Renee also works as an occupational therapist, in which she “utilizes her music studies to help her work with children with special needs, teaching them piano and helping them find their own “voice” with which to heal.” In her words: “I will always teach piano. I feel it is my obligation to the world to pass it on.”

Of particular interest in Renee’s approach to music is her creative process. For some composers that process is highly technical, based on classical training and strict adherence to music theory concepts. For Renee, it is much more intuitive and spontaneous. As she shares: “I never planned to become a composer it just happened. I would hear music in my sleep and just get up and play it. I think in pictures when I compose and play.  If I don’t have a vision in my mind, then there is no melody. I spend quiet times in the studio with my Bösendorfer piano, lights turned off, composing by candlelight. I begin playing and building upon whatever musical motif my muse may inspire in that moment. I realized long ago that I needed to play piano as much as I need to breathe air.”
For Renee, the piano is truly a vehicle for emotional expression. She did not get serious about composing until after her father passed away. In her words: “I found the piano was the only way I could seem to comfort myself through the grieving process.” She talks about it as “journaling” at the piano to help sort through her emotions and seek resolution. Her new release, Seasons of the Heart, is a perfect example of this process and, for her, is about “the reflective emotional  journey of love, despair, gratitude, loss, and dreams we all share. Overall, the album is a journal 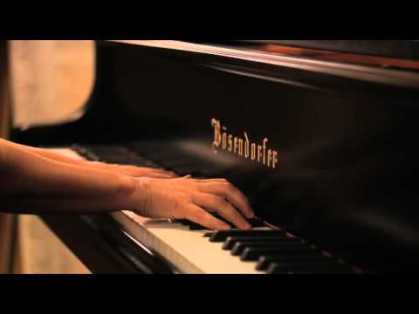 of my life’s experiences. I wanted to include all the emotions we encounter in life.” And, according to Will Ackerman, “At the center of all her work is an intense and very personal emotional connection to both composition and performance that is breathtaking to experience.”

Always a good note to start off on, the album opens with a lovely solo piano piece called “Gratitude,” that fits right in with the album’s title and theme, Seasons of the Heart.” And the season that came to mind as I listened with eyes closed was autumn, as I envisioned an image of red and golden leaves drifting gracefully from the trees on the gentle breeze of this peaceful melody. Following this, the title track seems to encapsulate the feel of all the seasons within the borders of the composition. Adding to the mix is the haunting English horn playing of Jill Haley, a long-time collaborator on Will Ackerman productions. And speaking of Ackerman collaborators, the next track entitled “First Promise” includes the accompaniment of virtuoso violinist Charlie Bisharat, who is well known for playing with Yanni and John Tesh. This deeply moving piece had an unusual emotional juxtaposition for me in that it seemed to reflect a touch of melancholy along with sense of hopefulness, in a way that I equate with some Celtic music. But music is, of course, subjective and we all find our own resonance within it.

The next track has an interesting story and inspiration behind it. According to Renee: “My song of despair was “Eyes Of The Soul.” A teenager in Mexico who was begging was invisible to others, but his eyes were deep, sad and lost, yet so beautiful. He was only about 14. I kept wondering where his family was. This scene haunted me for weeks and took over my piano.” The deeply felt sentiment of this song is further accentuated by the soulful cello playing of Paul Winter Consort member Eugene Friesen. The largest ensemble piece on the album is a tune called “Follow Your Heart,” and along with Renee on piano and Charlie Bisharat on violin, also features the multi-talented Tom Eaton on bass, beautiful wordless vocals from Noah Wilding, and percussionist Jeff Haynes who has played with The Pat Metheney Group. As on many of the fine albums recorded at Imaginary Road, the accompaniment is sparing, tasteful, and generally understated, often not making an entrance until later in the song. The spotlight is always kept firmly on the primary artist. 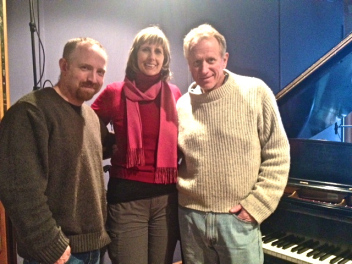 As I listened through the ten songs of the album, I began to discern moods and feelings that permeate Renee’s music. Some of the words I would use to describe these are: sentimental, reflective, introspective, sometimes wistful, intimate, emotionally evocative, and deeply felt. The music is quite consistent in its tone and tempo without any melodic or thematic detours popping up out of the blue to jar the listener’s reverie. A variety of emotions are portrayed yet always within a focused range of expression. The album ends on an up-note with a song called “Simple Joy.” This was a piece created out of Renee’s excitement at the prospect of going to Vermont to record with Will Ackerman. In her words: “Two weeks before I went, I was so excited that I came up with “Simple Joy.” The song wrote itself. Over the years I have just learned to trust the process and I listen to my intuition more than ever.”

With song titles like “Gratitude,” “Eyes Of The Soul,” “Follow Your Heart,” “Forgiveness,” and the title track, it is clear that there is a spiritual focus to Renee’s music. Her compositions are informed by real life experiences and emotions, which she refers to as the “main source” of her pieces. That she is able to express these sentiments so elegantly at the piano is a testament to creative gift she has nurtured over a lifetime. Will Ackerman referred to Renee as: “a composer capable of brilliant and accessible melody and hands that had clearly matured in classical discipline. As a producer, one dreams of encountering such talent.” Renee’s music is the sound of life and its rainbow of feelings. Although the songs are instrumental, there is a true sense of storytelling within their unfolding melodies. The sensitivity and expressiveness in Renee’s compositions and performance resonates within the soul of the listener, providing a glimpse into the many seasons of the heart of this gifted artist.