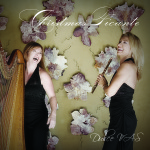 While Christmas albums generally conjure images of frosty windowpanes and chimney smoke wafting above snow-dusted pine trees, this holiday CD by dulce VAS is more evocative of red rock canyons and cactus-dotted desert landscapes. Not surprising however, given that the group who is based in Phoenix, Arizona, specializes in music that “embodies the breath-taking panorama of the Southwest.” According to their self-description: “One might even say dulce VAS is Sonoran Jazz. Specializing in creating new arrangements out of old and new popular tunes, dulce Vas is a twisted yet refreshing musical alternative to the typical band.”

The ensemble is certainly adaptable, in that they can perform as a duo, trio, or quartet, as the occasion arises. However, two members comprise the nucleus of the group. On flute is Sherry Finzer, whose relaxing “Sanctuary” and “Sanctuary ll: Earth” CD’s I’ve enjoyed reviewing recently. Providing some yang to her yin is VeeRonna Ragone, whose virtuosity on the electric harp is impressive, to say the least. It’s a stunning combination that makes for some interesting listening, especially given their choice of material. They are joined on this CD by bassist Tom Williams as well as Joe Garcia and John Herrera on percussion. The members of the group, who are classically trained, have consummate music industry credentials and have played or recorded with Kenny G, The Temptations, Gypsy Kings, Marc Antoine, and many others. 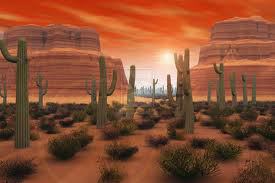 On the appropriately named “Christmas Picante” they interpret a number of holiday favorites with their own special twist – a twist of lime, of course. The results are some very cool, or should I say “hot” renditions of Christmas classics. The album gets off to a bouncy upbeat start with a spicy rendition of “Feliz Navidad” perfect for salsa dancing around the Christmas tree. A grooving bass line and conga beat kick off a jazzy version of “O Come All Ye Faithful” with an intro that highlights VeeRonna’s tasteful harp playing for the first minute or so, before breaking into the melody, with Sherry joining in on flute. While “dashing through the snow” is not exactly the image you get in this Southwestern soundscape, their take on “Jingle Bells” definitely soars, dashes, and makes spirits bright.

I especially liked their version of “My Favorite Things” propelled by jazzy brushes on a snare drum and thought it was one of the most enjoyable I’ve heard since John Coltrane’s stratospheric saxophone interpretation of this classic tune. On “Hark The Herald Angels Sing” congas and bass blend with the harp played in a montuno style, creating an archetypal Latin groove for the flute to dance on. Being familiar with Sherry’s more meditative “Sanctuary” album series, it was an interesting contrast to hear her playing in such a different context. I’m used to hearing her flute creating more dreamy sustained phrases compared to the upbeat and sprightly melody lines of the dulce VAS material. So it was nice to get more of a feel for her range and expertise as an instrumentalist.

Another highlight on the album for me was the intricate interplay on “Carol Of The Bells.” On the next track, a dramatic intro and jam extend over nearly half the song before morphing into the familiar strains of “Rudolph The Red Nose Reindeer.” Two versions of “O Come, O Come Emmanuel” are presented – one a harp solo, and the other a breezy ensemble piece. The last two tracks on the CD, “O Holy Night” and “Silent Night” bring the album to a more subtle and less rhythmic conclusion that leave the listener with a warm peaceful glow. 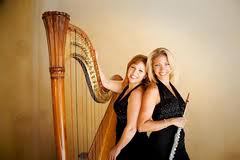 I’ve been a fan of Sherry’s exquisite flute playing on her solo albums for a while, and after hearing dulce VAS, I’m equally enamored with the nimble fingered harp artistry of VeeRonna. The harp has always been one of my favorite instruments, and the tonal quality she gets from her electric harp is exceptional. She is responsible for all the arrangements on the album as well. They have also surrounded themselves with some incredibly talented musicians to perfectly compliment their sound. I appreciate the creative liberties and artistic license that dulce VAS has taken with these pieces presenting them with a fresh perspective that allows one to hear songs that they’ve heard their whole life in a new way.