I’ve had the opportunity and the honor to write about many albums that have been created in support of heartfelt humanitarian causes, and the latest release by Peter Jennison is certainly one of them. Entitled Coming Home, the album, in his words: “celebrates the wonderful homecomings between Soldiers and their Families that we see depicted on national television. I also pay tribute to those soldiers that return from battle wounded, and those that come home in flag-draped coffins. I created each piece to evoke a certain image for the listener.” And the music, which is a sequel to his debut recording Longing for Home (Songs from War) is quite evocative, to say the least, being written from Peter’s experience as a soldier deployed in Iraq and Afghanistan.

But first, a few words of introduction and background on this man of many talents. Peter’s musical ambitions began early in life as he learned to play on a battered old piano his family rescued from the dump in his small New Hampshire town. Although he has no idea where his ability came from, he was soon able to play songs he heard on the radio by ear. For Peter, music had an inner and outer significance. Outwardly, he enjoyed playing to entertain people, while inwardly, playing in private, it became a form of therapy for him. As he reflects: “the piano has always been my ‘friend’ when I needed someone to listen—and there is an interesting and intimate bond between us: I provide the emotion, tempered through my hands, and what comes out is a musical ‘image’ of that same emotion.”

As mentioned, Peter has been a soldier and aviator, in fact, for most of his adult life. The music 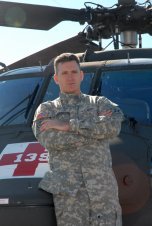 on this album is written from that perspective. His ultimate goal is to “share the experience of war with the world through music in the hope that one day, there will be no more war.” In addition to this part of his life, Peter is a loving husband and father, as well as an attorney since 2008 with a practice in north Florida. However, he shares that: “I still take a few cases now and then. But in my heart, I am and always will be a musician.” He goes on to say: “I’ve learned so much about making music in the last 4 years since Longing for Home. Mostly, I’ve learned to slow down and listen to what a particular piece is telling me. Writing about war isn’t always dramatic–it can be somber, sorrowful, and even joyful–as is the case with Coming Home.”

This album, like his previous one, was recorded at the iconic Imaginary Road Studios in 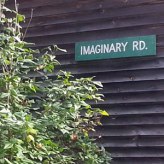 Vermont. Co-producing with Peter were Windham Hill Records founder and GRAMMY winning producer Will Ackerman and Tom Eaton. Adding instrumental accompaniment were a number of world-class musicians who frequently lend their talents to Imaginary Road projects. One of Peter’s songs also appears on a compilation produced by Will Ackerman called The Gathering. Another track of his is found on the compilation, Sounds From The Circle IV, produced by new age music pioneer Suzanne Doucette.

The album gets off to a dramatic and deeply moving start on the opening track entitled “Remember Me,” as a melancholy drone is punctuated by short bursts of muffled drums sounding like volleys of artillery fire in the distance. The song features lyrics sung by Canadian vocalist Heather Rankin that are written from the point of view of a soldier being laid to rest “in the cold cold ground,” and asking only to be remembered for his sacrifice to Humanity. Peter chose Heather to sing the song as an acknowledgement that not only men give their lives in war. About halfway through this nearly 7 minute composition, the other accompanists join in, including violinist Charlie Bisharat who has played with Yanni and John Tesh, former Paul Winter Consort cellist Eugene Friesen, and percussionist Jeff Haynes of the Pat Metheney Group. Over the background they provide, Peter plays an emotive motif on the piano that conjured an image of a flag waving in the breeze as the drums beat in a military cadence – very powerful! This creating of mental imagery through music is a major part of Peter’s intention. As he shares: “Each song tells a story through a soldier’s eyes—and I hope they will become “pictures” for your ears. It is my honor to share these musical images with you here. I hope that you will listen and see.”

The next track, “Waiting,” is a wistful piano ballad that again features violinist Charlie Bisharat 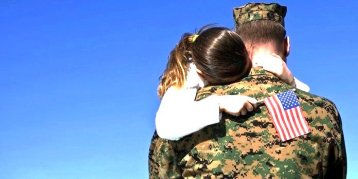 along with long-time Will Ackerman collaborator Jill Haley on English horn. The image portrayed here is “the soulful longing of a Soldier’s family as they endure the long months apart from their beloved.” I would advise listeners to have a box of tissues handy while hearing this deeply moving piece. Spirits lift however on “The Journey To You,” depicting the return home from war and the anticipation of reunion. But don’t put away the tissues just yet. The next piece “Taps (Written In Stone)” is inspired by Arlington National Cemetery as well the Ground Zero and Viet Nam War Memorials honoring those who gave their lives. Jeff Oster’s flugelhorn solo adds a haunting feel to this heavy-hearted tribute. The feeling continues into the next piece with the self-explanatory title, “Farewell My Friend.”

As I listened to track 6, “Reflection,” I couldn’t help but be moved by the threads of tenderness that are woven through the tapestry of Peter’s composing and piano performance. On this piece, in addition to piano, cello and English horn, the maestro Ackerman adds a lovely acoustic guitar solo in the third verse. In what Peter calls “perhaps my favorite melody on the record,” he interprets musically “the joyous reunion of Soldier and Family, while paying homage to those who never return.” As can be imagined it is a bittersweet portrayal.

As we get to the last two songs, there is a feeling like the sun breaking through the clouds as “New Day” conveys the strength of the human spirit and a sense of moving forward with life. The album draws to a conclusion with the title track, which is by far the most upbeat piece on the recording, ending on a “positive and hopeful note,” according to Peter. This track and the opening one bookend the album with the only vocals on an otherwise instrumental release. Here, the harmonies of Noah Wilding and Rory Sullivan are featured, along with bass and keyboards by co-producer/engineer Tom Eaton. Peter’s piano style on this one, with its rolling melodies, reminded me a bit at times of singer/songwriter Bruce Hornsby.

To be honest, I was taken by surprise with what an emotionally evocative experience “Coming Home” was for me. It’s profound compositions and haunting melodies touched me far more deeply than I had expected. As Peter shared, the music is rich in visual imagery, and is further enhanced by reading the liner notes while listening. I particularly appreciated Peter’s piano work, which is as elegant as it is understated – never crowding the composition or being overly 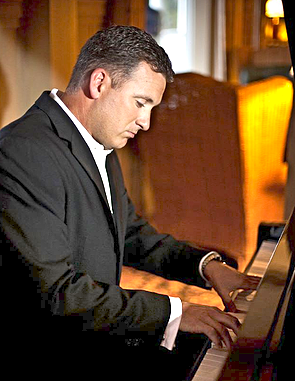 ornate. I enjoyed his Zen-like ability to convey powerful feelings with grace and spaciousness. As I read the beautifully written bio Peter shared on his website, I was also impressed with his talent for expression in words. As such, I’ll leave the final thoughts to him with a quote from the bio:

“Music is an inward expedition into self. The melodies are just a by-product of the hike. True expression through music comes from linking the hands, the mind, and the heart. Once joined, the player needs only to open the valve, and delight in what comes next. Coming Home will be the final chapter in my “Letters from War” collection, and was written while I was deployed to Kuwait/Afghanistan in 2012. It celebrates the touching reunions that we see when Soldiers are rejoined with their families. It also pays tribute to those Soldiers that return home wounded; and to those who make the ultimate sacrifice and return in flag-draped coffins. I hope that you enjoy my music, and that it takes you to a special place in your heart. I truly believe music is one of those unique forces that can change the world. It’s up to us to listen.”