With the release of his fourth album, aptly titled Opus Four, pianist and composer Tim Neumark has been gaining recognition and is making a name for himself among the ranks of solo piano artists. The recording has received award nominations for classical and new age tracks, and it was nominated for Neoclassical/Classical Album of the year at SoloPiano.com. He sees his music as a blend of new age, classical and inspirational styles with influence by artists such as David Lanz, John Tesh, Yanni, Kostia, and Antonin Dvorak. Tim’s inspiration comes from his feelings and thoughts about the world and people around him. He also enjoys arranging music that was originally orchestral, creatively mimicking the instrumental combinations and recreating the feeling of the piece.

Interestingly, unlike many pianists in this genre, Tim didn’t start his musical career at an early age. Growing up in Maryland and the Mid-Atlantic region, his interests gravitated more towards sports, where he participated in baseball, basketball, tennis, soccer, and track. In an interview, Tim shares a bit about his evolution in the arts: “Music has always been a part of my life, but not always piano music. I remember listening to the radio when I was very little, and I pretty much listened to pop music until about age 14 or so. My only formal training at that point was for the trombone, which I played for two years in elementary school.”

Tim goes on to say: “A big musical turning point for me was a week when I missed school because of a cold in 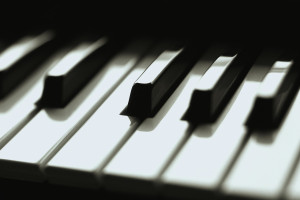 the ninth grade. I couldn’t listen to pop music because it gave me a headache, so I repeatedly listened to a tape my dad owned. It included Beethoven’s “Sixth Symphony,” Tchaikovsky’s “Sixth Symphony,” and Pachelbel’s “Canon in D.” This introduced me to the world of classical music. I always had some fascination with the piano, but I never learned to play, and we did not have one in my house. When I was a senior in high school there was a new girl who could really play. This renewed my curiosity in the piano, so my parents bought me a 61-key keyboard. I don’t have any formal training. I learned the scales by playing the melody to ‘Joy to the World,’ and I taught myself to play by learning David Lanz pieces. Mostly I played them by ear, using the sheet music only when I couldn’t quite make out the music. I still play most of my music by ear and memory.”

One of the most fascinating things I learned about Tim had to do with his creative process. I know that for myself, as a composer, I always create the music first and then find a title for it. For Tim, however, it is the opposite. In his words: “With the rare exception, I’ve always been more inclined to write a piece for an existing title than to try to find a title for an existing piece. Years before I released my first CD, I had already planned the titles for my first three albums. Those albums reflected years of events and inspirations in my life.” Its’ been four years since his previous release and his process for Opus Four has been a bit different. As Tim shares: “For 13 straight months (Jan 2012 to Jan 2013) I gave myself a goal to release one track a month with its sheet music. I think the ability to completely focus on a single piece, and then completely forget about it after I’m done, has been hugely important to my music over the past two years. I’ve been pretty much on the one-track-a-month pace in 2013 and 2014 as well.” 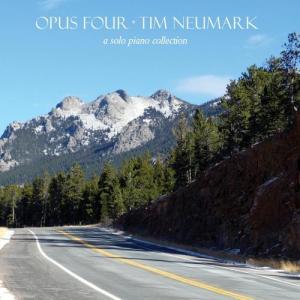 The inspiration for the various tracks on Opus Four was generated in different ways. As Tim explains: “I have so many different ways that I start and end musical ideas. “Persian Rhapsody” is one of my most popular tracks on Opus Four, and it started from some piano exercises on an augmented second interval. “Dad’s Victory” came to me out of sadness, when I learned my dad had cancer. I just went to the piano and started playing. “Two Hearts” evolved a completely different way, where I had the opening melody for the song and its entire structure in my head for about seven months before I completed it. I just know there are moments when I can see something as simple as falling snowflakes, and I’ll be inspired to write a melody that I think captures that mood. Much of my music is inspired by spirituality and nature.

He goes on to say: “Although, sometimes I get an idea based on nothing at all, and I’ll sing it into my phone if I’m not near a piano. I catalog all my ideas that I haven’t been able to use, and sometimes I revisit them when I’m trying to complete a song or if I’m looking for an idea. I guess my creative process isn’t much of a process at all. There are so many different ways to approach a song. I just try to follow the muse when I find it. I would say that most of what inspires me now is life. Becoming a father, being able to travel to some inspiring places, or even something just as simple as sitting by some water and skipping stones. Life is inspiring.”

When I asked Tim what he would like people to know about him, I was impressed with his answer and I will 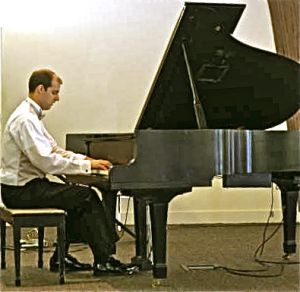 leave the final words of this artist profile to him: “I’d really like fans to know how much I appreciate their support. Sometimes I feel like I write music in a vacuum: I put out the music, and I see playlists and royalty statements that show which tracks are popular, but it’s not until interacting with fans that I know I’ve really made music that is appreciated. One fan showed me his personal playlist and it was entirely made up of my tracks. This was overwhelming to me, to have an impact on someone’s life like that when I’ve never met the person. Other similarly positive words from fans can be a real pick-me-up if I ever have doubts about what I’m writing. I’m extremely grateful.”