The word “confluence” can be defined as: “where streams flow together to form a river.” This is significant, not only in that it is connected to how the duo Minstrel Streams got their name, but also on a much more personal level. Matt and Rebecca Stuart were introduced as fellow musicians under “chance” circumstances to discuss a songwriting project, and to make a long story short, wound up not only creating a musical entity, but also becoming husband and wife just six months later – the ultimate confluence. Since they began playing together in 2008, the duo has released four albums, including their latest, New Horizon.

Both Matt and Rebecca individually have a long musical history that began at an early age. Growing up in Chicago, Matt was drawn to the piano at the age of four and actually began taking classical lessons shortly thereafter at Northwestern University’s Conservatory of Music. Some of his earliest inspiration came from film scores, where he would try to figure out the music to a movie he had just seen, such as Ben Hur, Lawrence of Arabia, etc. He later expanded his musicality to folk guitar after hearing artists like John Denver and Simon & Garfunkel. Matt continued his education at UCLA, which included courses in film scoring and ethno-musicology. Rebecca, who came from southern California, found her musical path on the flute beginning in fourth grade. After taking lessons from two members of the Ventura County Symphony Orchestra, she went on to win awards for her playing in high school band and orchestra. Beyond that, Rebecca has played in a number of bands, as well as at weddings, retreats, and as a co-worship leader. She credits world famous flautist James Galway as a major influence in her music. Matt and Rebecca currently live in Santa Barbara, California where they play in a variety of venues and work on composing their music.

While they have a small home studio there, for this release, appropriately titled 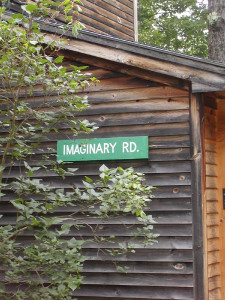 New Horizon, they decided to take their music to the next level and recorded it at Imaginary Road Studio, the well known facility of Grammy winning producer and Windham Hill Records founder Will Ackerman. Although Will often serves as the producer for projects at his studio, in this case he felt the duo was proficient enough to produce the project themselves with the help of “esteemed studio sonic architect” Tom Eaton who engineered, mixed, and mastered the album, as well as playing percussion and accordion on it. As is often the case with albums recorded at Imaginary Roads, a number of Will’s A-list studio musicians contributed their unique talents, including cellist Eugene Friesen, Jill Haley on English horn, string bassist Paul Kochanski, Matt Heaton on Bodhran drum, and vocalist Noah Wilding.

The album’s opening track, “Ancient Mariner,” draws its inspiration from the classic English poem, “The Rime of the Ancient Mariner,” written by Samuel Taylor Coleridge in 1797. It is the story of a sailor’s experiences after returning from a long voyage. Like the poem, the song has its stories to tell as well, and the track wastes no time in jumping right into the thick of it. Eugene Friesen’s sonorous cello soars over Matt’s up-tempo piano arpeggios like the albatross that guided the sailors out of bad weather in Coleridge’s poem. Noah Wilding’s ethereal female vocals add atmosphere to the composition, setting the scene for the entrance of Rebecca’s airy silver flute at around the one-minute mark. Like the above-mentioned separate streams that converge to flow together to the sea, the flute completes the picture and along with bass, all the elements have come together to relate a musical narrative that takes the listener on an imaginative journey of sound. In contrast to the nautical air of “Ancient Mariner,” an earthy ambience pervades on the Native American-themed “Dawn Rising,” as Matt switches to acoustic guitar and weaves an enchanting soundscape for flute, cello, and bass to illuminate like the first rays of sunshine on a brand new day. A track called “On a Distant Shore” introduces the dulcet tones of English horn from multi-instrumentalist Jill Haley, whose own music I’ve had the pleasure of writing about. 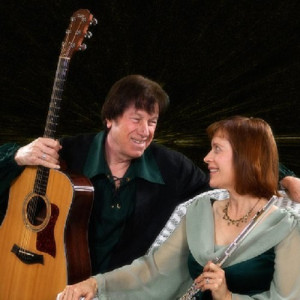 Although the following comment holds true for the album in general, on a track called “Golden Treasures,” I couldn’t help noticing the remarkable sonic synergy between Matt and Rebecca as their parts flowed and intertwined together so perfectly. I’m sure that their loving energy as a couple spills over into their music, and this is a wonderful example. I also enjoyed the introduction of new elements as Rebecca played a wooden Native American flute over Matt’s acoustic guitar in the delightful “Voices of the Wind.” On the album’s title track, they point out: “This particular piece of music reminds us that sometimes it is good to break away from the routine, travel new paths, and grow. This composition and the whole album mark a new direction for Minstrel Streams… orchestrations involving other wonderful musicians. It features flute, piano, cello, bass, and background vocals.” As one of the more melodically adventurous compositions, it makes a stunning signature piece for the recording. Another equally impressive track, and one of the most musically diverse on the album is “Celestial’s Rainbow,” which is described as “a spirited Celtic dance theme that alternates with a Spanish middle section.

Speaking of ethnic influences, a track called “Memories of Kyoto” is inspired by the ancient music of Japan. A nice touch was the way the song opened with the sound of an Asian gong. Moving back to this continent, a piece entitled “Visions for Tomorrow” picks up on the Native American theme heard earlier. Rebecca’s wooden flute weaves a mystical spell accompanied by guitar, bass, and percussion, including Hopi drum. The album concludes with another full ensemble piece called “Simple Pleasures.” According to Matt and Rebecca: “This piece brings thoughts of eating at a French sidewalk cafe with good friends and good wine.” And like a fine meal with friends, the song leaves the listener with a satisfied feeling, a warm glow, and fond memories that linger on after it has ended.

I really enjoyed New Horizon by Minstrel Streams with its earthy blend of folk music, new age, classical, and world music flavors. While Matt and Rebecca bring in influences of various ethnicities and musical styles, these are integrated subtly into their own sound, which maintains a degree of continuity throughout the recording, so that there are not any sudden jumps into wildly divergent genres. The accompanying musicians are also blended subtly into the mix where they perfectly compliment but never distract from the sweet chemistry between Matt and Rebecca. While all the albums by Minstrel Streams are delightful, I applaud them for stepping up the production on New Horizon by recording and producing it at Imaginary Road Studio, which like Matt and Rebecca themselves, is a match made in heaven. There is an unspoken spirituality in their songs, which they call “psalms without words.” Elaborating on this, they share: “We cannot take lightly the God given gift that we have. Our destiny in life is to use this gift to share with others. Our hope is that they, in turn, can enjoy what our music offers – joy, peace, love, hope and mercy.” To which, all I can add is: amen.