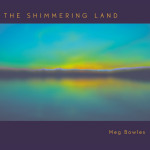 For the past two decades, electronic music composer Meg Bowles has been crafting what she calls “ambient orchestral soundscapes.” Drawing from her training in classical music as well has her work as a licensed psychoanalyst with a particular interest in dreams, shamanism, and Jungian psychology, the music is created to take the listener out of this world to another place, a deeper space. Meg likens her work with sound to that of a painter or sculptor applying layer upon layer to create their art.

All this is far from the career path she started out on, in investment banking. Although Meg, who originally played flute, had completed formal studies in classical music performance from both Northwestern and Boston Universities, she eventually went on to receive an M.B.A in finance from Columbia University. Meg worked in that field for a number of years, until her focus began to be drawn to the abovementioned interests. Her musical palate expanded to include synthesizers and in 1992 she recorded her first two albums of electronic space music: Inner Space and Solstice Dreams. At this point, Meg has released six albums of original music, and her work has also appeared on a number of compilation CD’s. Her efforts have not gone unnoticed, and Meg has received airplay on the highly regarded syndicated radio programs Echoes and Hearts of Space. But even before she was featured on the air, it was this program that sparked her interest in this genre. Although Meg’s foremost influence was classical music, as she recalls: “Even as a child I had a fascination with electronic music which came to the forefront in my life in the 1980s when I started listening to Steve Roach and also to the Hearts of Space radio show. That started me on the road to composing seriously.” 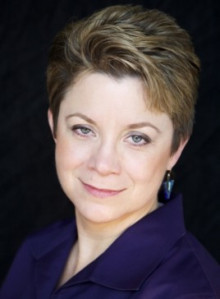 While Meg’s current release, The Shimmering Land, is quite serene, ambient, and spacious, certain elements of her training in classical music can be heard, such as having different sections, purposeful movement, counterpoint, shifting textures and specific emotionalism. According to Meg: “There are some symphonic elements that are more classical in structure, and I do tend to specifically have a beginning, a middle and an ending for each piece. When you first listen, it may sound like you are floating in space, but careful discernment unveils a melody and structure there.” Actually, on the first track, the feeling is more of floating in water, than in space. Entitled “Undulant Sea,” this piece embodies an oceanic ambience with its ebb and flow motion, emulating the tides and currents. The track starts off with such a deep atmospheric flow that I was surprised when a percolating sequence and electronic drum track faded in slowly around the two –minute point. Interestingly though, the rhythmic elements were at a relatively low level in the mix and served to provide a quiet sense of forward motion without overpowering the gentle tone of the composition – unlike a lot of today’s electronic music where the drums dominate the sound. I also liked the effects processing Meg added to the drums, giving them the kind of echoed aura that I associate with the music of Patrick O’Hearn. As the piece evolves, the rhythm fades back out and we are left floating in the expansiveness of the “Undulant Sea.”

The water element is also present on the next track, although in a different form combined with the air element. Entitled, “The Sweetness of Mist,” this song draws inspiration from the haze, which sometimes envelops Meg’s Connecticut island home, where she lives with her husband Richard Price, who is a Grammy winning producer and mastering engineer. Hence, it is no surprise that the sound quality of this album is superlative. In her words: “Mist creates a hushed, mystical, magical environment and recalls the fables about Avalon. I tried to capture the feeling of suspense, the look of diffused light, and the majesty of nature shrouded and not quite seen clearly.” For me, the music perfectly captures Meg’s creative intention. There is a drifting-in-a-dream feel that envelops the listener and evokes mental images of mythical lands and storybook settings. In addition to the drifting misty synthesizer textures, a soft arpeggiated keyboard sequence adds movement. The description of this song and the one before provide a good idea of what the listener can expect to hear in the serene soundscapes found on the album, particularly the next two tracks: “Venus Rising” and “Into The Gloaming.”

At 14:23 minutes in length, “Venus Rising” is the longest track on the album, providing one the ample 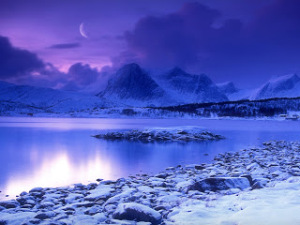 opportunity to go deeply into its celestial ambience. For the next track, “Into The Gloaming,” I must admit that I had to look up the word “gloaming,” to find that it referred to dusk or twilight. The music, however, creates its own definition or interpretation that portrays this magical part of the day in muted tones and atmospheric expansiveness that evolves as it moves into the gathering darkness of night. There is a haunting feel to this piece, as there is on other of Meg’s compositions, that I found quite emotive. As on the first song, track 5, entitled “Beneath The Radiant Stars,” adds subtle percussion at points in the piece. But the aqueous quality of these electronic rhythmic elements is quite unique and was a highlight for me, as someone always interested in hearing new sounds. The album draws to a peaceful conclusion with “Nightwalk Across The Isle Of Dreams.” The title itself goes a long way in describing the sonic essence of the music.

I appreciate that while there is subtle diversity in Meg’s musical landscapes, there is also a sense of continuity that that allows the listener to be drawn along in its current without any major course changes or stylistic shifts. Meg Bowles is a master of audio alchemy with a refined sense of blending electronic sounds and textures to create musical compositions of great depth and elegant beauty. While she is a classically trained musician

who has become a maestro of the synthesizer, it is also her psycho-spiritual leanings that add dimension to her creative process. As Meg explains: “I’m a synthesist in more ways than one because I pull threads together from many different sources, places and feelings. One of the questions I always ask is: How do we want to express our creativity in the world? On a personal level, my interest in the psyche cannot be separated from my interest in creating music. I try to help people reconnect to their inner life by giving them a space to listen to the deepest parts of themselves, and to tell the stories that emanate from that authentic place of soul.” Fans of Meg Bowles earlier works, listeners who enjoy classic electronic space music, as well anyone who wants soothing sounds to relax to will find a lot to like in Meg’s exquisite new release. This is music to drift away with on clouds of sound.