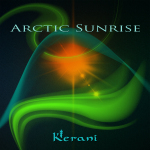 According to Wikipedia, a concept album is “a studio album where all musical or lyrical ideas contribute to a single overall theme or unified story.” I’ve always been a fan of concept albums, and Arctic Sunrise by Kerani is one of the most interesting and unique ones I’ve encountered in a while. In her words: “After the worldwide success of my single “Norway”, I decided to write songs that are inspired by the beauty of the Arctic and Antarctic landscapes. My third album Arctic Sunrise takes you on a journey to the coldest places on this planet. I try to let you experience the miracle of the first sunrise after months of Arctic darkness.”

Kerani is the musical nom de plume, or perhaps nom de synth would be more appropriate, for Erika Kele who currently lives in The Netherlands, although she was born in Belgium. Part of the inspiration for this particular project stemmed from her work as a film composer. Having recently written scores for two documentaries about the Antarctic by the Dutch Institute for Scientific Research, Kerani became fascinated with this lesser-known part of our planet, including some of the expeditions to this region in the early 20th century. Although, in addition to this, she adds: “In this time of global climate change with the polar caps melting more than ever before, I felt it was important to call attention to these beautiful and important Arctic and Antarctica wilderness areas.”

This icy theme fits well with her love of electronic music and synthesizers. Although Kerani began experimenting on 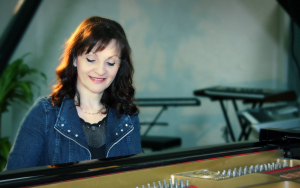 piano at the age of four and taught herself to play while listening to classical composers like Mozart, Liszt, Schumann and many others, it was later in the 70’s and 80’s hearing the electronic music of Jean-Michel Jarre, Vangelis, Kraftwerk, Electric Light Orchestra and Mike Oldfield that she found a new musical direction. Her later discovery of meditation and spirituality further expanded Kerani’s horizons and influenced her music. As she explains: “To me, meditation simply means tuning in, finding balance and connecting emotionally and spiritually with the Source.  I already have a lot to be grateful for and each day comes with a lesson. I believe that now my compositions tell stories that speak to the heart simply because they are made from the heart.”

And her compositions certainly do tell stories. Many tales are told in music on the album, about which she shares: ““When I started writing Arctic Sunrise I imagined an Inuit seeing the first sun on the horizon after six months of darkness.  I wanted to create a feeling of awe, respect and humbleness.” For Kerani, the very idea of an Arctic sunrise is 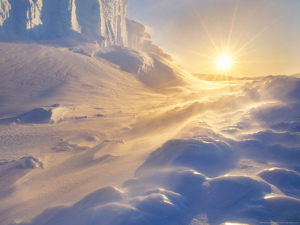 a metaphor for spiritual awakening – “a time of coming out of the cold darkness into the beautiful warm light.” This feeling is reflected in the title track, which begins the album’s journey. I was captivated right from the start by Kerani’s Vangelis-like synthesizer textures that so beautifully evoke the vast frozen expanse of the Arctic and the first rays of the long-awaited sun. Sparse piano phrases and a whispered spoken-word interlude add to the sense of mystery. The second track, “Ice Kingdom,” further expands on this imagery, adding a more orchestral touch with the sound of strings. I appreciated her thoughts about this frozen tundra: “There is something magical and mysterious about a cold, snow-covered landscape. The knowledge that the earth beneath that blanket of ice comes to life each spring is fascinating, almost miraculous.”

And speaking of telling stories, the third track entitled “Far Away From Home,” is a truly epic ten and a half minute musical suite, which Kerani calls “the most dramatic and heart-wrenching piece on the album.” She describes the composition as: “a tribute to Captain Robert Falcon Scott and his British expedition team that perished in Antarctica in 1912 when they raced to be the first explorers to the South Pole, but arrived a month after Roald Amundsen’s Norwegian team.” The piece recounts Scott’s entire journey from New Zealand to the point he and his team reached the South Pole. It is a powerful and musically visual track that starts off with the sound of a foghorn, seagulls, a ship’s bell, and lapping water that draws you into the story with a sense of the adventure and hope they must have experienced at the beginning of their voyage. However, the mood waxes wistful as it evolves, expressing the sadness of how they perished under such brutal conditions, yet ends on a note of triumph for their bravery and pioneering efforts. This is quite a brilliant piece of music-making by Kerani – very impressive! 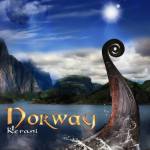 As mentioned earlier, the track called “Norway” pre-dates the album, and in some way, planted a seed for what was to come. According to Kerani: “I wrote the track ‘Norway’ after a cruise to that country.  As we entered a fjord I was standing on the bow of the ship and I imagined what it must have been like in ancient times when the Vikings would return home in their dragonship hearing their wives on the shore humming a welcoming song.” I particularly liked the use of drumming that simulated the rhythm that the men onboard rowed to, as well as the ethereal female vocals in the distance. The inclusion of subtle percussive elements on the track entitled “Drifting Ice” was a nice touch, as were the guitar and flute accompaniment on this lavishly orchestrated composition.

As a synthesist myself, I loved the unique electronic textures Kerani used in the beginning of “Aurora Sky” to evoke its spectral beauty. As she writes: “According to Inuit legend, auroras are believed to be the torches held in the hands of spirits 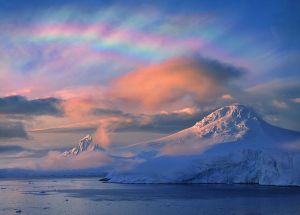 seeking the souls of those who have just died, to lead them over the abyss at the edge of the world. When the spirits wish to communicate with the people of the earth they make a whistling noise and the earth people answer only in a whispering tone. The Eskimo say that they are able to call the aurora and converse with it. ‘Aurora Sky’ is a passionate conversation with the Spirits of the green sky.” I enjoyed the dynamics of this piece as it morphed from mystical and mysterious to a more animated ambience. Continuing in this upbeat mode is “Discovery,” which Kerani says: “captures the excitement of when explorers and scientists finally managed to travel all the way to the North and South Poles.” Parts of this piece, for me, brought to mind the classic “Chariots Of Fire” by Vangelis. At other times, I recalled the sweet piano and synth melodies of Suzanne Ciani. The album draws to a close with the inspiring “Spirit of the Last Wilderness,” of which Kerani shares: “The Poles are basically the last mostly untouched places on our planet, and their Spirit asks us to keep them pure and unspoiled.” (View her beautiful video for this song below.) 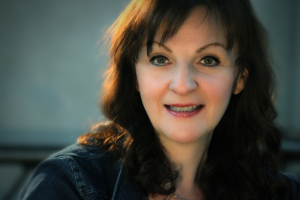 I cannot say strongly enough how impressed I am with the album Arctic Sunrise, and the talents of it’s creator, Kerani. Her background as a film composer is evident in the ability to evoke such powerful imagery in the mind’s eye through the music. Her feel for composition and arranging is stunning, as is her use of synthesizers for orchestration and ambient effect. While Kerani’s foundation is as a pianist, I found it interesting how she uses it sparingly, almost like a spice in a recipe to add a particular flavor, rather than it being the main course. She also has an ear for when to bring in other musicians on acoustic instruments to accompany her. I have mentioned Vangelis as a reference point earlier, and it is not something I do lightly, considering the high esteem in which I hold him. Yet I have no doubt that listeners who enjoy Vangelis will find a lot to like in lush soundscapes of Kerani. In her bio, the album is characterized as: “a true tribute to the mysterious worlds of ice… delicate one moment and majestic the next, and is filled with musical imagery, spirituality, grandeur, and mystery.” I emphatically could not agree more. Arctic Sunrise is a masterpiece of sonic storytelling.