Ever watch the anchors on the evening news and wonder what their life is like and what else they do when they are not bringing you the late-breaking stories of the day? You might be surprised, as I was, to find that one of them, Bill Leslie, an anchorman and reporter at a CBS affiliate in Raleigh, NC. is a master Celtic musician. In his television journalism career, Bill has won more than 80 major news awards, including five Emmy’s, and two Peabody Awards. But when the “On Air” light goes off, his attention often drifts off to the kind of music you might hear wafting through the rolling hills and highlands of his ancestral home of Scotland. This is more than a passing fantasy, and Bill has garnered numerous accolades as a recording artist and internationally acclaimed composer. One of the most impressive comments about his work as a recording artist came from none other than world-renowned cellist Yo-Yo Ma, who called Bill: “one of the greats in modern Celtic music.”

Its been close to a couple years since I wrote about Bill’s last CD release: A Midnight Clear – Christmas In Mitford. That album, like all six of the ones he has produced have been critically acclaimed and achieved great chart success – even reaching number one on Zone Music Reporter and being named “Best Holiday Album by international radio hosts. As much buzz as his previous albums have generated, in speaking of this new one Bill says, “I have never been more excited about an album. Everyone who worked on this project was totally committed during every step of the journey.” In addition to the acoustic guitar, grand piano, Celtic whistles, violin, cello, and oboe that are generally found on his music, this one adds accordion to “give the music a richer Celtic dimension,” according to Bill. And speaking of adding to the sound, the recording features the talents of superstar mastering engineer Greg Calbi who has worked with the likes of Paul Simon, John Lennon, Bruce Springsteen, Bob Dylan, Norah Jones, and many more.

Bill shares a bit about the inspiration for the recording: “A trip to Scotland inspired this album. The summer 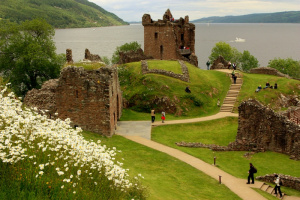 vacation was a college graduation gift to my son Will. He wanted to see the land of the ancient Leslie clan. He wanted to taste the food and drink of Scotland and spend late nights chatting with the locals. He wanted to walk the grounds of castle ruins and reflect on the haunting histories. New melodies grew out of those quiet moments just before and after dawn.” The album includes nine original songs and five traditional tunes. In an interesting synchronicity, the day before I sat down to listen to this music, I happened to catch a documentary on PBS about a well-known Celtic musician from Scotland that featured footage about her country and the areas that inspired her music. So that when I listened to this music the next day, I had many visual images in my mind that provided additional context. However, Bill’s music is so evocative that it creates its own context. But watching the documentary I was taken by what a lovely country Scotland is, and what a rich cultural heritage it has. 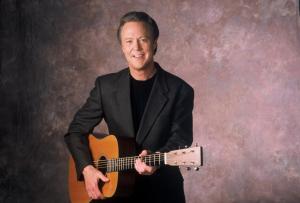 So with that in mind, I put on the CD, which opens with the title track, “Grace Of The Wild.” As Bill’s gentle fingerstyle acoustic guitar is joined by the soulful violin playing of Jennifer Curtis setting the mood, it occurred to me that the use of the word “grace” could not be more appropriate in describing the feel of this piece. The track soon blossoms with piano and accordion (Bill Covington), cello (Nancy Green), oboe (Melanie Wilsden), as well as Bill multi-tracking on Celtic whistles and keyboards. There is an air of sweetness tinged by the slightest trace of melancholy, expressing an archetypal quality often found in Celtic music. This composition is stunning and is a wonderful beginning to the album. The title of the next song, “Loch Lomond,” initially caught my attention as there a place by that name on the water just a few minutes from were I live in the San Francisco Bay area. However as soon as the music started, I recognized the melody as a Scottish traditional tune, also called “The Bonnie Banks o’ Loch Lomond,” and known for the lyrics: “You take the high road, and I’ll take the low road, and I’ll be in Scotland before you.” The song was first published in 1841, and reinterpreted many times since then by musicians as diverse as Benny Goodman, Bill Haley & His Comets, and even the hard rock group AC/DC! However, Bill’s instrumental version is much more traditional (thankfully) and captures the sentimentality that the song is known for.

With fourteen songs on the album, I won’t go into detail on each one, but will give more of a big-picture 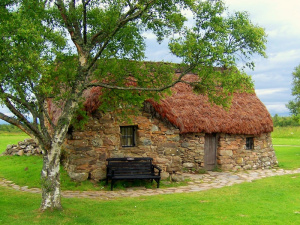 overview with highlights. Another of Bill’s beautiful instrumental renditions of a well-known Scottish folk tune is “Black Is The Color,” also traditionally called “Black Is The Colour (Of My True Love’s Hair,) which has also been covered by countless musicians and singers over the years. However, the majority of the songs on the album are original compositions and I could not help but be impressed with Bill’s sensitivity and skill as a composer and arranger. Each song so exquisitely embraces the spirit of Scottish Celtic music that when heard side by side with time-honored traditional tunes, it is hard to tell the difference in their origin. There is an air of authenticity, which permeates each and every song. I can’t help but wonder about, or find the words to express that mysterious quality of Celtic music that can evoke feelings of happiness and wistfulness at the same time. The word “bittersweet” doesn’t quite convey this ineffable attribute, so it is best left to experience rather than to analyze.

I think that in the past few decades, the popularization of Celtic music in film soundtracks, has lent a visual quality to the genre, and makes it easy to picture a cinematic scene in the mind’s eye while listening to the music. And Bill’s music is certainly no exception. In addition to internal imagery, it’s easy to imagine almost any song on this album as being from a movie soundtrack. I could picture a dramatic scene with two lovers rushing towards each other, arms open wide, on the “Bridge Of Lochay.” I particularly enjoyed the haunting ambience of a track called “Across The Moor,” which closes the album, and features a solo performance by Bill on a low D Celtic whistle enhanced with reverb for an ethereal effect. While Celtic music can range from mournful ballads to foot stomping jigs, the music on this recording sits mainly in the middle of this range, leaning towards the soft and sweet side of the spectrum. I appreciated this continuity, which makes the album a wonderful choice for relaxation and reflection. After savoring each track, I fully understand Bill’s excitement about this release, which is possibly the crowning achievement of his musical career to date. This is not new age or contemporary instrumental music that has a bit of Celtic influence, but is the real thing, and is certainly an album that fans of the genre will want to add to their collection. 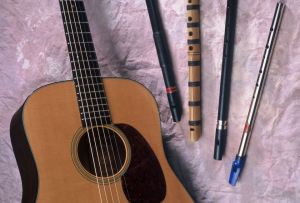