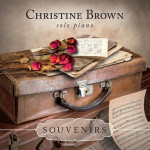 There’s an old saying: “When life gives you lemons, make lemonade.” Although for pianist/ composer Christine Brown, it might be more appropriate to say: “When life gives you lemons, make music.” This is not to say that all of her composing has been inspired by life’s challenges, but the piano has certainly been a place where she could pour her heart out, and in turn, create some of her most evocative music. Back in 1990, her mother passed away, and according to Christine: “I was 28, and I think I wrote more than twenty songs in a matter of months. It was a great comfort to me to be able to express my emotions on the piano, and it was a real turning point for me.” Years later, in 2011, after struggling with a debilitating neuromuscular condition, and even more so, the diagnosis of her son with a serious illness, writing music helped her cope and resulted in an album called The Wishing Well, which was, for her, a chronicle of that difficult period.

In an interview with Music and Media Focus, Christine shared: “ Many things inspire me in my music. Whatever emotions 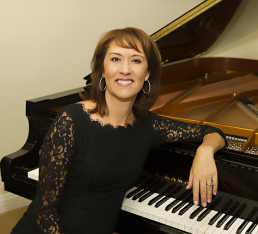 I’m feeling when I sit down at the piano, seems to be re-created through my music, like my mind and heart are connected to my hands. I don’t know how else to describe it. My children, my family, simple pleasures, the beauty of nature – inspiration surrounds me. Some of my most popular songs have come from extreme joy and heartfelt pain, but all are life experiences that I feel the need to express, and I am so happy I can do this through music. It can be as traumatic as the loss of a friend or the challenges that people I love face, or simply the joy and beauty of a sunrise or the falling rain. There is always underlying gratitude for these experiences, even the painful ones, because challenges can make us stronger, reminding us that life is a gift.”

The piano has been a part of Christine’s world since she was only 3 years old, picking out melodies and making up songs on her grandparents upright piano. Here, Christine shares a bit about her musical development: “I started lessons at age 7, and loved learning to read music, it felt like a whole new world opened up to me! Instead of being told to practice more, I was often told to take a break, stop playing! I loved learning a new song and the feeling of accomplishment that it gave me.” She has come a long way from her first composition called “The Flower Ballet” which she wrote when she was around 8 or 9. While her lessons immersed her in the classical music of Chopin, Beethoven, etc. a revelation came later in life when she was exposed to the more new age piano music of George Winston, as well as Peter Kater, who Christine used to see playing in a hotel in Boulder, Colorado where she attended college in the early 1980’s.

Since then she has gone on to become an award winning pianist and composer, with this current album, Souvenirs, her 10th recording, being chosen for “Best Piano Album of 2014” by Whisperings Solo Piano Radio. Her CD was selected from over 100 albums that were voted on by a panel of pianists and composers. A number of her previous albums have also received a variety of nominations and accolades. In addition, Christine has the rare honor of being selected as an official Kawai Piano Artist, representing this esteemed piano company. While being recognized on these levels is certainly an acknowledgement, Christine’s motivations are rooted in more personal soil. In her words: “When a song you’ve poured your heart into connects with another person, it’s truly rewarding! Playing relaxes me, soothes my soul and gives me a way to release my emotions. I never feel I have to play, but I needto play, it’s just a part of me, and always has been. I hope I can reach as many people as possible with my music, and bring calm, comfort, and joy to people’s lives. I really believe being a musician is a gift, and the music comes from another place, through me, and I feel so lucky to be able to share it.” Incidentally, although Christine recently bought a new top of the line Kawai piano, she chose to record Souvenirs with Joe Bongiorno at his popular Piano Haven Studios in Sedona, Arizona.

I had a nostalgic moment as I opened the CD packaging and saw that the disc was designed to look like the kind of old 45 rpm records I grew up with – a nice touch! Actually, the idea of nostalgia plays into the album’s cover and title. As Christine describes: “When I began looking at images for the album artwork, I wanted the concept to reflect nostalgia – travels, memories, and souvenirs while also conveying the musical aspect.” Hence the images of vintage suitcases and old music manuscript sheets.

The album gets off to an exceptionally strong start, with “Rhythm of the Rain” that blows in like a summer storm, with the 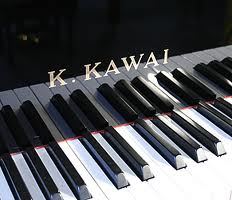 first drops falling gently, and eventually building in rhythmic intensity, drenching the listener in liquid arpeggios and soulful chord structure. This is perhaps, my favorite song on the album. Once the storm has passed, we shift into ¾ time for the album’s title track with its more melancholy ambience. This was one of the above-mentioned songs that evolved out of a difficult time in Christine’s life. Originally titled, “Bittersweet Waltz,” it was written to commemorate the passing of a dear friend. According to Christine: “Souvenirs don’t necessarily have to be objects, they can be memories of a person you cherish and miss.” Another composition born out of a time of transition is the unusually named “Shiver.” Also a waltz, I greatly enjoyed its graceful sweeping cadence and cinematic flair.

Both the sun and the moon inspire Christine’s creativity in a lovely pair of songs respectively titled “Prelude to a Sunrise” and “Chasing the Moon,” that celebrate two distinctively different times of day, yet share a lightheartedness in contrast to some of her more wistful tunes. Christine makes perfect use of an appropriately descending chord structure on “Aqua Abyss,” which for me evoked images of a mermaid drifting languidly through the watery depths. A somewhat similar energy is felt on a piece called “Traveling Dreams,” which Christine characterizes as having “a dreamy, lazy vibe to it.” Originally inspired by a cross-country train trip, it captures the mesmerizing reverie one can slip into as the miles go by. And reflecting another kind of movement is a composition entitled “The Hour Glass,” which conveys the unstoppable passage of time. The album draws to a most gentle conclusion with a lullaby called “Cashmere Clouds,” which leaves the listener feeling like they have been tucked in to a soft warm bed and ready to drift off into dreamland. 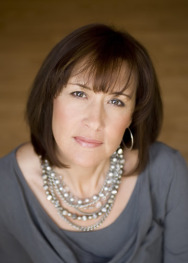 I can definitely see why Souvenirs was chosen to receive an award like “Best Piano Album of 2014.” It’s a radiant recording that reveals the heart and soul of an immanently talented composer and instrumentalist. While Christine has impeccable technique on the piano, which I greatly enjoyed listening to, what impressed me as much was her writing. If I had to choose one word to describe Christine’s musicality, that word would probably be “expressive.” Each piece tells a story born of personal experience and deep feelings. Christine’s compositions resonate with an emotional eloquence that is profound and moving, whether inspired by life’s challenges or joys. Fans of solo piano with neo-classical and new age influences will certainly want to make Souvenirs a part of their music collection.