With the title of award winning pianist Louis Colaiannia’s previous album being The Next Stage, and his latest release titled Closer, it certainly sounds like he is on a trajectory towards reaching his musical goal. However, after listening to this new album, I get the feeling that he may have already arrived. Having had the pleasure of writing about The Next Stage, as well as the one before that, A Moment Between Eternities, I’ve become quite familiar with and also fond of the piano virtuosity of Mr. Colaiannia (coal-ee-AH-nah). The feature articles I wrote for those albums contain a lot of his background info, so I’ll refer readers who may be interested to those here on Music and Media Focus.

As a pianist and composer, Louis has always brought a variety of influences to his music. On A Moment Between Eternities, his classical background was evident as it blended with the subtle colors of new age music. The Next Stage was yin/yang mix of smooth jazz and new age, with most of the songs predominantly in one camp or the other. On Closer, however, Louis sharpens his focus, while expanding his horizons with a recording that gravitates much more fully than any of his preceding ones toward the new age side of the spectrum. And to help him toward that end, he 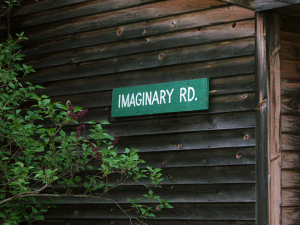 has chosen to work with one of the icons of the genre – Grammy award winning producer and Windham Hill Records founder Will Ackerman. At the time of Louis’ last album, he mentioned that he was planning this collaboration, and now that it is here, I’m thrilled, having looked forward to this for a while. Of course, recording at Will’s bucolic Vermont-based Imaginary Road Studio generally means having access to some of the finest studio musicians available, and this one is no exception. A more detailed listing of these stellar accompanists will be included in the following discussion of individual album tracks.

And the first of these is, of course, track one, entitled “Aurora.” This song, however, has a bit of a sad inspiration behind it. According to Louis, who is a Denver resident: “I wrote ‘Aurora’ during the hours and days following the horrific tragedy in my community; the shooting at the Aurora Theaters on July 20, 2012. ‘Aurora’ is dedicated to all the victims, families, and first responders who were impacted by the tragedy and all proceeds from this song will be donated to victim’s assistance funds through COVA (Colorado Organization for Victims Assistance).” Knowing this, it was hard not to get choked up listening to the wistful strains of Louis’ slow and spacious melody. Midway through the song, he is joined by the always tasteful Jeff Oster on flugelhorn, as well as by the ethereal wordless female vocals of Noah Wilding, adding a bit of misty Enya-like ambience. Simple, yet profound, the composition conveys the depth of emotion that was felt by so many around the world in response to this tragic event. 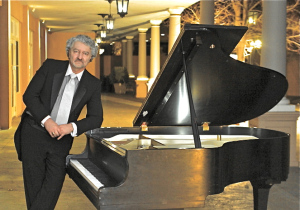 A bit of this melancholy air carries over into the next song as well. On “The Way Of The Rain,” Louis uses the tinkling sounds of the upper register piano keys to evoke the sound of raindrops. Accompanists on this piece include frequent Will Ackerman collaborator Jill Haley on English horn and superstar bassist Tony Levin, who is known for his work with Peter Gabriel. For me, the song conjures the feeling of staring out the window on a rainy day, lost in thought. Track 3, entitled “Godamia”, also features Tony Levin and Jill Haley, as well as percussionist Jeff Haynes, who has played with the Pat Metheney Group, and Paul Winter Consort member Eugene Friesen on cello. By the time I got to this track, I was aware of a major difference between this album and Louis’ last one. This is a much quieter, more reflective body of work. As Will Ackerman concurred: “the album purposefully shows a simpler and more introspective side” of Louis’ music.” While both albums have other musicians on them, on Closer, the accompaniment, while always supportive, is subtle, providing a touch of accent, compared to more of an ensemble feeling on The Next Stage. Although straying from this paradigm a bit is the next track, “Sailing,” which feature six musicians in addition to Louis, who fill in the song quite a bit in the middle section.

The album also features two solo piano pieces, including “Breathing,” which borrows a melody from The Next Stage, but slowed down considerably with a different emotional vibe to it. This is an interesting re-contextualization that is also shared with a track called “Air.” The sonorous strings of Eugene Friesen’s cello add a poignant note to the appropriately titled “Journey Inward,” along with Jill Haley’s haunting English horn phrasing.  Although tinted in shades of blue, the next to the last track, entitled “Tears,” was one of my favorites. I was particularly drawn in by Louis’ arpeggiated notes over a descending motif, along with some notably powerful cello work by Eugene. While, for the most part, Louis presents a decidedly understated side of his piano artistry on the album, in the midsection of “Tears,” he opens up and gives a taste of the more powerful, yet elegant, keyboard work heard on The Next Stage. It was nice to hear that again, if only briefly. Although, “Lullaby,” the solo piano piece that closes the album reflects a bit of that as well, later in the song.

Not to belabor the comparison between this album and his last release, but I think that one of the strong points of 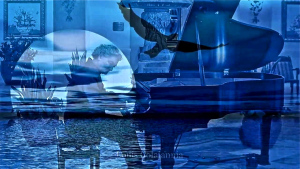 Closer is that it provides a much more cohesive listening experience. The mood that is set within the first few tracks is pretty much consistent over the course of the recording. It is contemplative and introspective throughout, as compared to the emotional and stylistic diversity of The Next Stage. This makes it perfect for someone who wants to put on an album to set a mood for either focused listening or background music. As much as I loved Louis’ previous blend up up-tempo jazz and contemporary instrumental genres, I think that this more focused approach will serve to expand his audience and the album’s accessibility. Closer has a distinct musical identity based on Louis’ exquisite piano work, and further enhanced by the magic of Will Ackerman’s studio and his world-class accompanists. As one of my favorite pianists in this genre, Louis Colaiannia presents yet another facet of his musical spectrum on this emotionally evocative and musically meditative album.