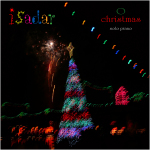 Fresh on the heels of his highly acclaimed chart-topping CD, Reconstructed, Isadar gifts us with a sparkling new album of holiday-themed instrumental music for solo piano, entitled “O Christmas.” Given the proximity to his recent release, one might assume that this one was quickly produced, but in reality O Christmas has been 7 years in the making. Various circumstances including other recording projects, a segue into the field of video production, and a cross country move from NYC to the west coast and later back again, created delays with the completion of the album. But as they say, “good things come to those who wait.”

One of the most interesting things about this album is the fact that the selections are traditional Christmas songs, yet some were chosen because they are less well known, or “off the beaten path” as Isadar characterizes them. This follows the pattern set by his 1999 Christmas album “In Search For The Meaning Of Christmas,” yet this new CD mines even deeper in its quest for interesting and unusual choices.

The album begins with a track called “Good Christian Men.” Steeped in history, the song dates back to 14th century Germany and its Latin title was originally “In Dulci Jubilo” before it was translated into English in the 1800’s. Isadar’s interpretation creates a lively and festive air that makes a perfect portal to the recording. The high-spirited mood continues on the next song, “Teddy Bears Picnic,” which although not technically a Christmas song, has been interwoven by Isadar with “March Of The Toys” to tie it in with the holidays – a clever arrangement of these intriguing melodies. One of the more well-known carols on the album is “O Christmas Tree” and is sure to have listeners humming along with it’s familiar refrain. 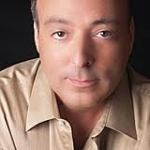 A track entitled “Still” is an innovative rendition of the classic “Still, Still, Still” which Isadar has put his own spin on, or as he jokingly puts it “jazzed up shamelessly.” No such liberties were taken on the classic “O Come, O Come, Emmanuel,” however. This song provides a showcase for Isadar’s accomplished grand piano work, featuring lush left hand arpeggios creating a strong foundation for his more delicate right hand melodies to dance upon – a powerful and moving combination. Another of the less well known, yet equally inspiring tunes is a Puerto Rican carol entitled “Song Of The Wise Men.” It has been said that: “Christmas is, above all, a children’s holiday, and many hymns are addressed to children, reminding them that the real reason for the sugarplums and Christmas trees is the celebration of the birth of the Christ Child.” This theme is well reflected in Isadar’s choice of “O Come Little Children,” based on a carol from the 1800’s.

Among my favorite tracks on the album are the wistful strains of “Greensleeves 2012,” which Isadar interprets with elegance and grandeur and also pays ‘homage’ to Liz Story’s brilliant take on this enduring composition. This is followed by a rendition of “Masters In This Hall,” which can best be described as, well… “masterful.” The song dates back to the sixteenth century, and is another of the less well-known tunes that Isadar has chosen to feature. The album draws to a close with Isadar invoking artistic license on what is perhaps one of the most unique and liberal versions of a classic carol heard here yet. Based on “We Wish You A Merry Christmas,” Isadar characterizes it as “an uninhibited melancholy arrangement.” While I don’t know if “melancholy” is the word I would use to describe it, it does have a pensive quality and is presented more as a nocturne than usual lively carol it is known as. I really liked the interpretation and respect Isadar’s creativity and distinctive rendering of the song. 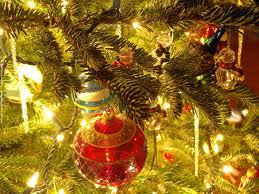 “O Christmas” is an exceptional holiday collection, not only for Isadar’s elegant grand piano artistry, but as well for the interesting and sometimes unexpected repertoire contained within. Like ornaments on a tree, the songs adorn the album, enhancing its beauty with their diversity, individuality, and timelessness. Given the well-deserved accolades and popularity of Isadar’s distinctive piano style, I’m sure that fans will want to include “O Christmas” in their collection and make it a part of their holiday tradition.