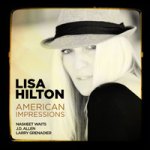 In the galaxy of contemporary jazz piano, one of the brightest stars to shine is Lisa Hilton. The highly regarded publication JazzReview even referred to her as “The Lioness Of Jazz.” And by contemporary jazz I’m not referring to so-called smooth jazz, happy jazz, or jazz-pop, I’m talking about the real thing – adventurous post-bop jazz that is not afraid to color outside the lines or tread close to the edge. While Lisa is influenced by a range of the greatest musicians and composers of all times including Beethoven, Debussy, Duke Ellington, Count Basie, Miles Davis, Thelonius Monk, and many others, she honors the past while being firmly rooted in the present, with an eye on the future. She believes in tradition expressed in new ways, and goes on to say: “I feel very strongly that this generation of jazz artists will create a body of work that will become the classics of the future. Music today combines elements of our past in new ways that speak of contemporary life.”

Music, and piano in particular, dwells deep in her DNA. Lisa’s great uncle was Willem Bloemendaal, an early 20th century Dutch piano virtuoso whose life story she was greatly inspired by. In the small central California coastal town where Lisa lived in her early years, she not only taught herself to play, but began creating elementary compositions. It wasn’t long until, at the tender age of eight, she charted a course for her life and began formal training in classical and twentieth century piano literature. Her education was well rounded however, and she eventually went on to college to study art. The concepts of design that she studied are still integrated into her music and composing to this day. She sees the piano as her true “voice,” and shares that “when I play, I’m communicating our world through the notes.” With a career that boasts an impressive 16 CD’s and over 170 iTunes tracks that have gained worldwide radio airplay and awards, Lisa is certainly making her “voice” heard. However, she also communicates through other media and is a published author with her own blog for over a decade, as well as writing articles in jazz magazines, and currently working on a book about musicianship.

And speaking of musicianship, her latest CD, American Impressions, is a sterling example. Over the years, Lisa, whose musical brilliance has been compared to Bill Evans, Dave Brubeck, Oscar Peterson, and George Shearing, has surrounded herself with some of the top players in jazz, and this project is no exception. Her band members are all Downbeat Critic’s Choice award winners with extensive music industry credits. J.D. Allen, who accompanies Lisa on tenor sax, has played and toured with, among others, Ron Carter, Jack DeJohnette, and drummer Cindy Blackwell (who, incidentally, recently married Carlos Santana). Another drummer of note, Nasheet Waits, provides the rhythmic propulsion for this group, as he has with Kurt Rosenwinkel, Jason Moran, and more. And rounding out the quartet is Larry Grenadier on bass, whose credits include touring with Brad Melhldau, and recording with Pat Metheney, Joshua Redman, Chick Corea, and others. Quite the all-star line up!

The conceptual focus of the album flashes me back to a late 60’s song by The Steve Miller Band, entitled “Living In The USA.” Although I’ll let Lisa articulate it from her perspective: “As American composers George Gershwin, Aaron Copland and others have done, I seek to create musical experiences focused on impressions of everyday life in America- everything from subways to rain showers that we share in common. As an American composer and pianist, I embrace or reference our great traditional music: jazz, blues, minimalism, Americana, and our songbook of standards, in a way that is embedded in the twenty-first century.”

The album generates some heat on the opening track called “Too Hot.” Actually, the piece manages to be both warm and cool at the same time. Lisa kicks it off with a piano intro based on a two-chord modulation, setting the scene for the other group members to add their fuel to the fire. When the sax eventually made its entrance it brought to mind, at least for me, the classic quartet of John Coltrane with McCoy Tyner, one of my all time favorite dynamic duo’s. Lisa and group establish a nice groove that sustains for the whole song, with a mid-section that moves toward the “outside” a bit, before settling back in. One of the outstanding features of Lisa’s music is its diversity. The album reflects an ever-changing spectrum of styles, moods, and influences. A good example of this is on “When It Rains,” which opens with cascading piano arpeggios, washes of cymbal, and the textural percussion of brushes on drums, before evolving into a light melody with lovely liquid piano notes raining over cello-like bowed bass. This is one of Lisa’s more impressionistic pieces, and one of my favorites.

Things shift quickly to another track on the next piece entitled “Subway.” With its fast pace and urgent sense of forward motion, it perfectly captures the vibe under the streets in a city like New York. As might be expected, this is one of the edgier compositions, and is a wild ride – hang on. Then, providing a perfect breather, is “Accidental Romance,” a laid back bluesy number, perhaps influenced by Lisa’s long time love for artists like Muddy Waters, Buddy Guy, etc, although in a jazzier, more free flowing style than the standard 12 bar blues.

An intriguing choice for a cover tune is an instrumental interpretation of Joni Mitchells “Rainy Night House,” which first appeared on her Ladies Of The Canyon album released in 1970. This is a whole other piece of Americana and a welcome addition to the patchwork quilt this album represents. Its quiet sensitivity conveys considerable emotion and does a good job of representing Joni in spirit. The aquatic ambience continues on the next track with the appropriately named “Waterfall,” which would make a nice trilogy with the preceding track and “When It Rains.” The album’s other standard tune is “Echoes Of Harlem” by Duke Ellington. I really like Lisa’s and the group’s interpretation of the song, which oozes with urban cool.

In addition to her career as a recording artist and performer, another thing that is equally cool is the work the Lisa does with children who have visual handicaps. For a number of years, she has been involved in conducting workshops and playing with young musicians who are blind or visually impaired in various schools and facilities for youth in Boston, Chicago, LA, and other places. Lisa’s desire to use her music and talents as a vehicle to serve others is perfectly reflected in her creative philosophy: “The object of art is to express and communicate and move others. It is always my desire to touch people deeply through the art in my music.” 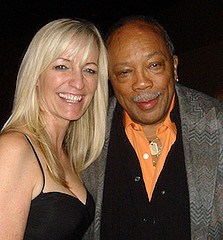 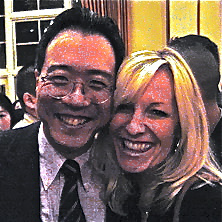 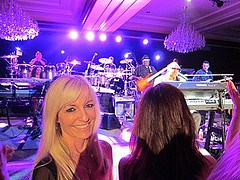